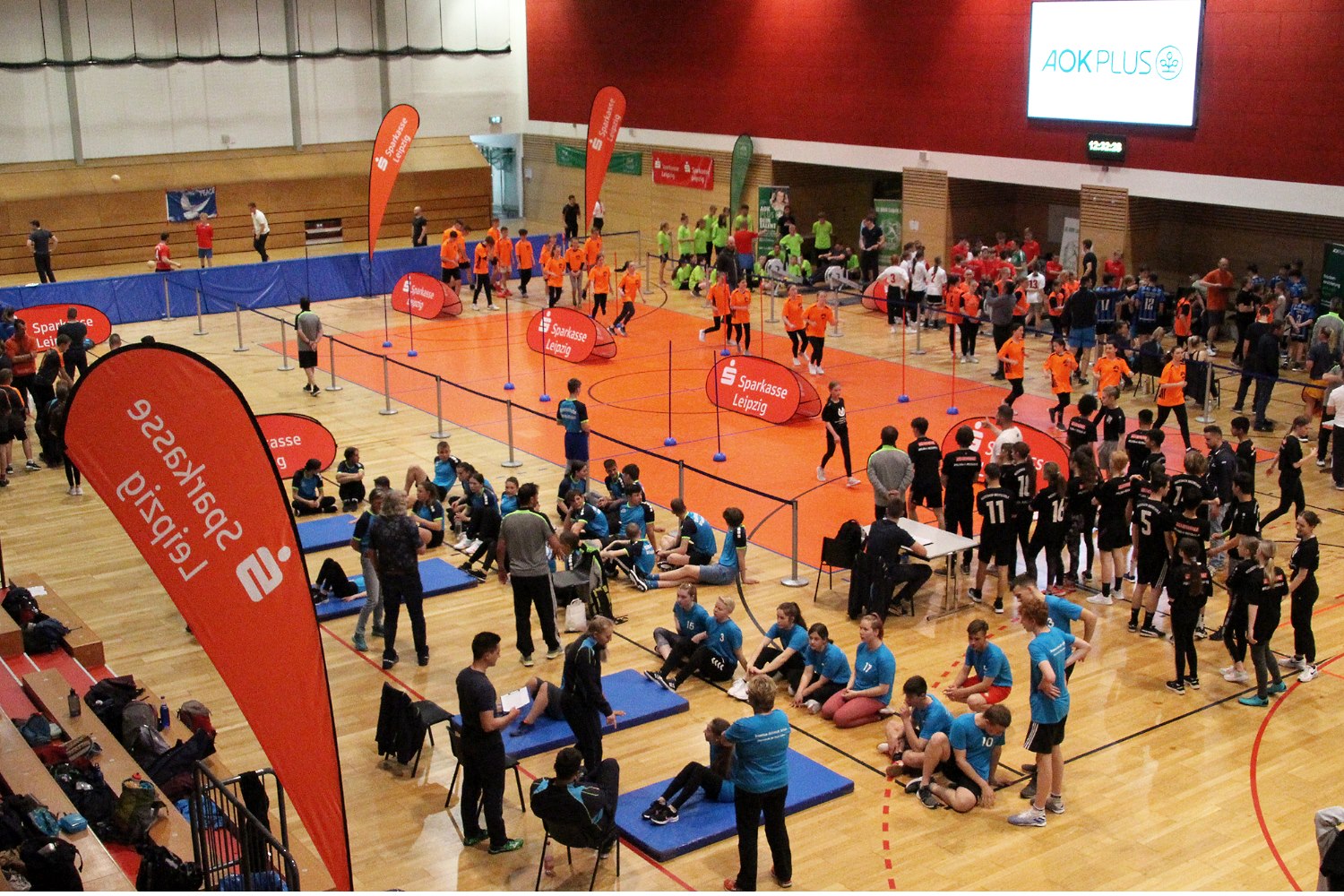 Whether on the rowing ergometer, push-ups or jumping rope: The fittest school in and around Leipzig was searched for the seventh time in the Sparkasse fitness heptathlon on Wednesday. 14 schools with more than 330 children and young people followed the invitation of the SC DHfK Leipzig and the State Office for Schools and Education to the Brüderhalle. The title of most athletic school was won hands down by Wiederitzsch High School for the seventh time in a row.

Loud cheers on the rowing ergometer, high fives on the slalom race. What a nice bustling hustle and bustle in the Brüderhalle yesterday! After a two-year break from Corona, 14 schools were finally able to compete again in the Sparkasse fitness heptathlon, organized by SC DHfK Leipzig and the State Office for Schools and Education. The joy for the return of the popular contest was evident in the more than 330 students from 5th to 10th grade and their teachers.

“It was great to finally experience a full hall again and to see how much fun and emotions the students had,” said organizer Steffen Matthes from SC DHfK Leipzig. “Thanks to all the sponsors, especially Sparkasse Leipzig as official title sponsor, AOK Plus and the Leipzig Police College, who supported the event with 40 referees. Without them, the Sparkasse Fitness Heptathlon would not have been possible.”

In the pursuit of the fittest school, as also became apparent after the two-year break, there is no way around the Oberschule Wiederitzsch in and around Leipzig. The students around the sports teacher couple Anett and Jens Roßberg once again impressively demonstrated this. With a lead of more than 1,300 points, they more than clearly beat Immanuel-Kant-Gymnasium and Musikalisch-Sportliches Gymnasium Rahn Education, who immediately took third place when they first entered.

Wiederitz’s success is no accident: Throughout the school year, the students have been preparing for the Sparkasse fitness heptathlon, training once a week in a specially created fitness club.

Not only was teacher Jens Roßberg happy that they could finally compete with other schools again: “The students really missed this competition. They kept telling us when things would finally start up again. The team spirit from 5th to 10th grade is just brilliant in this competition. So everyone was able to beat their training performance today. But I never thought we would win so clearly.”

Sports teacher Heike Becker from the Immanuel-Kant-Gymnasium had a smile on her face: her school came the closest to winning the Wiederitzsch series this year: “The Sparkasse fitness heptathlon is simply a wonderful and entertaining competition in where there is a great feeling between the students of the different grades and everyone encourages each other.”

The teacher was more than happy with the placement: “We are very, very proud to have come in second place for the third time,” says Becker. Will you be able to tickle the seemingly overwhelming Wiederitzscher next time? “We would like to bring the deficit back below 1,000 points. For example, first we’ll practice a bit on the rowing ergometer”, Becker gives a little perspective.

The Musikalisch-Sportliches Gymnasium Rahn Education also has a good chance at the next edition, jumping straight to the podium with third place in its first participation this year. Student Elena Günther, track and field athlete at SC DHfK, won the individual classification for girls in grade 9 and was enthusiastic about the premiere: “It was a really great atmosphere, today and also in the run-up to our preparation with the most youths”. years. We were hoping for a place in the top 3. Of course, it’s great that everything turned out that way.” And who knows: maybe next year we can attack to the top.

The results of the “7. Sparkasse fitness heptathlon for schools”: