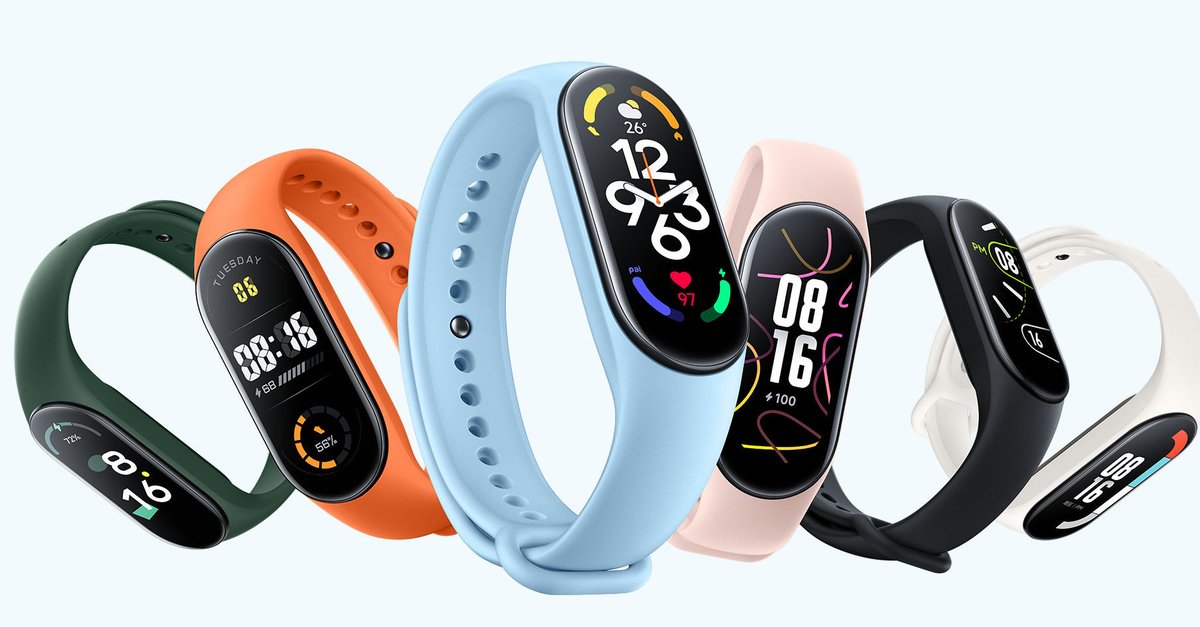 Xiaomi builds not only smartphones but also fitness trackers with great success for many years. With the Xiaomi Band 7, a new model has now been introduced that has become slightly larger again.

May 25, 2022 update: Xiaomi has officially launched the Band 7 in China. The AMOLED screen grows to 1.65 inches, which makes it easy to read the values. Battery life should be noticeably better and more than 120 sports are supported. There is a model with and without NFC function. Prices are the equivalent of 42 euros for the NFC version and 35 euros for the normal version. That is much more than the previous ones. The Xiaomi Mi Band 6 costs just over 30 euros in Germany (see Amazon). If the new fitness tracker arrives in Germany, the price should also go up here.

You can see the new generation in the video:

Almost a year after the launch of the Xiaomi Mi Band 6, a successor is announced. The Chinese company Xiaomi Band 7 officially presented in China on May 24. The company has already shared a corresponding image:

From a purely visual point of view, nothing will change at first glance. The internal values ​​will probably be reviewed. For example, it is expected an NFC version, with which you can also pay. Even more would be possible in China, where the NFC function is supported by more services. It is not known whether this will soon also be possible in Germany. Perhaps one is finally starting a cooperation with a payment service provider. It was recently announced that Xiaomi is working with Vodafone in Germany.

According to the current information, the display of the Xiaomi Band 7 is still 1.56 inches tall. In the image we can see that the pulse can be measured. More features could be implemented as more and more companies introduce healthcare features. For example, a temperature measurement would be very useful. All that is not confirmed yet.

What can the current Xiaomi Mi Band 6 do:

The price of the Xiaomi Band 7 has already been revealed in a leak (source: igeekphone). At least in China, the fitness tracker costs 269 yuan, which is about 38 euros. In Germany, the predecessor went on the market for 50 euros, but is now available for 35 euros (see Amazon). It can be assumed that Xiaomi Band 7 will also arrive in Germany. In the end, the only question is when will that be the case.