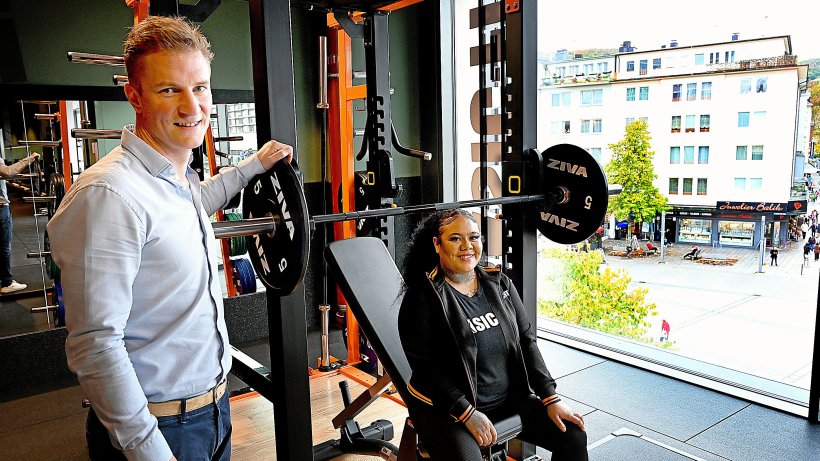 hagen
The Basic-Fit gym has opened in the city of Hagen. What is offered there and how many customers have already registered.

The dominant color is orange. It’s no wonder, after all, that Basic-Fit’s headquarters are in Hoofddorp, near Amsterdam, in the Netherlands.

Today, Monday, October 24, the gym on the second floor of the Volme gallery was inaugurated. Sports lovers or those who want to increase their fitness can now work up a sweat, lift weights or pedal on wheels in an area of ​​1825 square meters.

Hagen is the second branch in Germany

Hagen is the second store that Basic-Fit opens in Germany; Oldenburg began on October 7. “We are on an expansion course and would like to open a few more clubs in Germany in the coming months,” says Jos Eemstra, expansion manager for the Dutch chain.


For weeks now, Basic-Fit has been drumming its launch in the Volme gallery on social media and in the advertising flyers of the opening offers.

How did the people of Hagen receive the message that Basic-Fit is opening a club in the middle of the city center? “Very good, quite a few people have already signed up, we are very happy about that. As we are a public company, I am not allowed to talk about numbers. But we are already satisfied”, underlines Jos Eemstra.

Endurance is a top priority in the front area of ​​the gym. Here you can train on treadmills, ellipticals and a total of 14 spinning bikes. Strength training with slightly lighter weights is offered in the middle of the area, in the direction of Friedrich-Ebert-Platz (with a clear view of the city center square) is the dumbbell area with some heavy weights.

Customers access with a card or through an application and a QR code and go through a turnstile.

“There are two changing rooms for athletes, as well as eight individual showers. We know from the experience of other clubs that individual showers are much more popular with customers than shared showers”, says the person in charge of the expansion. Athletes can store their personal belongings in a series of lockers with color combination locks.

Amanda Owusu is an employee of the new gym. “I work here as a service worker and advise people who have doubts about training,” says the young woman in a good mood. She will soon have the support of a personal trainer who is hired.

The Basic-Fit fitness center is open on weekdays from 6 a.m. to 10:30 p.m. and on Saturdays and Sundays from 9 a.m. to 7 p.m. When the club “gets off to a good start”, it should be open 24 hours a day, seven days a week. A camera system then monitors the area.

Find out what’s happening in Hagen every day: here for free W.P. Hagen Newsletter Log in!

More articles from this category can be found here: Hagen