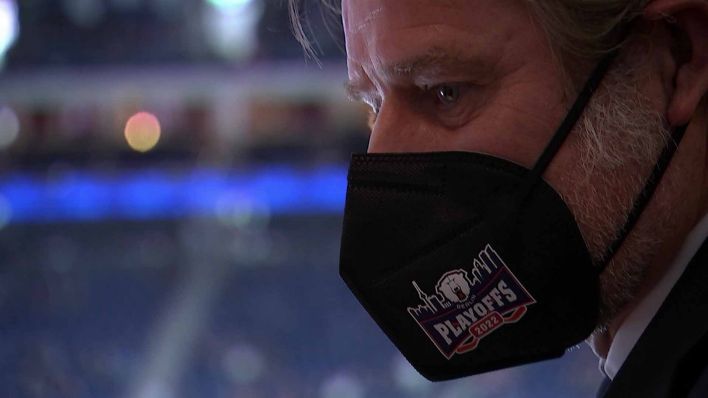 The polar bears in the playoffs
–

Markus Flemming has been with Eisbären Berlin for 15 years and is indispensable there. However, his strengths are not on the ice, but off it. Because the 54-year-old takes care of the players’ mental health.

A tight schedule, the pressure to win in front of more than 14,000 spectators and the high demand in training put a lot of demands on the Eisbären Berlin team. In addition to fitness, it’s also important to have a clear head, especially in the playoffs. The reigning German ice hockey champion understood this a long time ago and was one of the first teams to integrate a mental coach into the support team: sports psychologist Markus Flemming.

“It’s mainly about the situation of being able to perform in front of 14,200 spectators, feel good and regulate yourself in such a way that you’re not constantly thinking about this game and going crazy,” says the 54-year-old. old man in rbb- Interview in the training of the capital club. He now enjoys such a broad base of trust that players come to him with everyday problems.

The oldest member of the Eisbären coaching staff

As an ice hockey goalkeeper, Markus Flemming used to stand on the ice with his own feet on skates in the first and second leagues and knows the enormous pressure that has to be put up. He sits on the sidelines at almost every polar bear training session and relays his experiences. Conversations with the qualified psychologist are private and voluntary. And they have been very well received in the team for years, as Eisbären striker Manuel Wiederer explains: “I think that helps everyone and me personally and I think the mental area is a big point in the sport.”

If you get a chance here with a “superman” like Flemming, then you have to take it, Wiederer continues. The oldest member of the coaching staff not only trains during training, but also watches his protégé in the hallway on match days. 15 years ago, his former Düsseldorf teammate Peter John Lee took him to the polar bears. The sports psychologist and the vice president of the polar bears maintain a relaxed atmosphere.

Not just hockey players, but people too.

“His nickname is Psycho,” Lee jokes, noting that Flemming plays a huge role on the team. “We have a lot of young players. Physically, they’re all in good shape, but I think the head thing is part of that too, because they’re not just hockey players, they’re people as well.”

Meanwhile, other ice hockey teams have figured this out too, and polar bears are among the pioneers. “I was one of the first sports psychologists to be so active in ice hockey. I built my life here through the polar bears and it has actually become like family to me,” says the mental coach. After all, in a family you can talk about everything.