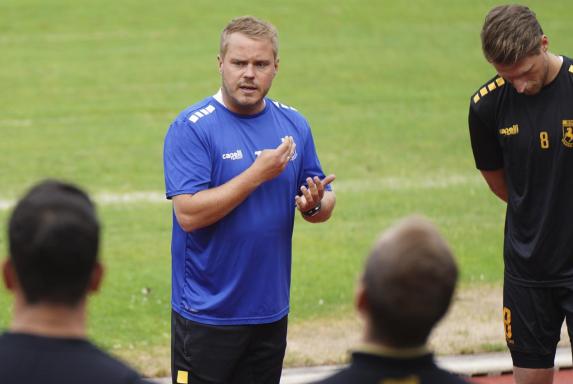 DSC Wanne-Eickel is in the midst of preparations for the upcoming season in the Westfalenliga 2. Head coach Sebastian Westerhoff is satisfied with the preparations so far.

Of DSC Wanne-Eickel is in the midst of preparing for the upcoming season at the Westphalian League 2. The Head Coach’s Team Sebastian Westerhoff he finished fifth in the table last season with 54 points. SC Obersprockhövel will be invited to the DSC for the opening game on August 13 (3 pm).

The Wanne-Eickel team did well in this year’s Cranger Kirmes Cup in Herne. In the 22nd edition of the traditional competition, the DSC reached the final. Coach Westerhoff’s team was beaten by Lüner SV 1:3 in the final, but the DSC coach is satisfied with the current level of preparation.

“Overall, I am perfectly happy to have finished second in this tournament. Of course we would have liked to win, but Lünen just caught us on the wrong foot. I don’t think we played a bad game overall and at least we could have gotten a draw. Still, I am happy with the performance in this tournament. Physical fitness is the most important thing that we will take from the competition to the new season”, summed up the coach on the sidelines of the last match.

“The boys have to go down first”

Although the season in the Westfalenliga 2 will start in just under two weeks, Westerhoff hit the brakes again shortly after the competition in Herne and wants to protect the players who are already in a position to play at their best until the start of the season. . According to the trainer, you don’t want to cause any unnecessary injury.

“The physical form of my team is the most important thing and it will be the beginning and the end of the next training sessions. However, my boys have to calm down after this exhausting tournament. Our final opponent, Lünen, was able to exchange ten players compared to the semi-finals. However, we didn’t have that option. In the meantime, I had a player on the bench and then I brought in a goalkeeper,” Westerhoff explained.

Westerhoff continued: “That’s a big difference and that’s why one or the other with a lot of playing time will have to recharge their batteries in the coming week,” Westerhoff explained in relation to his team’s state of preparation.