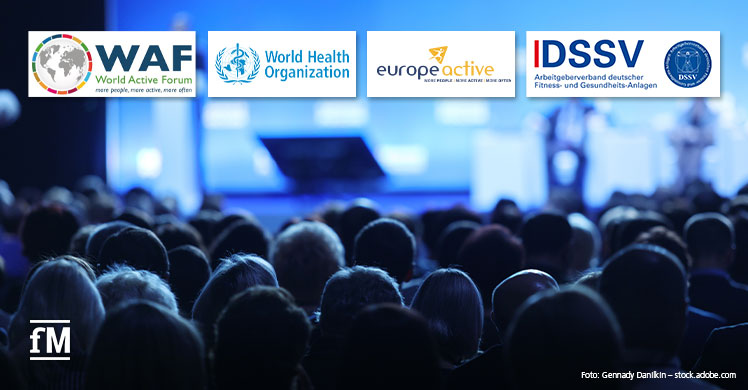 With the World Active Forum (WAF), a network of national fitness associations from around the world has been created, uniting the representative associations of the industry from all continents. The DSSV eV is one of 29 European representatives. The goal of the initiative: to start a global cooperation and to improve it continuously. At its second meeting, the members of the World Active Forum unanimously approved the following public statement (“Public Statement”). 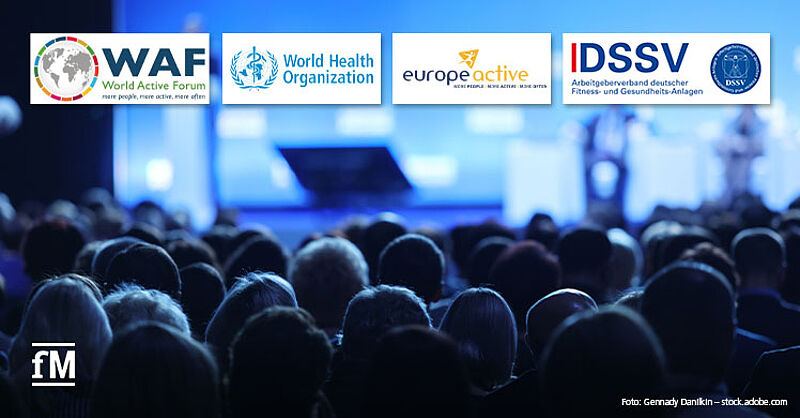 The corona pandemic had negative health consequences the human worldwide. Besides, she also has ours. significantly affected lifestyle.

The main politicians had to global cooperation reinforce the to overcome the crisis and contain the significant human, economic, social, health and political costs.

With this in mind, the fitness and health industry has now mobilized and agreed expand cooperation between its representative associations around the world. The common goal is: Recognition as a social solution for health and wellness gain.

Also, I had 29 European national fitness and exercise industry associations (including the DSSV eV, the association of employers of German fitness and health facilities) has already decided on April 7, 2022 to support the founding of the World Active Forum (Read more: ‘DSSV-Update 2022’)

Networked fitness associations around the world

Check: officially released became the Active World Forum on June 20, 2022 in a virtual meeting of the main member associations. The WAF is intended to represent fitness industry associations around the world. connect with each other and the global fitness and exercise industry a unified voice to lend

elvish barrieCEO of AUSactive and founding member of WAF, a globally recognized industry association, he was promoted by his colleagues to the first president of WAF chosen one. The secretarial function is carried out by EuropeActive.

The members of the World Active Forum have agreed to beginning agreed that the Presidency and Secretariat annually between the individual members changes. This is intended to reflect the global nature of the WAF.

In addition, the members have decided that Active World Summit in April 2023 Coordination meetings of the initiative will be held monthly. WAF’s first physical meeting at FIBO 2023 will be followed by more annual meetings around the world in connection with trade shows and other major industry events It will remain.

A Business Interests Advisory Group was also founded, which should allow the inclusion of industry experts from all continents.

The WHO is also on board

About him third session of the World Active Forum on August 16, 2022, Dr. fiona toro, Head of the Department of Physical Activity of the World Health Organization (WHO), participate.

Fiona Bull becomes his Perspective on the role of the fitness and exercise industry as part of the solution of common challenges in the health sector and discuss the need for global cooperation.

More about the subject: ‘Fitness studies as part of the solution’ and ‘Active health care’