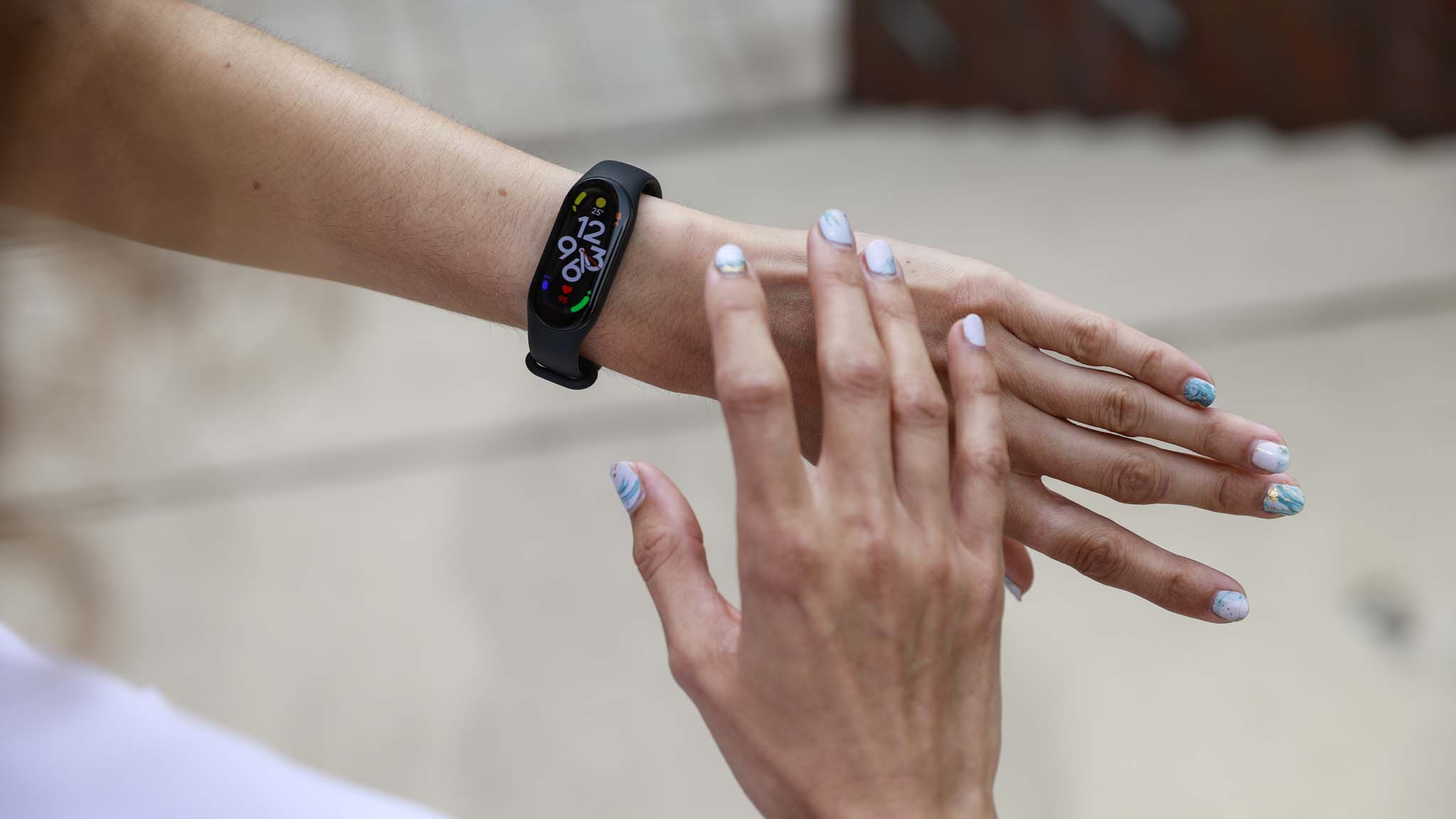 Xiaomi’s cheap tracker arrives with the xiaomi smart band 7 a successor. However, it is more expensive than its predecessor, the Xiaomi Mi Band 6. At first glance it looks identical, but the devil is in the details. A lot has changed, especially on the software side. Besides the fact that the fitness bracelet is now connected to the app marry fitness couples, Xiaomi has also changed the user interface, for the better? The test makes it clear.

The start with the Xiaomi Smart Band 7 was bumpy in our practical test. If you accept the factory settings of the bracelet, you will miss many functions and wonder why the bracelet is constantly lit at night. By navigating each menu item on the Mi Fitness smartphone app and on the band itself, it makes the tracker tame and engages

It’s nice that there are so many ways to customize and adjust the strap. It would be even better if Xiaomi walked you through these settings from the start or set a half-sensible scenario out of the box. But sometimes “save battery” seems to be the motto, sometimes the settings seem randomly selected, sometimes the proper automatic function is missing despite so many options, for example for an automatic screen brightness setting.

Screen and layout are upgraded

The Xiaomi Smart Band 7 is visually similar to its predecessor. The screen has grown minimally. The screen is based on OLED technology and glows brightly, almost a bit aggressively at maximum settings. The touchscreen smoothly reacts to inputs. Menus can now be equipped with information tiles (“widgets”): To do this, arrange apps like weather, music remote control, or heart rate as in-app widgets on your smartphone. The tape then reveals them by sliding sideways. Xiaomi sticks with a plastic case that isn’t very scratch-resistant, but the display held up to a hardness level of 7 (out of 9) in the test lab.

Text on the small screen: An impertinence

Xiaomi has apparently picked up a point of criticism: the typing on the Band 7 is now larger than on the predecessor. Whether this is actually an advantage remains to be seen. Because the screen is so narrow, a longer word simply doesn’t fit on one line: there’s enough room for “Training”, from “Training Progress” only “Trainingsv” remains, and the word runs like a ticker. A line break would probably be the most elegant solution. This may be bearable in top menus, but it gets annoying in settings with longer text in a smaller font size.

Get to work: How good are the fitness features?

The Xiaomi Band 7 records movements and heart rate. From this, it calculates other values, such as the index of physiological activity (MYP), which makes a statement about how long you have already strained the cardiovascular system. Good: The tape also gives values ​​for the training condition outside. the personal maximum heart rate can be changed manually in the app if you wish, which means the results are better suited to your own body. In the test, the bracelet measured the heart data with some deviation. Especially when there is a lot of movement in the arms, the band underestimates the heart rate compared to the reference. He averaged 91 instead of 97 hits.

That sleep tracking it worked reliably in the test, but the analysis remains superficial: the waking phases, for example, were not recognized. Also activating the meextended surveillance no data is added. There are over 100 on the tape. modes ready to record. Some – Running, walking, elliptical, rowing machinet – recognizes band 7 based on its own movement, provided that the automatic training detection via the bracelet menu (Configuration, training detection) It’s on. In the test, for example, this was achieved during a short walk. The tape vibrated and he asked if he should record the training. For him track recording However, the tracker needs the smartphone’s GPS, because its own location sensor is not installed.

Intelligent? only in name

Xiaomi tracker shows incoming news and calls from the Android phone, and the Mi Fitness app can determine which smartphone app notifications the band should reflect. However, a response function is missing. Under iOS, the screen did not work in the practical test. the music playback on the cell phone can be controlled remotely, which was successful in the practical test with both systems, even with a paired iPhone. Otherwise it remains rudimentary: there is one time display for up to five auto-selectable locations, powered from the mobile phone. In order for the weather to be displayed in connection with the iPhone, you must go to the settings in marry fitness, Location the option forever adjusted to. A Lantern the screen lights up brightly. Then there is still Alarm clock, chronograph, timer – That’s basically it. Interesting: If you dig deep into My Fitness, you’ll find one sleep phase alarm clock, which selects the best time to wake up within a ten-minute window. The most painful thing is probably an NFC payment function. As usual, it is only available in the Chinese version.

The Smart Band 7 is now also suitable as a watch replacement: Unlike its predecessors, it permanently displays the time. The dimmed time display is easy to read and can still be viewed properly even in bright ambient light. However, this innovation is reflected in the battery life. In the test with permanent heart rate measurement and time display, the band only lasted for three days. However, by turning off the time display, autonomy can be significantly increased; according to the manufacturer, the 180 milliamp hour battery lasts more than 14 days.

Until now, Xiaomi fitness trackers have been linked to the app my fit. this is called now Zepp Life and it is mainly used for Amazfit trackers. The Xiaomi Smart Band 7, on the other hand (and the Smart Band 6 if desired) is supplied with the application marry fitness (Xiaomi Wear) connected. Because the old Xiaomi app with catastrophic data protection conditions was detected in the COMPUTER BILD test, the editors are currently also examining the Mi Fitness app by an independent law firm. You can read the result here as soon as the test is complete.