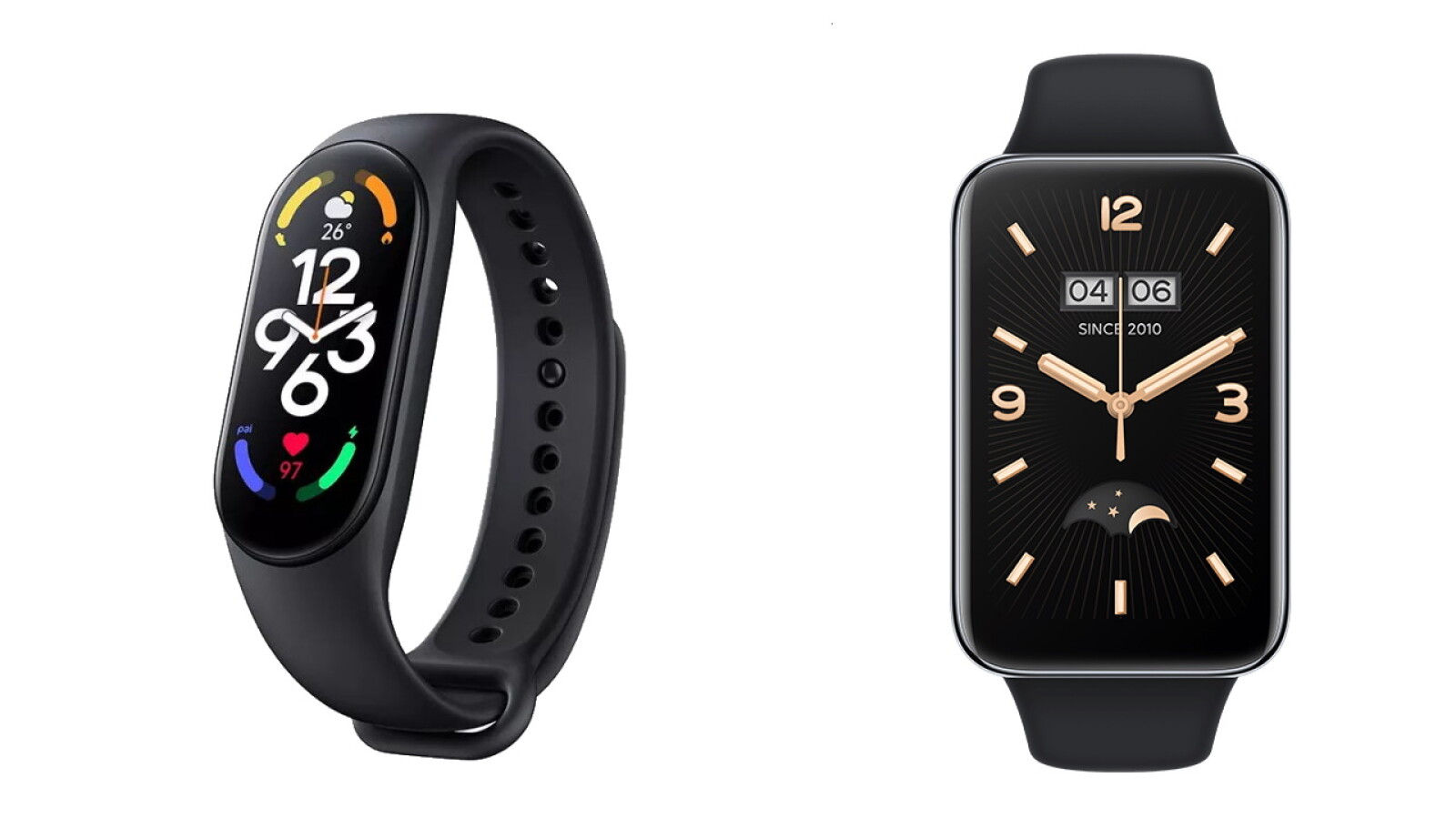 Xiaomi Mi Band devices have always been a hit. This year Xiaomi is going one better: in addition to the Xiaomi Mi Band 7 (called Smart Band 7 in this country), a Pro model was also presented, which comes with many improvements and new features.

For now, it is only available in China, but it could also arrive in Germany in the coming weeks. Below, we’ll tell you how the two fitness trackers differ, and who the Pro model is worth waiting for.

The first big differences are already noticeable in the design. While the Mi Band 7 stays true to the pill-shaped design of its predecessors, the Mi Band 7 Pro uses a rectangular form factor that is completely new to the device series. This makes the screen much larger, but the tracker is also significantly heavier than the base model.

What’s also new is that the top of the case is made of shiny metal and is no longer plastic or silicone. This gives the device a more elegant look. There is also a new locking mechanism that is said to be more stable and reliable than the mechanism in the Mi Band 7 and its predecessors.

The rectangular design has also had a significant impact on the screen. The Mi Band 7 Pro screen still measures 1.6 inches diagonally, but the resolution is now 280 x 456 pixels instead of 192 x 490 pixels (Mi Band 7). At the same time, the screen is wider and not as elongated.

The pixel density of 326 ppi is identical for both models and the panel is an AMOLED screen, so there should be no difference in screen quality. However, since the Pro model’s display area is wider, you’ll definitely notice that when wearing the fitness tracker it’s bulkier on your wrist than the much narrower Mi Band 7.

There is also a big difference between the two devices in terms of functionality. The operating system built into the Mi Band 7 Pro visibly differs from the basic model and is visually based on the user interface of Amazfit smartwatches; this can be seen in the photos of the device.

Standard features that are available on all Mi Band models (such as step counter, heart rate measurement, sleep monitoring, alarm, notifications, etc.) are also included here. However, for an unknown reason, Xiaomi only offers 117 instead of 120 sports modes (Mi Band 7) on the Mi Band 7 Pro. Unfortunately, it is not known exactly which modes have been left out.

GPS and contactless payment with NFC

A GPS module is installed in the Pro model for this purpose. This is a feature that has been missing from the Mi Band fitness tracker for a long time and allows you to record outdoor workouts without your smartphone.

Mi Band 7 Pro also offers the option to make contactless payments via NFC. Since the device is currently only available in China, only WeChat and AliPay are currently supported. However, with a European launch, it can be assumed that services like Google and Apple Pay will be supported, so you can make contactless payments with your fitness tracker in this country too. This is not possible with the Mi Band 7, but the predecessor Mi Band 6 later appeared in Europe as an NFC variant which made it possible. It is possible that this difference will soon become superfluous.

Otherwise, there are some minor differences. Press photos that reached us of the Mi Band 7 Pro from China show new watch faces. Also, the heart rate measurement, similar to the Galaxy Watch 4, is probably not accurate, but it will always show a certain frame for a certain period of time. This is good for the readability of the displayed results.

However, it is clear that the smaller device will be cheaper and you should buy it if you want a small, simple and solid fitness tracker. If you don’t mind a bigger, bulkier screen on your wrist and don’t want to do without features like NFC and GPS, you should definitely go for the Pro model.

Don’t miss a thing with him. THE NET-Newsletter