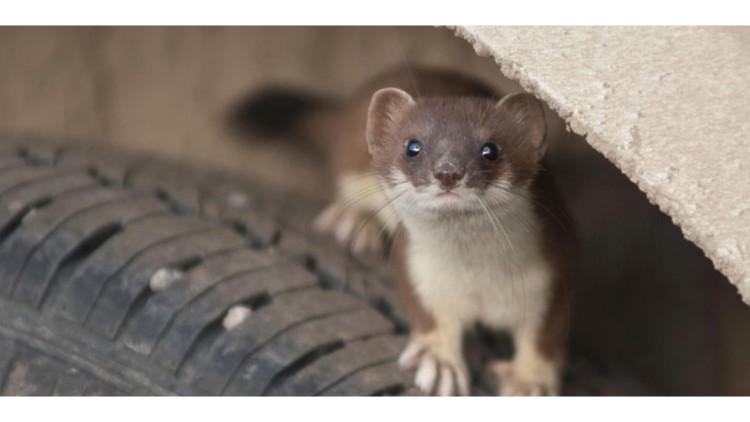 As a result of the lockdowns, there was significantly less marten damage to vehicles during the corona pandemic, vehicle insurers noted with visible satisfaction. If instead the vehicles are used intensively and change locations regularly, they inevitably park “in territories of different martens” and are thus “particularly affected by bite attacks” from the respective species. .

Insurers recently estimated the damage caused by marten bites at around 90 million euros for 2020. In 2020, car insurance companies accounted for around 217,000 of these damages in fully insured vehicles. That is seven percent less than the previous year. Marten bites were the third most common type of damage in comprehensive insurance after glass breakage, for example due to falling rocks and wildlife accidents.

According to the General Association of German Insurers, the damage caused by small predators occurs mainly in spring and early summer. The reason for this is that martens “manipulate the vehicle’s wiring in the engine compartment more often than usual” during these times.

How is a car protected from marten bites?

A professional engine compartment cleaning, ideally done by a garage, after a “visit from marten” might help. Because martens react very aggressively to scent traces of conspecifics. Cars that are often parked in different places or on different marten territories are particularly affected.

According to the GDV, partitions for the entire engine compartment are also useful, for example using elastic wire mesh placed under the engine. These barriers prevent animals from even reaching cables and hoses.
Another possibility: the sheathing of cables and hoses, for example with additional hard plastic hoses.

Those with partial or full insurance are protected against financial damage caused by marten bites. Motor vehicle liability insurance, on the other hand, is not enough in the event of marten damage to the car. Some comprehensive insurance rates only cover direct damage, meaning they only replace damaged parts. Other fees also include indirect, sometimes expensive, damage to the car. These rates also cover cases where bitten ignition wires seize the catalytic converter, leaking coolant hoses cause the engine to overheat, or torn rubber boots, in the worst case, damage transmission linkages or of the vehicle axle. (bs)