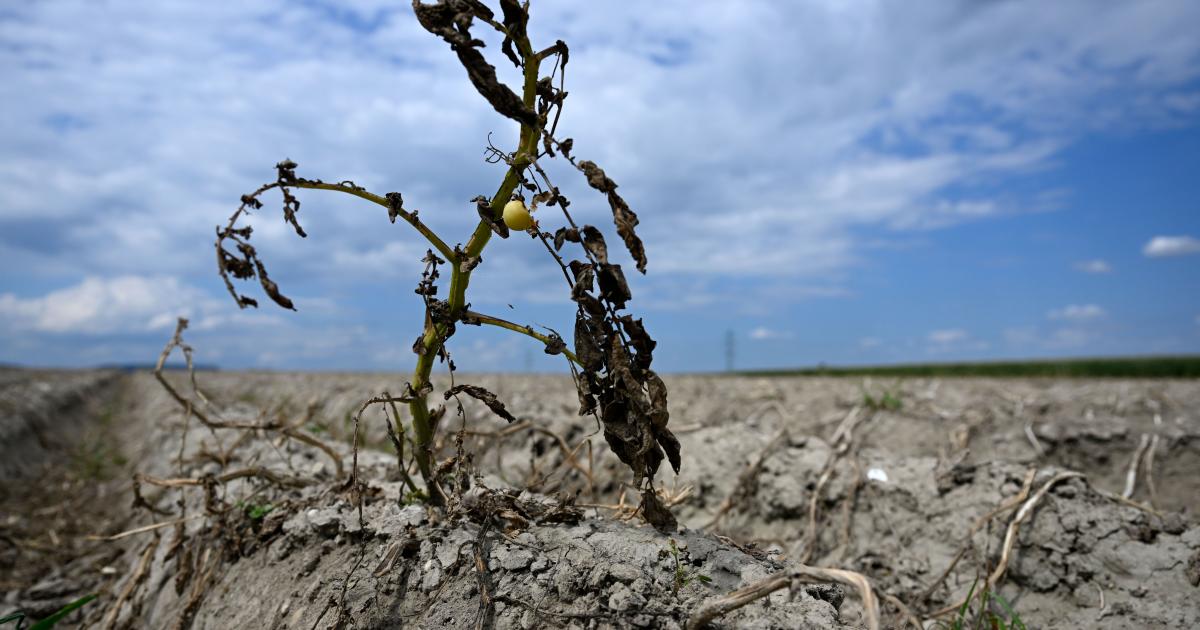 Due to the increase in temperature, persistent droughts and heat waves have also become more present in our latitudes -last summer did the rest-. The ecologist Michael Bahn is investigating what this development will bring to ecosystems in numerous projects, which have led to numerous publications in high-level specialized journals. Interest in the topic is “enormously high,” but much research work is still needed to understand the complexity of the connections.

At the latest since the great heat wave in Europe in 2003, the issue of “drought” has become more important in this country. The recently published IPCC report assumes “that these extreme weather events will occur more frequently” and “there will be even longer and more intense dry phases,” says the researcher at the Institute of Ecology at the University of Innsbruck in an interview with the APA. .

On the one hand, science addresses the issue with observational studies, for example in grasslands or forests that have been affected, or in experiments. In the latter, an attempt is made to generate and analyze certain scenarios or create conditions that are very likely to prevail in the ecosystems of a given area in the coming decades.

In the soil there is a complex interaction between plants and soil microorganisms. What happens in the ground also has a strong impact on the release of greenhouse gases, mainly CO2, but also nitrous oxide (N2O), which is about 300 times more powerful than CO2.

The connections with the climate crisis are multiple in terms of cause and effect. The events of 2003 had shown, for example, “that a single such heat wave can wipe out four years of carbon storage.” This finding gave the field of research a major boost. It turned out that the absorption of carbon from ecosystems is severely restricted during drought. If the drought is followed by more intense precipitation, “there is a greater emission of greenhouse gases from the system,” explains Bahn: “You can see that all over the world.”

As is well known, there are winners and losers in this type of drought event in the area of ​​plants and microorganisms. Although fast-growing plant species are more sensitive, they can also recover more quickly. Slow-growing species are often more tolerant to drought stress, but do not recover as quickly. However, if you are dealing with very severe drought, even very hardy plants can reach a “tipping point” from which they can no longer recover. As for microorganisms, fungi are considered to be more resistant, while bacteria can multiply more quickly after a drought and release nitrogen, which in turn benefits fast-growing plants.

“So we see that there is a very tight coupling between the plants and the soil,” says Bahn. Despite all the complexity, this is also an important key when it comes to how the ecosystem deals with drought. Diversity, that is, the diversity of species, makes a system more resilient because there is a greater probability that several species will survive unfavorable events. On the other hand, a species-poor population or even a monoculture has a much harder time recovering from extreme events.

An international team with the participation of Bahn also analyzed the “legacy” of previous droughts in the soils in an experiment and published the findings this year in the journal “Science Advances”. Plant productivity was higher in previously stressed soils, although species diversity is higher in and above ground. Responsible for this could also be the role of another actor, namely that of pathogens, in soils, which tend to increase after droughts, presumably containing the activities of the dominant species and thus provides more opportunities for diversity. The example also shows how complex the interaction can be.

However, environmentalists are also observing the effects outdoors: there, for example, forests and meadows are protected from the rain by roofs. “Then you can understand how an entire ecosystem with its many interactions reacts to drought,” explains Bahn. However, an overview study published this spring in “Nature Ecology & Evolution” also showed that productivity losses associated with drought can be up to 50 percent higher than is often assumed based on experiments. Therefore, it is better to link different research approaches, from small-scale experiments to long-term observations in ecosystems and large-scale analysis of satellite data.

All of these findings should later enable even more accurate ecosystem models and climate forecasts. On this basis, it can be estimated what rainfall, temperature development and greenhouse gas content might look like in different regions in a few decades, and these events can already be simulated. Bahn likens this approach to a “time machine.” For several years, he has been undergoing a test at the Raumberg-Gumpenstein research institute in Styria, which investigates the combined effects of drought, global warming and a higher concentration of CO2 in the air.

Some trends are already emerging: with higher CO2 concentrations, plants can save more water, counteracting the effect of higher temperatures drawing more water from the soil. “In the future climate there will be more of a drought effect, but at the same time systems will recover faster because plants can use the increased CO2 to build biomass. So the CO2 actually buffers the warming effect a little bit.” .

Although there are still many unanswered questions, one thing is clear to the scientist: biodiversity is good insurance against the devastating consequences of drought. “Diverse systems are more resilient.” This shows time and time again that we have to move away from monocultures, like our extensive spruce forests. There is already a lot of understanding of this among the population. On the other hand, the issue of water use and the threatening conflicts over water, as can already be seen in the Seewinkel region of Burgenland, are more contentious.

Bahn also recently participated in the work of the Austrian Climate Council, in which 100 statistically selected people developed possible measures to achieve climate neutrality by 2040. He was “very impressed” by the interest and commitment of all participants. The researcher got the impression that the population is willing to actively and constructively address the issue of climate change and adaptation. Bahn: “Politicians must not underestimate the will of the population to support measures to contain the climate crisis.”