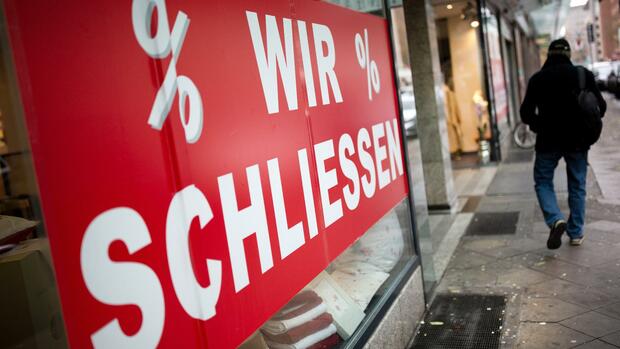 frankfurt German credit insurers see further economic development threatened by numerous risks. They therefore expect the number of corporate insolvencies in Germany to rise again next year for the first time since 2009. “At best we expect 15,500, at worst up to 17,000 bankruptcies,” Thomas said on Thursday. Langen, chairman of the credit insurance commission of the German Insurance Association (GDV) and manager of the credit insurer Atradius.

The immediate shock of the corona pandemic has been overcome, but the medium and long-term consequences have not. “Currently, the risks are constantly changing and mutually reinforcing: new corona waves, global supply bottlenecks and rising prices combine with high pressure to change and innovate,” emphasizes Langen.

Therefore, by 2022, credit insurers expect a turnaround in business bankruptcies. There should not only be more, but also bigger insolvencies with bigger losses. “In the first half of 2021, insolvency claims exceeded four million euros, twice as many as in the same period of the previous year,” says Langen.

The comparatively low number of 15,000 corporate insolvencies in 2021 does not comprehensively reflect the challenges of the economy. Many companies would have benefited from state aid. In addition, in 2021 the legal framework for the preventive restructuring of companies was created. As a result, some companies could have avoided insolvency, according to Langen. Some companies also closed without being included in the insolvency statistics.

The fact that more restrictions in public life are currently necessary again to contain the corona pandemic speaks for an increase in insolvencies in the future. This is likely to affect gastronomy, the travel industry and retail again.

Credit insurers see particular risks in the auto sector: The continuing shortage of microchips is causing suppliers to lose billions in sales. At the same time, the transformation towards electromobility requires high investments.

But there is currently a scarcity economy in many other sectors, according to Langen. He also notes that high inflation is weighing on businesses, even if many experts still see the price increase as temporary.

The risk of cybercrime has also increased in almost all sectors. “Many companies continue to ignore the greatest dangers of working from home,” Langen complains. Some companies have certainly already suffered damage that they have not yet discovered.

Insurers take a positive balance for the protective shield of the supply chains of the German economy, which expired in the middle of the year. In exchange for a guarantee from the federal government, the credit insurers kept their coverage commitments of more than 400 billion euros at all times, even if the risks increased significantly shortly after the corona pandemic broke out.

“Credit insurers have thus made a significant contribution to overcoming this crisis and have strengthened confidence in economic stability,” emphasizes GDV CEO Jörg Asmussen.

Trade credit insurance is on the rise

Credit insurers see it as the right thing to do that the protective shield has expired and insurance coverage has returned to a purely market-based basis. Trade credit insurers are currently insuring supplier credits to the tune of €458 billion. That is five percent more than the previous year and around €35 ​​billion more than at the start of the pandemic.

According to GDV projections, premium income on the three lines of commercial credit, surety and fidelity insurance will be a good 1.9 billion euros in 2021, and profits of 647 million euros. However, in trade credit insurance, the figures are of limited importance. As long as the protective shield worked, insurers had to give 60 percent of the premium to the federal government.

With the remaining 40 percent, they were to cover 10 percent of the damage and its costs. Credit insurers didn’t make a profit, says Langen. Some of the damage will only become apparent in 2022. At the same time, it was right for the industry to work on a solution during the crisis to avoid massive economic damage.

Trade credit insurance protects suppliers in the event that a customer in Germany or abroad is unable or unwilling to pay the invoice. If there are non-payments or delays in payment, the invoice will be settled by the credit insurer.

According to GDV estimates, credit insurers, which include Atradius, Coface and Allianz subsidiary Euler Hermes, cover around 15 percent of German exports and thus make a significant contribution to the security of the German export economy.

Plus: The insurance industry makes huge profits in the corona crisis, but at the same time struggles with an image problem