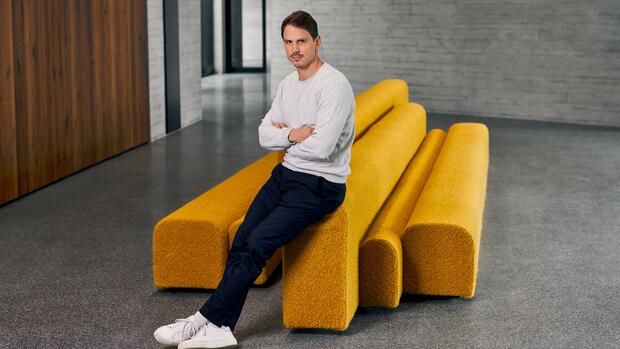 frankfurt Starting out in Austria, Heidelberg insurance startup Getsafe sets a goal of growing faster in the Alpine republic than in previous markets. From now on, customers can take out civil liability, household content and dog owner’s liability insurance there, including via the Durchblicker comparison portal.

For Getsafe, Austria is the second foreign market after Great Britain. The insurtech has gained a good 50,000 customers there since it launched in 2020. You learn something new every time you enter the market, says Getsafe founder Christian Wiens. The company grew faster in Britain than when it started in Germany: “We will see the same thing in Austria.” The advantages in the country are that there are no language barriers and that it is not necessary to set up a new customer service team.

For the first time, Getsafe is using its own license for expansion, which the startup received in October 2021 from financial regulator Bafin for the property insurance business. Getsafe has its sights set on France and Italy as well as other foreign markets. The insurtech also wants to launch in at least one of the two countries this year.

In total, Getsafe currently supports 300,000 customers with 380,000 policies. The start-up wants to more than triple its sales by the end of the year. However, Wiens does not name absolute figures.

Until now, Getsafe has done most of its business as an underwriting agent. The insurtech develops and sells policies for which another insurer assumes the risk.

Getsafe’s property insurer had more than 10,000 policies at the end of 2021, ie shortly after the start, but the product range will be constantly expanded. According to Wiens, the insurer is expected to break even in 2023. It would then be in the black in the second full financial year.

For comparison: Wefox Group’s digital insurer reported a small profit in 2020, but slipped back into the red last year due to higher claims.

In the future, Getsafe also wants to apply to Bafin for licenses for life and health insurance. According to Wiens, the goal is to become a full-service insurer in all sectors.

In light of the war in Ukraine, volatile financial markets and high inflation, it has now become more difficult for many startups to convince investors of their growth prospects. It is therefore positive for Getsafe that the company raised another 55 million euros last October. At this point, Wiens already said that he wanted to put the money into overseas expansion, among other things.

Getsafe’s boss keeps a low profile when he needs more money. However, “great investor interest” is still being seen and more funding rounds are to come in the coming years. Wiens still sees an IPO as realistic within two to four years, despite the current tense market environment for tech stocks. The initial public offering is still an option, but there is no time pressure.