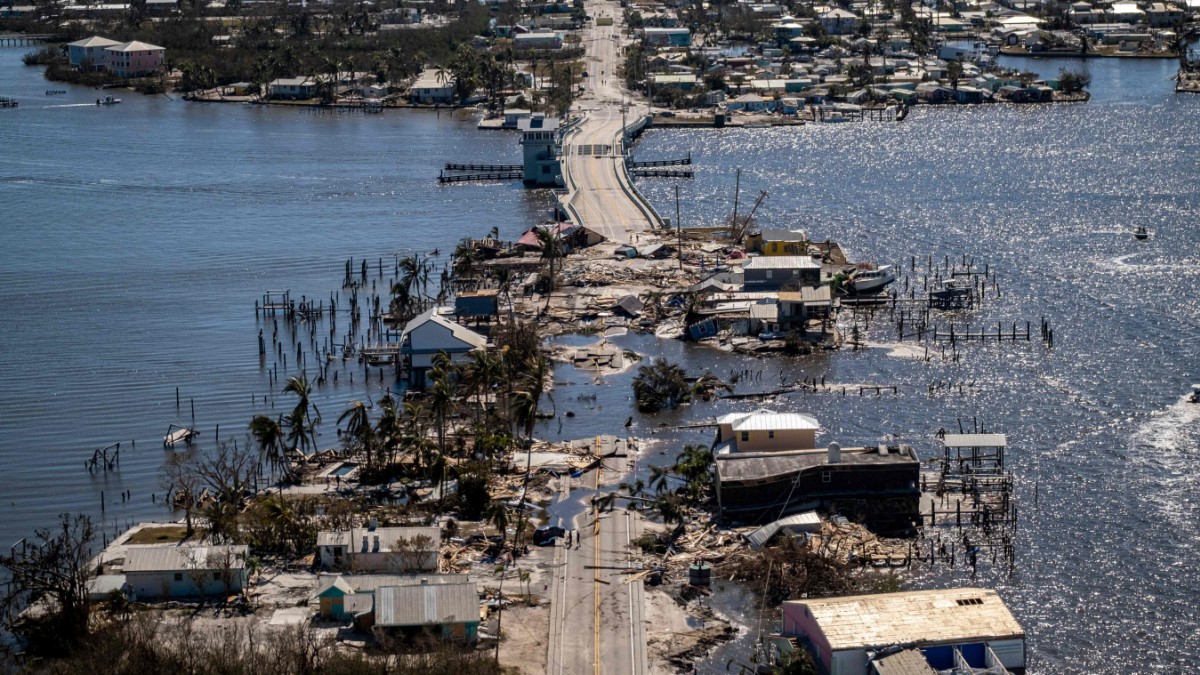 It’s a terrible record, again. At least 58 people have died in Florida alone as a result of Hurricane “Ian,” which left a trail of destruction in its wake last Thursday and brought storm surge and heavy rain. Most of the victims apparently drowned. An elderly couple died in their home because the fans stopped working due to the power outage. At least 750,000 homes in the United States were or remain without power. In Cuba, whose western tip was hit by the storm on Wednesday, all 11.3 million residents were temporarily without power.

For insurers and reinsurers, “Ian” means they are dealing with one of the worst storm losses in US history. Comparable to the “Katrina” disaster, which caused insured losses of $65 billion at the time, much of which was due to the flooding of the city of New Orleans. At today’s prices, that would be $89 billion.

“Ian” could be just as expensive, create special companies that assess the possible consequences of catastrophes and actual damages on behalf of insurers. The range of estimates from these catastrophe modelers is wide, ranging between 12 billion and 80 billion dollars, the latter figure provided by the renowned analysis company RMS.

The latest estimate: more than $100 billion in damage

The most recent estimate comes from Karen Clark & ​​Company (KCC) and puts it at $63 billion, but does not include boat and ship damage or the state’s flood insurance program. “The total economic damage will far exceed $100 billion, including uninsured property, infrastructure damage, and other cleanup and restoration costs,” the KCC said.

On the one hand, the fact that hurricanes cause so much damage is due to their increasing strength, which many experts believe is a consequence of climate change. On the other hand, the increasing development of expensive residential buildings and hotels on properties at risk of storms plays an important role.

It is already clear that there will be a lot of controversy about whether the damage was caused by the storm or by flooding. Because many properties are insured against storm damage, but not against water damage. Homeowners in the US typically protect their homes through the state flood program or don’t protect their property at all: only 10 percent have a flood policy. There are still numerous lawsuits for damage caused by Hurricane “Irma”, which hit the US in 2017.

Some insurers will likely have to file for bankruptcy

In any event, Storm Ian, which first hit Florida and then South Carolina, will cost insurers and reinsurers around the world and have serious consequences for insurers operating in Florida. Reinsurer Munich Re is not yet in a position to make a serious estimate, but analyst firm Corelogic expects many insolvencies in the industry. “A record number of homes and lots have been lost due to the intense and destructive nature of Hurricane Ian,” said Tom Larsen, an analyst at Corelogic. His forecast: The storm will change the real estate industry and urban infrastructure forever. “Insurers will go out of business, homeowners won’t pay, and insurance coverage will be harder to come by in areas like Florida.”

The hurricane hit insurers in Florida in an already difficult situation. Big US insurers like State Farm and Allstate have slashed their offers for building owners there after high claims in previous years. Some smaller companies had to file for bankruptcy, while others dramatically increased their premiums and reduced their coverage. “Ian” will further aggravate the situation. Reinsurers, which in turn offer insurers catastrophe protection, are also pulling out.

Much of the private home insurance market is dominated by Florida-only providers with little opportunity to diversify risk. They suffer particularly badly from storm damage. Citizens Property Insurance Corporation is one of the largest regional providers. Local companies are reinsured through the Florida Hurricane Catastrophe Fund, but also through private providers, most notably Gen Re, Lloyd’s of London, Munich Re and Swiss Re, according to an analysis by rating agency Moody’s.