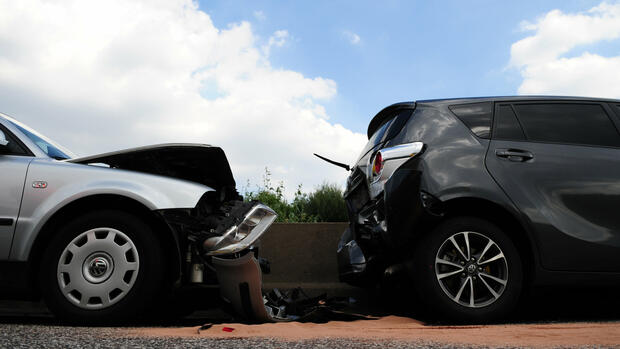 Insurers cited strong claims inflation in the first half of the year as the reason. Berenberg analyst Thomas Bateman is convinced: “The only way out for car insurers is to react with significant price increases.”

In Germany, too, higher damage costs and possible premium adjustments in car insurance have been discussed for some time. However, vendors are still keeping a low profile as to what customers can expect in the upcoming switching season. Huk-Coburg emphasizes that, as the market leader in motor vehicle insurance, it is also unable to comment for antitrust reasons.

Frank Sommerfeld, head of Allianz’s German property insurance business, said in May that he was seeing “increasingly cautious discounting.” For the same reasons as Huk-Coburg, the number two in the German car insurance market does not want to comment on the current changes in contributions and increases in premiums in the upcoming transition season.

The VHV Group, which is also strong in motor vehicle insurance, is said to be looking at developments throughout the year. It is not possible at this time to say whether there will be an increase in premiums.

However, industry insiders believe premiums are likely to rise. In principle, there is a need for primary insurers to act to increase premiums, emphasizes a Hannover Re spokesman. As one of Germany’s largest auto reinsurers, its subsidiary E+S Rück has a good view of the business.

This is due to several reasons: Claims costs have increased considerably due to high inflation. In addition, it is also noticeable that after two years with relatively strict corona measures, people report more car driving and more damage. Ultimately, however, it will largely depend on the respective pricing policy whether providers will increase their prices.

You can already see an increase in insurance premiums in new business on Check24, says Michael Roloff, managing director of auto insurance at comparison portal Check24. That’s not dramatic yet: prices are currently even down from the same month last year. “However, regarding the year-end business, we are assuming significantly higher prices,” emphasizes Roloff.

With gross written premiums of €29 billion per year, motor vehicle insurance is the largest segment of P&C insurance. In auto liability, insurers benefited in 2020 and 2021 from the fact that there were fewer people on the roads. This positive effect on damage has now ended.

Storms caused a lot of hull damage in 2021

In comprehensive insurance, however, providers had to accept loads from 2021. According to the industry association GDV, the storms and floods that followed storm “Bernd” in Germany last year caused almost twice as much damage. than the average. Therefore, the damage-to-cost ratio exceeded 100 percent in the comprehensive insurance.

Currently, repairs are not only becoming significantly more expensive due to the increase in the prices of spare parts, but also take more time. This is due to disrupted supply chains, exacerbated by the war in Ukraine. Check24’s Roloff therefore also sees “increasing costs for the provision of rental cars, as the time damaged vehicles remain in garages has increased significantly due to a lack of spare parts.”

In its forecast for the year for property damage insurers, rating agency Assekurata also expected premium increases in car insurance to be necessary later in the year due to rising claims loads.

Fewer vehicles will be allowed.

Assekurata expert Dennis Wittkamp identifies another challenge for the industry, namely weakening growth dynamics: “In the first quarter of 2022, new registrations and transfers of ownership fell markedly, so motor vehicle insurers are facing a shrinking market for the first time in a long time.” One reason for this is that fewer new cars are being produced due to a lack of chips and parts.

This trend continued in the second quarter. According to the Federal Motor Transport Authority, eleven percent fewer new cars were registered in the passenger car segment in the first half of 2022 than in the same period last year. The number of transmissions owned by motor vehicles fell by around 14 percent.

Motor vehicle insurers want to challenge price pressure above all with associations. Huk-Coburg relies on the service for everything related to mobility. The insurer recently announced that it intends to take a 25.1 percent stake in the Pitstop garage chain.

Allianz works with Ford, for example. Together, the companies recently launched a new rate on the market in which policyholders only pay the premium for the kilometers actually traveled.

Plus: High inflation is becoming a problem for property damage insurers and their clients