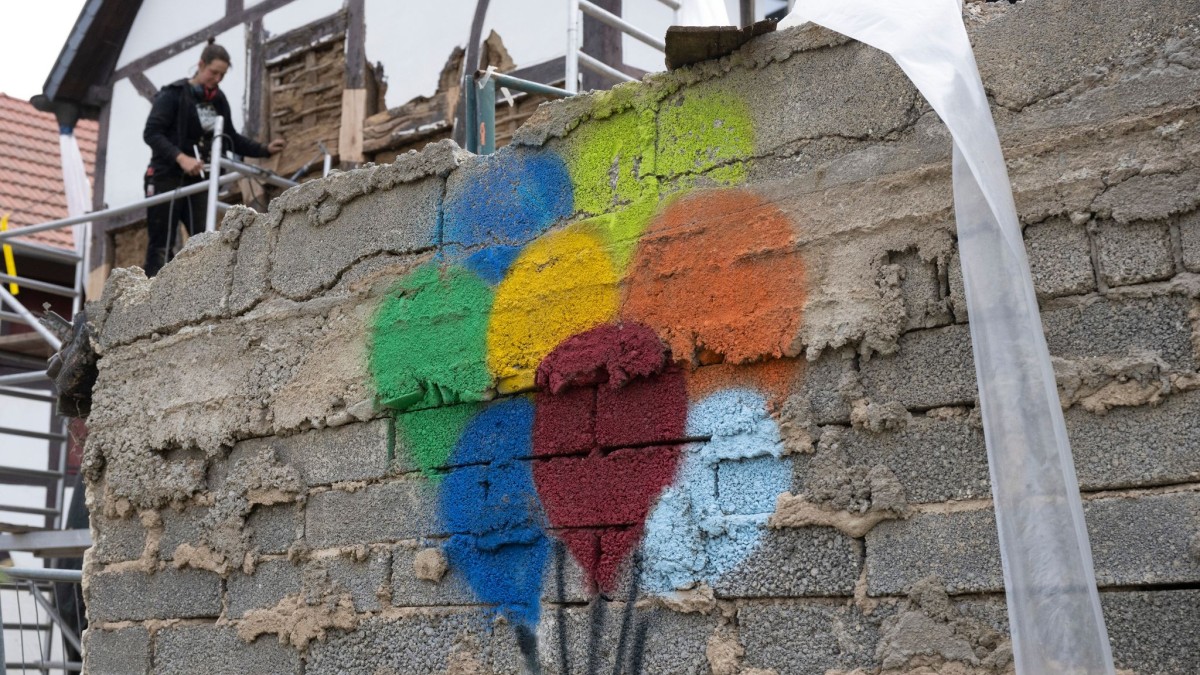 Berlin (dpa) – After the flood disaster in Rhineland-Palatinate and North Rhine-Westphalia last year, many victims are rebuilding their destroyed houses on the spot, according to insurers, despite the dangers in the regions especially affected.

“Except for 34 houses, all the houses in Erft and Ahr will be built again on the same site,” the general manager of the German Insurance Association (GDV), Jörg Asmussen, said on Wednesday in Berlin.

However, there is no sign of a general reluctance on the part of those affected to build in less threatened regions, said Annegret Thieken, professor of natural hazard research at the University of Potsdam. Other factors are decisive. “On the one hand, we have to consider that those affected want to rebuild as quickly as possible in order to return to daily life as soon as possible.” A long search for new locations is a deterrent.

“Also, the availability of space in the valleys is not always there,” Thieken emphasized. In some places, potential alternative construction sites are limited because they are located in landscape protection areas and cannot be easily reused. “This is a mixed situation that is not easy to answer,” said the scientist. “We need new concepts.”

This was also demanded by GDV boss Asmussen. “We feel like this misses the opportunity to be significantly better and more resilient,” he said. Reconstruction in the regions shows that prevention continues to play “too little a role, both at the municipal level and in the homes themselves.” Statistically, extreme weather situations will be more and more frequent in the future, according to information from GDV.

The natural disaster that killed dozens last year led to insurance losses of around €8.5bn. According to the GDV, insurers have already paid around five billion euros. Reconstruction is ongoing for the remaining quarter of the damage cases. Rising material costs as a result of inflation and long wait times for craftsmen often delay repairs, Asmussen stressed.

Therefore, the GDV assumes that the residential building construction price index and the construction industry wage price index will also increase from next year. The corresponding adjustment of the premiums in the so-called flexible replacement value insurance for residential buildings results from these indices. This insurance ensures that the buildings are insured at their current value before the damage and not at the value of the year they were built.

However, the insured losses from last year’s flood catastrophe only represent a small part of the total damages. According to experts, this amounted to at least 33 billion euros at the beginning of this year.