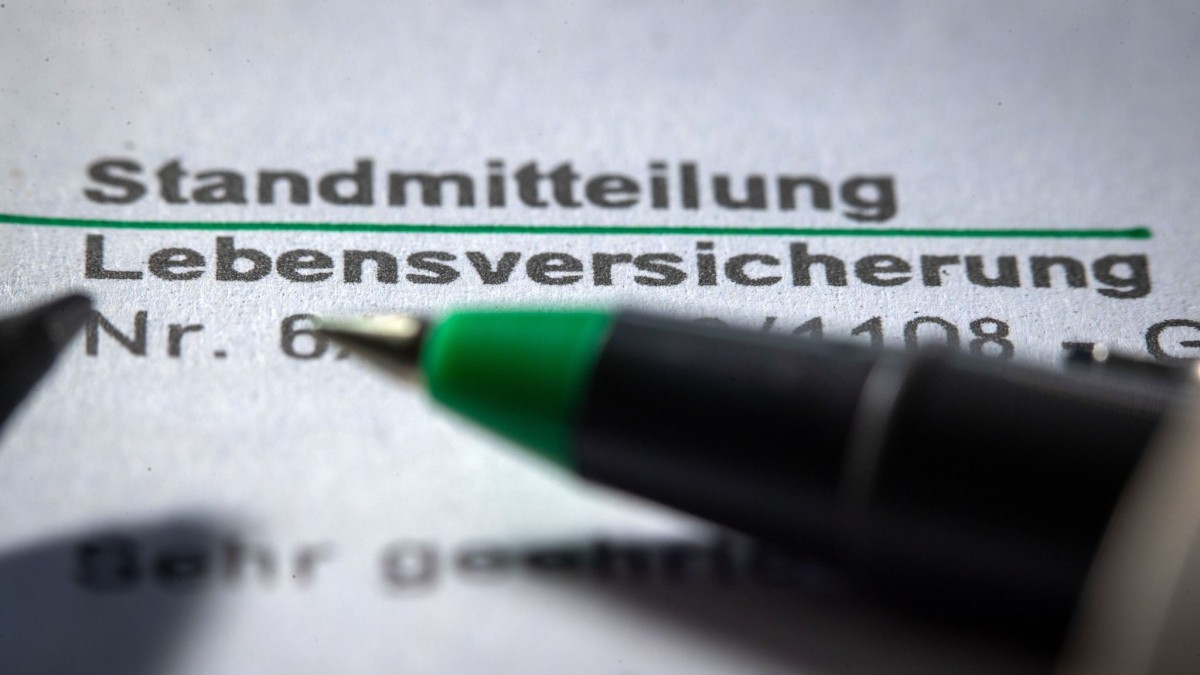 Cologne (dpa) – According to industry experts, customers of classic life insurance cannot expect higher interest rates on a large scale for the time being, despite the trend change in interest rates on the capital market. . Lars Heermann, an expert at ratings agency Assekurata, said Tuesday that a rapid rise in excess holding is not expected.

The surplus participation, which insurance companies set each year based on the economic situation and the success of their investment strategy, is an important part of the interest that is maintained in the classic old-age provision.

It is true that life insurers are relieved by rising interest rates when they build up a cushion of capital, the so-called additional interest reserve (ZZR). However, according to Assekurata, the funds to be released should initially be used to reduce hidden charges on the balance sheet. Because interest rates have been low for years, life insurers have had to set aside money since 2011 to insure high-interest-rate guarantees on old policies.

“The recent sharp rise in interest rates is leading to a completely new situation, as the industry-wide benchmark interest rate for ZZR additions is no longer falling,” Heermann explained. “As a result, many life insurers have already reached their maximum ZZR.” According to the information, last year the industry added 10,000 million euros to the capital cushion, which grew to a total of about 97,000 million euros at the end of 2021. Experts expect the industry to begin receiving the first returns from the capital cushion. capital this fiscal year.

No increase in bonuses expected

The German Association of Actuaries recently argued similarly. Actuaries also do not assume that life insurance customers will be able to count on increased profit sharing in the short term.

According to Assekurata, life insurers have invested about 77 percent of their investments in fixed-income investments, the interest rates of which have risen significantly recently. The reasons for the increase are the tighter monetary policy of the US Federal Reserve, but also the prospect of interest rate increases by the European Central Bank.

According to Assekurata, inflation and gloomy economic prospects are also dampening demand for life insurance products. “The high inflation restricts the saving possibilities of many citizens and ends with the real interest of the policies”, explained the managing director Reiner Will. At the same time, banking products could become more attractive again when interest rates rise, although the effect typically only occurs with a time lag when institutions pass on higher interest rates to their customers. For this year, Assekurata expects a one percent decline in life insurance premiums.