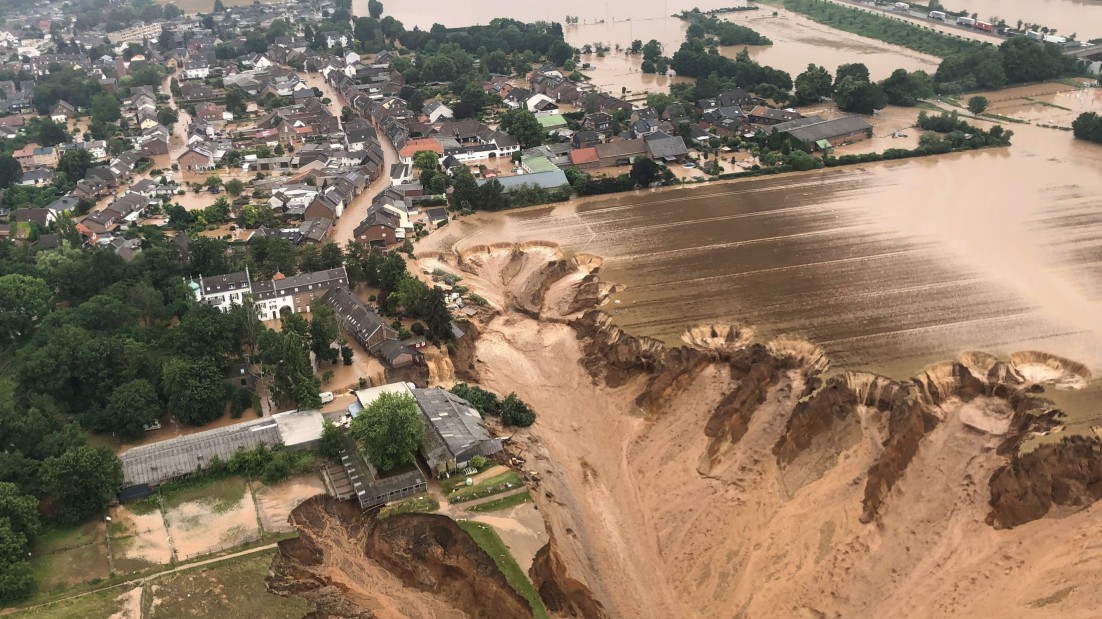 They are images of unprecedented devastation, those affected hesitantly reporting how their existence was erased in minutes, their despair written on their faces. And then a ritual takes place, a ritual that is repeated with unsightly regularity after every natural disaster in Germany: state and federal politicians arrive, are photographed, and promise unbureaucratic help on every microphone. Insurers promise to quickly compensate affected customers.

But after a few months it turns out that the aid is anything but bureaucratic and does not reach many of the victims. And some insurers are pretty stubborn when it comes to settling claims. With which there is another debate about whether the owners of the buildings could not be forced to take out insurance against such elementary damage.

Under the impression of the devastating floods in Rhineland-Palatinate and NRW almost eleven months ago, the federal states now want to break this stagnant ritual and draw notable consequences. More than 180 people died and property damage ran into the billions, much of it uninsured. That is why the federal states are now asking the federal government to examine the introduction of compulsory insurance for buildings in endangered areas before the end of the year.

The problem: Simple building insurance is not enough to protect against flooding and other natural hazards. Homeowners need additional coverage for this. But only half of the owners have contracted protection. Climate change is expected to increase the risk of severe storms.

But which is the right path is hotly debated. Although private insurers also believe that more homeowners should purchase natural disaster insurance, they believe compulsory insurance is wrong. Instead, the lobbying association GDV is promoting its own concept: in future, elemental risks should be covered as standard when taking out building insurance, unless clients wish to exclude the risk expressly. Then they would have to explicitly take responsibility if something happened.

All owners should get new contracts

If the association gets its way, this should also apply to existing contracts, and insurers should convert them before a deadline. “Insurers contact customers in writing and inform them about new contracts and the future premium,” says Managing Director Jörg Asmussen. Customers can then accept or oppose the new contracts. “But because all the building insurers do that, we need a transition law from the federal government.”

Asmussen considers that the potential range of compulsory insurance is much lower, because the constitutional report of the Minister of Justice establishes narrow limits for such a measure. “If, for example, there is only an obligation for buildings in risk areas, only 1.5 percent of private houses in Germany would be affected,” says Asmussen.

There is already compulsory insurance in Germany, in motor vehicle liability insurance. All vehicle owners need such coverage. However, it only covers damage caused to third parties, unless you have comprehensive insurance. The situation is different in the case of a possible compulsory insurance for building owners, critics complain: here it is not about the risk of third parties being damaged and possibly left behind, but about the risks to the assets themselves. This is another reason the insurance lobby is against it. Such a serious intervention is not justified because there are softer alternatives.

The communities of owners also oppose compulsory insurance. “Compulsory insurance, as Baden-Württemberg has now pushed, is not an option for us,” says Ralf Schönfeld, director of the Rhineland-Palatinate state association of the private homeowners association Haus & Grund. Together with North Rhine-Westphalia, the federal state was particularly strong from the lower Bernd met. As a reason for the denial, he says the owners have already had to deal with a host of regulatory requirements.

However, the association is not against insurance itself, it expressly encourages homeowners to take out elementary damage coverage. “We strongly recommend that you take out such a policy,” emphasizes Schönfeld. Instead of coercion, Haus & Grund relies on voluntary risk prevention. Schönfeld expresses his sympathy for the concept of opt-out, as provided for in the insurance industry proposal. “And anyone who chooses not to receive protection loses state support,” explains Schönfeld.

This is intended to relieve the state, which is repeatedly forced to use taxpayer money to help those affected by serious natural disasters. for those below Bernd The federal and state governments have created a recovery fund of 30,000 million euros for the damage caused.

Get out of the Samaritan dilemma

The Federation of Insureds, an association that represents the interests of insurance customers, is one of the promoters of compulsory insurance. Also because, according to his observation, many building owners are not aware that the risks of natural disasters are not covered by basic building insurance. “BdV hopes that politicians will free us all from the Samaritan dilemma and now find a comprehensive and binding solution,” said Stephen Rehmke, a BdV board member.

The association proposes that federal states establish a risk fund to cover elementary damage risks, which all building owners should finance through a property tax surcharge. Homeowners who have purchased private insurance should be exempt from the surcharge and participation. At the same time, the proposal provides for homeowners to be supported in their search for adequate coverage against natural hazards. To do this, an independent comparison portal will be created.

In the GDV insurance association, this arouses little enthusiasm. “I consider our overall concept to be the best available on the market,” said General Manager Asmussen. An insurance solution alone does not do justice to the issue from the point of view of the association. He criticizes that prevention and adaptation to the consequences of climate change have so far played too little a role. The GDV requires additional building measures, and a building ban must be issued in risk areas. “In the Ahr Valley, for example, all but 34 houses will be rebuilt in their original locations,” criticizes Asmussen. “Sometimes putting a house on a pedestal can be enough.”