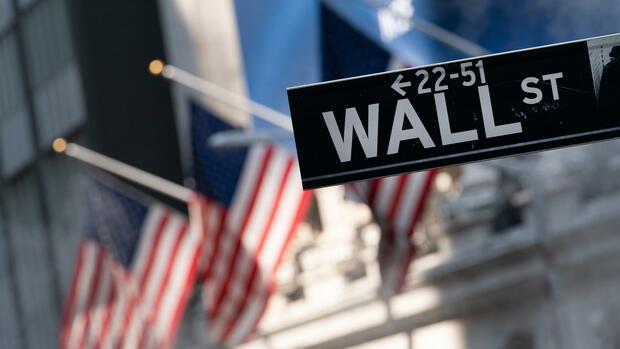 In addition, shareholders in the US are increasingly suing foreign companies and new liability risks are emerging for the managers of so-called SPACs, shell companies for faster stock listings. This emerges from a study published by AGCS on Wednesday.

“Stakeholder groups are increasingly critical of what companies and their management do and stand for, and this often leads to lawsuits and lawsuits,” said Shanil Williams, global director of financial lines at AGCS.

In this environment, directors and officers liability (D&O) insurance remains important. Protects board members, managing directors, and supervisory board members from being held accountable for mistakes with their private assets. However, policies have recently become very expensive, which is partly due to major claims, for example at Volkswagen and Wirecard.

The D&O market is leveling off, says AGCS’s Williams. At the same time, he admits that insurance capabilities are still limited in some segments. Many companies would like to protect themselves more, but the industry does not necessarily offer the desired amounts of coverage.

According to a survey released by the General Association of Insurance Companies (GVNW) for the 2020/21 renewal round, companies had to accept significant D&O insurance price increases from their managers.

For about a fifth of those surveyed, the increases were between 50 and 100 percent, and for 15 percent they were even more than 100 percent. The companies also complained of lower sums insured and worse conditions.

Industrial insurance brokerage Marsh noted this fall that D&O insurance premiums continue to rise, sometimes dramatically, and insurers continue to reduce contract capacity. In particular, companies that are in financial distress, have suffered losses, or are listed on the US stock exchange should expect significant effects.

One reason for the price increases is that the division has become a losing business for many insurers. According to industry association GDV, the loss rate after settlement last year was 110 percent. Gross insurance claim expenses after settlement were therefore significantly higher than gross premiums earned.

However, AGCS’s Williams stresses that market restructuring is well under way, including in his own portfolio. The D&O insurance area is slowly offering profitable growth opportunities in selected areas that one wants to use.

Insolvency risks are likely to be in the spotlight in 2022

Directors are exposed to particularly high liability risks in the event of insolvency. Since the support measures for companies that were established due to the corona pandemic are expiring, credit insurers in Germany expect an increase from 15,500 to 17,000 company bankruptcies next year, after around 15,000 bankruptcies this year.

Additionally, financial service providers in particular face numerous challenges in managing risk, according to AGCS. Market prospects are more volatile as the risk of asset bubbles rises and inflation rises in different parts of the world. At the same time, companies would need to properly document and disclose climate-related risks, which could lead to further legal disputes.

In addition, many companies sent their employees to work from home during the corona crisis, a gateway for hacker attacks: “Management can be held responsible for insufficient precautions,” emphasizes AGCS expert Stephan Geis.

Higher risk of litigation in the US

Pending shareholder lawsuits against foreign companies in US courts can also pose a problem for top executives. Geis notes that there are increased legal risks for board members of companies doing business in the United States.

He points to an unprecedented settlement in October 2021, in which the Chinese defendant, Renren, known as “China’s Facebook,” agreed to pay at least $300 million to settle a lawsuit. Shareholders had accused management of misconduct in a New York court.

AGCS sees a new risk in the so-called Special Purpose Acquisition Companies (Spacs), shell companies that allow a quicker route to public listing. Spacs’ growth in Europe still lags far behind that in the US, but it can be assumed that, despite less favorable company law in European countries, it will continue to gain momentum. However, Spacs are linked to some special risks related to insurance; The first D&O claims are already being reported.