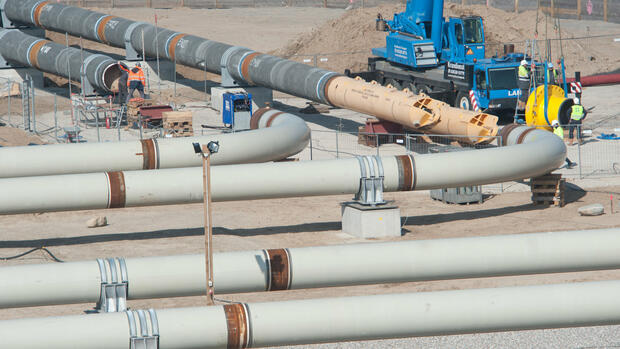 Munich/Frankfurt The three leaks in the Nord Stream 1 and 2 pipelines could become a case for insurers. However, whether they actually have to pay for the damage depends on the reason for the gas leak.

If it is indeed sabotage or even an attack by the state, as many currently suspect, then the industry probably won’t have to pay any compensation, they say. Leakage would then be valued similarly to war damage, which is also not insurable. However, it is still too early for concrete statements.

In general, big projects like pipelines have been good business for insurers for years. As a general rule, pools are assembled from a number of providers to spread the risk widely. In the case of the Nord Stream 1 pipeline, Munich Re was a major insurer when it was built more than a decade ago.

Since 2008, Munich Re has held a substantial insurance stake in the 1,224-kilometre pipeline between Vyborg in Russia and Greifswald in Germany. A 2011 group press release said: “It is the offshore department’s most comprehensive underwriting project to date and the largest single facultative venture Munich Re has ever had on its books.”

When asked, the group declined to say how much the world’s largest reinsurer is still involved in insuring the pipeline. Already in the Nord Stream 2 follow-up project, in which Munich Re also belonged to the hedging consortium, CEO Joachim Wenning had confirmed the withdrawal last year.

About a decade ago, Munich residents were even more enthusiastic about Nord Stream 1. At the time, Munich Re’s choice as one of the key insurers was considered prestigious. In the early 2000s, the Dax group began insuring large-scale offshore construction projects.

Early benchmark projects included Blue Stream in the Black Sea, Green Stream in the Mediterranean, and Dolphin in the Persian Gulf. The Nord Stream contract was seen as the high point of this development and, at the same time, as the most challenging project to date.

To do this, coverage was divided into a total of four phases. The first dealt with the risk of transporting the pipes, followed by their processing in so-called coating plants in Germany and Finland. Some 200,000 individual parts had to be covered with concrete there. Phase three was the most complex. Pipes were to be laid at a depth of up to 200 meters. Munich Re insurance contracts, among others, were also used for this. The last step was to secure the first line of pipe when the second line is being installed next to it.

It is already becoming clear that the Nord Stream 1 pipeline leak will be a major concern for reinsurers at their industry meeting in Baden-Baden in just over three weeks. “Systemic risks,” as vendors call such dangers, are likely to dominate discussions there, they say.

more about this: What is known about the alleged sabotage of the Nord Stream pipelines.