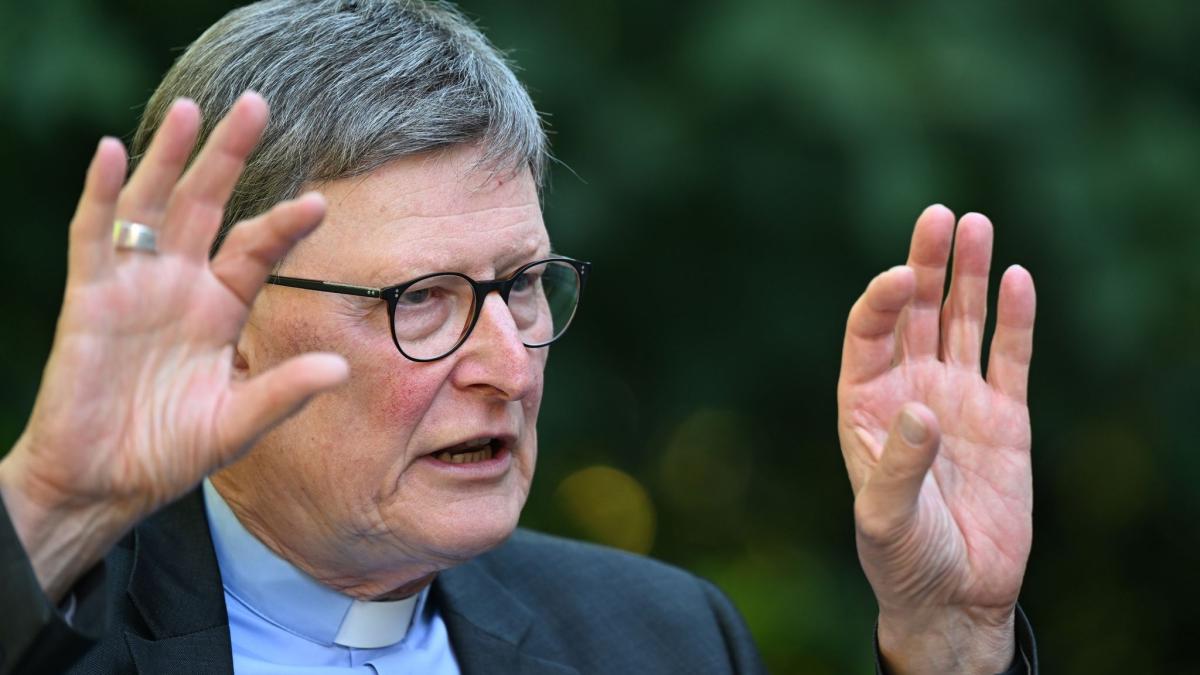 The Cologne prosecutor’s office is investigating Cardinal Rainer Maria Woelki. This is the accusation of false affidavit.

An investigation is underway against Cardinal Rainer Maria Woelki. This was announced by the prosecutor’s office in Cologne on Wednesday. In the process, he wants to investigate whether the accusation of false affidavit is substantiated, as prosecutor Ulrich Willuhn announced.

This was preceded by statements by Hildegard Dahm, a former employee of the human resources department of the Cologne archdiocese, of which Woelki was strongly accused. In an interview with the Cologne City Gazette she had contradicted the cardinal’s account that he had only been treated in the fourth week of June 2015 for the abuse case involving clergyman Winfried Pilz.

Woelki had previously filed a deadline affidavit for the fourth week of June in a press law trial before the Cologne district court, which was held against Springer-Verlag. “That’s not true,” Dahm, who was assistant human resources manager for the Archdiocese of Cologne, said in the controversial interview that was published Tuesday night.

Woelki is said to have received a list of abusers in early 2015.

Dahm claims in the interview that he created a list of abusers for Woelki in early 2015, which the then-HR manager gave to the Cardinal. This was up to date at the time. Winfried Pilz is said to have been among the 14 names.

She admits “he didn’t look at the sheet with the fungus and the other 13 names. But I faced that. Definitely.” The former human resources employee also reported a disinterested reaction from the cardinal. When he asked his boss how Woelki reacted to the list, he is reported to have said: “The cardinal was not interested at all.”

We want to know what you think: The Augsburger Allgemeine is therefore working together with the opinion research institute Civey. Read here what representative surveys are about and why you should register.

We need your consent to display the Civey survey

With your consent, external content may be displayed here that supplements the editorial text. By activating the content via “Accept and display”, Civey GmbH can store or retrieve information on your device and collect and process your personal data. You can withdraw your consent at any time using the slider. Data Protection