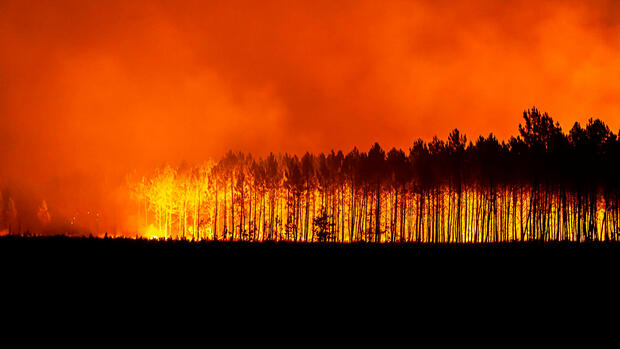 frankfurt Thomas Blunck sees his industry faced major challenges in the face of extreme inflation, rising interest rates, and falling prices for equity investments. “The situation in the reinsurance market has rarely been as complex as it is now,” the Munich Re board member, who is responsible for the life business and the Europe and Latin America department, among other things, said in an interview. with Handelsblatt. “Several aspects converge that lead to a reduction in reinsurance capacities throughout the industry,” he emphasized in the run-up to the largest meeting of reinsurers in the industry, which will take place in Monte Carlo from Saturday to next Wednesday.

At the same time, reinsurance prices are likely to rise further due to higher claims costs as a result of inflation. However, Munich Re expects the demand for reinsurance coverage to increase and therefore expects good opportunities for its own company: “We will be able to further develop the reinsurance business specifically and expand it profitably.”

There are several reasons why reinsurance capacity is declining across the industry: rising interest rates in particular are currently weighing on insurers’ investments. Because the bonds that were already in the portfolio from the long phase of low interest rates are currently losing value. In individual cases, reinsurers may have less capital available to take on risk, according to Munich Re.

The effects are particularly strong for European reinsurers, as general economic challenges are compounded by the sharp rise in the dollar’s exchange rate against the euro. Converted to euros, this makes it more expensive for European reinsurers to cover risks in the US and also in Asia. Blunck explains that this restricts the business opportunities of individual market participants: “We are already seeing some reinsurers pulling back a bit from individual segments.”

According to data from ratings agency AM Best and reinsurance broker Guy Carpenter, reinsurance capital, an important indicator of available reinsurance capacity, will fall again this year for the first time since 2018, likely by a good eight percent. to 435 billion dollars.

Capacity bottlenecks occur in some segments

According to Munich Re, short-term capacity bottlenecks are emerging in some reinsurance segments, for example natural catastrophe covers in Florida. The market for alternative risk transfers, in which insurers use special financial instruments to transfer risks to the capital market, has also not grown. Invested capital remained roughly the same at around $100 billion.

In addition to the fall in capacities, there is an increase in prices. The biggest topic in discussions with clients right now is how to correctly reflect high inflation together, Blunck says: “General price increases lead to higher insured values, which then need to be reflected in higher insurance premiums.” Re, otherwise premiums -ManageCorrect they no longer reflect the actual risk of harm.

However, Moody’s sees a danger that sustained price increases will cause claims costs to rise more than reinsurance prices, hurting reinsurers’ profits.

There are good business opportunities in Latin America

Despite higher premiums, demand for reinsurance protection continues to grow, according to Munich Re. The bottom line is that the global property and casualty reinsurance market will grow at least as fast as the primary insurance market by 2024. According to estimates of Munich Res Economic Research, the reinsurance sector worldwide will grow between two and three percent between 2022 and 2024, adjusted for inflation. Growth will probably be strongest in Latin America at four or five percent.

“We are currently in a particularly good position in Latin America,” says Blunck. In some cases, individual providers are withdrawing capacity here. At the same time, insurance penetration is growing faster than in Europe, meaning that direct insurers are increasingly demanding reinsurance protection. “That’s why we see above-average growth opportunities there,” explains Blunck. In general, however, they want to grow “carefully and selectively” in the current environment.

Faced with meteorological catastrophes such as extreme heat waves, droughts, forest fires or floods, which are increasing as a result of climate change, reinsurers have to readjust their risk management. According to Blunck, Munich Re is working to model the risks even more precisely, precisely and locally. A lot is invested here in data and IT systems.

“This facilitates disaster assessment, which in turn enables better prevention and more risk-appropriate pricing,” explains Blunck. Only in this way could some regions remain insurable in the long term.

Blunck is focusing on further growth, especially with performance guarantees, which, for example, ensure the performance of photovoltaic or wind plants. With a new offer of plants for the production of hydrogen, Munich Re expects a further boost in the commercial field.

Plus: Swiss-Re boss Mumenthaler: “There is no choice but to raise prices.”