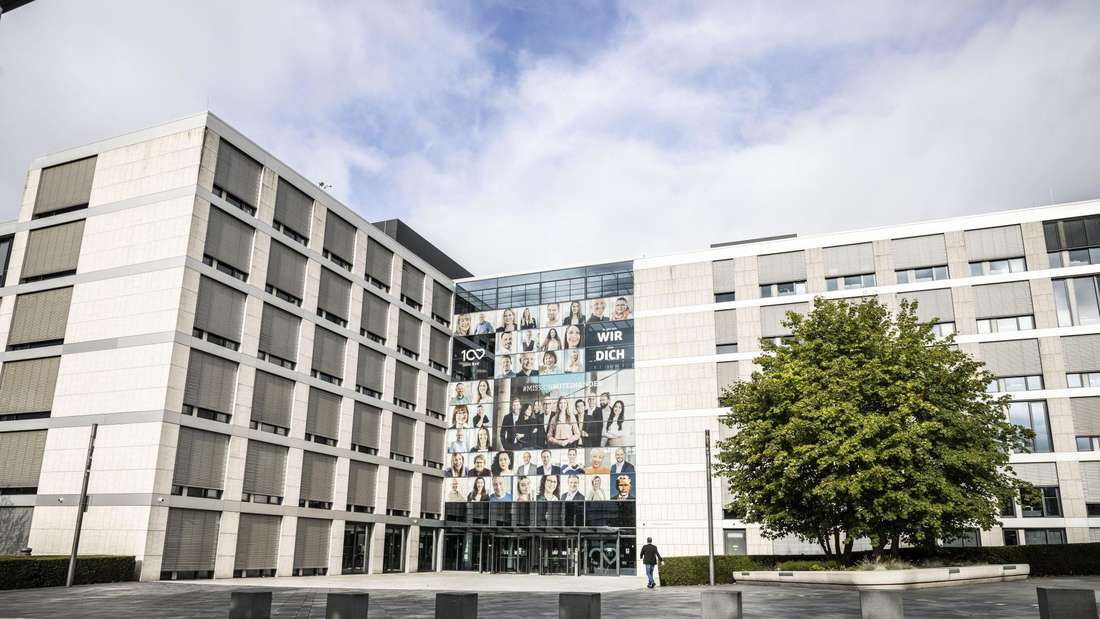 R+V Versicherung celebrates its centenary with a future festival in the Rhein-Main Congress Center. 6,000 employees work on the office campus in Wiesbaden. And it will continue to be built.

Norbert Rollinger is confident. “In its 100-year history, R+V has survived many crises,” says the CEO of the cooperative insurance group, which has been based in Wiesbaden since the 1960s. However, the company has seen easier days. , admits the head of R+V. “The coronavirus pandemic, the war in Ukraine and the volatility of the financial markets are showing everyone how fragile the entire system is.” This poses enormous challenges for an insurance company whose core business is calculating risks.

However, R+V does not want the festive atmosphere to be spoiled. After all, looking back at the history of the company offers many positive things. In a century, R+V has grown from a small agricultural insurance cooperative to a large corporation with nearly nine million customers and more than 17,000 employees.

The beginning was quite spectacular: on September 15, 1922, high-ranking representatives of the cooperative movement sealed the founding of Raiffeisen General Insurance Company and Raiffeisen Life Insurance Bank with their signatures. The two closely intertwined companies were initially headquartered in Berlin. The fact that the headquarters is now in Wiesbaden is due to the impending division of Germany after the end of World War II.

To be on the safe side, those responsible opened a second company headquarters in Niederwalluf in Rheingau in 1946, which they moved to the state capital of Hesse only two years later. In 1966, Wiesbaden became the sole location for all R+V companies. Currently 6,000 people work there, and the trend is increasing.

being discussed on the results of a study for which the economic research institute Prognos asked people from the baby boomer generation (from 52 to 66 years old) and Generation Z (from 13 to 26 years old) about their expectations for the future.

who at the event If you want to participate in the RMCC, you can find the necessary information on the Internet at https://www.mission-miteinander.de/zukunftsfestival. two

In recent years, the number of employees has grown by an average of 300 to 350. Therefore, another office building is planned on the company campus at Raiffeisenplatz, which should offer space for around 1,000 employees from 2025. The business figures are also impressive: in the last ten years, the group has increased its income from premiums from 11,700 to 20,200 million euros. With the final move to the new campus in the southeast of Wiesbaden in 2011, R+V gained development opportunities, but at the same time moved from the center to the outskirts. Within the company, the sale of the flagship location in Kureck probably not only caused gloom: it took all employees 30 minutes to be at their workplace in Kureck’s high-rise building; the capacity of the elevators did not allow more. As a result, flextime was introduced at R+V.

In order to be prepared for the next 100 years, the insurance company gave itself a birthday present and commissioned a future study. Key question: How do we want to live in the future? The results will be presented on September 15 and 16 during a high-caliber festival with conferences, workshops and round tables at the RMCC Congress Center in Wiesbaden.

In addition, the insurance cooperative group is supporting more than 300 social and sustainable projects with a total of 1.6 million euros in its anniversary year. R+V employees were able to make the selection, and customers were also asked to vote for their favorites and thus distribute an additional 50,000 euros.