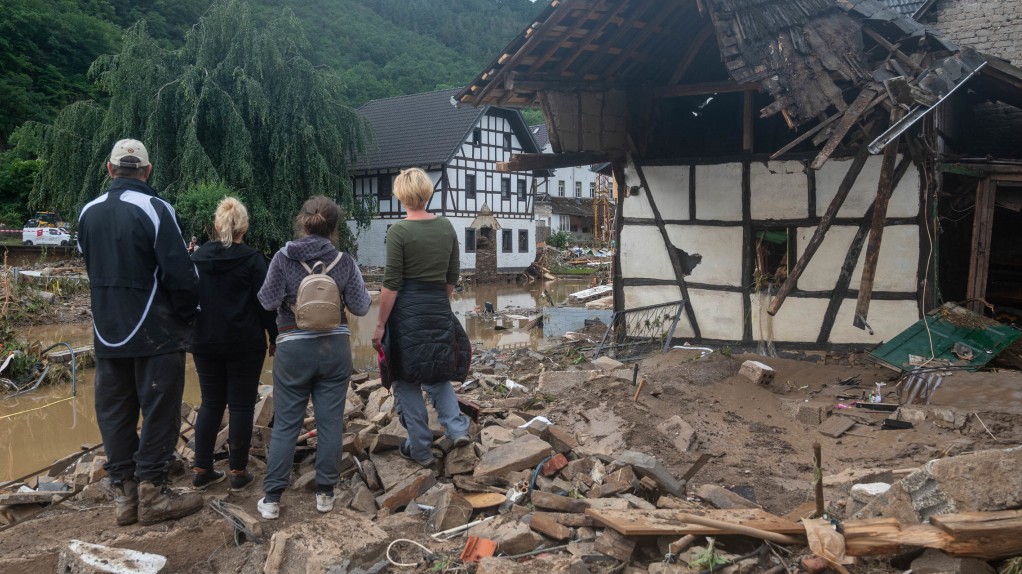 Streets that become raging rivers that devastate everything, flooding basements, collapsing houses and numerous deaths. The depth Bernd caused great devastation. The search for missing persons continues, local residents are doing the cleanup work. And the question arises how much money there is from the insurance company for damaged buildings, household items and broken cars.

Who pays for damage to the house, the apartment and the contents of the home?

Residential construction or home contents insurance is the right contact here. However, the policy only covers storm and hail damage. “In addition, it also pays in case of damage or destruction caused by fire, surge damage caused by lightning, implosion, explosion or water damage,” says Bianca Boss of the Association of Insureds. Floods caused by precipitation or rising rivers like these Bernd brought are not covered. To do this, the owners of houses and apartments must take out additional coverage for elementary damages. In addition to flooding, it also pays for damage caused by landslides, subsidence, snow pressure, backwater, avalanches, earthquakes, or volcanic eruptions.

What about natural hazard insurance?

Not everyone has taken out elemental damage coverage. In North Rhine-Westphalia, 47 percent of buildings are protected against this, putting the state slightly above the national average of 46 percent. In Rhineland-Palatinate, on the other hand, it is only 37 percent. “Insuring a property against extreme weather conditions costs as much per year as comprehensive insurance for a car,” says Peter Schnitzler of Ergo, a subsidiary of Munich Re. “However, in the case of a claim, it is about existence “. Because renovating a house or even building a new one costs hundreds of thousands of euros, sometimes even millions. However, consumer advocates criticize that people in areas particularly at risk of flooding have to accept very high premiums or high deductibles, or even not get protection. After major flood damage, there is a regular debate about the introduction of mandatory natural hazard insurance. Insurers refuse. The industry association GDV argues that 99 percent of buildings can also be insured on a voluntary basis.

What about car damage?

Damage to the car is covered if the owner has partial or comprehensive insurance. In addition to the direct effects of floods, snow and roof avalanches, lightning, hail and storms, damage caused by falling bricks and branches on the car is also insured.

How do I behave correctly in case of damage?

In the event of storm damage, it is important to act quickly and take emergency measures to limit the damage. Those affected should seal broken windows or move household items from the flooded basement to a safe location. “But they shouldn’t put themselves in harm’s way,” says consumer advocate Boss. “Of course, your own safety and integrity always come first.” Multiple deaths from Bernd they are also deplorable because people wanted to secure their basements and drowned in the process. Once the situation has calmed down, the injured party should contact their insurer immediately and report the damage. “Take photos, document the damage and make a list of what’s damaged,” Boss said. “Also ask your insurer what steps to take next.”