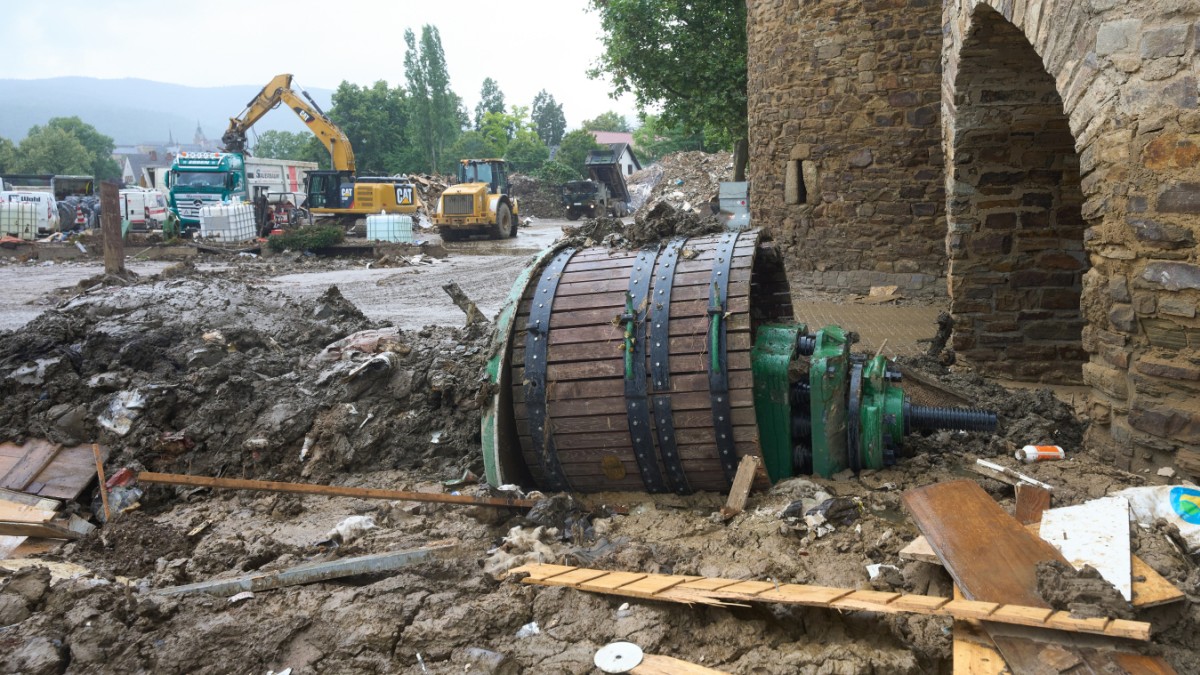 Currently, German employers are not very happy when they have to think about insurance. The costs of securing factories, covering against cyberattacks, or protecting managers have been rising for years. In contracts for 2022, insurers have upped the ante again and there are no signs of a change in trend.

Of particular concern to the industry is that prices are rising across the board for virtually all businesses, not just those that caused damage. Given the current risk of recession and cost pressure on many companies, this is not welcome.

Hans-Jörg Mauthe defends the procedure. He is Director of Central and Eastern Europe at the Allianz subsidiary, Allianz Global Corporate & Specialty (AGCS), one of the leading providers of industrial roofing with a turnover of five billion euros. “When evaluating industrial risks, the accident rate plays an important role,” he says.

But there are other criteria such as the general level of prices, the quality of the risks assumed or the sector in which the company operates. Across all contracts, AGCS has increased prices by 20 percent in recent contract renewals. However, GATS took individual differences into account, says Mauthe.

For years, the situation of risk managers in charge of contracting insurance in the sector was very different. Competition among providers ensured that premiums fell from year to year. In most cases, even more advantageous terms could be negotiated. This caused the situation of insurers to deteriorate more and more. GATS also slipped into the crisis. At the end of 2019, Allianz boss Oliver Bäte got fed up with the poor results, fired the boss at the time and hired Joachim Müller as a reorganiser.

The restructuring of AGCS is now considered complete within the group. “As far as our restructuring is concerned, we are certainly 95 percent advanced,” says Mauthe.

Under normal circumstances, customers in the industry could soon be poised for the balance of power to tip again and for the price gouging phase to end. Because it usually works like this: if prices are so high that insurers are making good money again, this attracts other providers to the market, competition increases and prices fall again. This can already be seen in other regions, but not in Central Europe, says Mauthe.

Instead, high inflation and a worsening economic outlook should keep prices high. “Inflation will certainly be an issue in the renewal discussions we have with our clients,” says Mauthe. “We’re seeing price development that we haven’t seen in 30 or 40 years,” she says, referring to construction companies and machine builders.

For insurers, inflation makes claims payments more expensive: the values ​​of the insured items increase, the cost of materials to rebuild the production hall or replace a destroyed machine increases.

Damage to buildings is particularly affected, as repairs or reconstruction have become much more expensive. The cost of cement, wood and steel has increased dramatically. “Steel is almost 50 percent more expensive than it was a year ago,” says Mauthe. However, so far she has not feared that inflation and the prospect of a recession in Europe could ruin the results of insurer AGCS. “We remain confident in our goals.”

The situation for clients was particularly difficult recently in business liability insurance and cyber coverage, which protects against the consequences of hacker attacks and data loss. This is also where prices in GACS rose the most in the last renewal.

In cyber insurance, insurers are struggling with heavy losses. That is why AGCS has also become more cautious about taking risks here. “In the last four years we have seen a quadrupling of claims reports, in the market and with us,” says Mauthe.

However, fears that hacking attacks on Western companies may increase as a result of Russia’s war against Ukraine have so far not materialized. “We haven’t been able to identify this in the claim reports yet,” he said. However, he does not want to make a prediction as to whether this will continue to be the case.

The war itself has barely been reflected in damage reports to AGCS so far. War risks are excluded in many contracts. However, they may be covered by special warfare coverage, which is common for ships and aircraft. However, AGCS hardly participates in this business.

An important issue for the company, which is based in Unterföhring near Munich, is the return of employees to the office. The legal requirements to work from home have already expired. AGCS has introduced a hybrid work model that offers a combination of home office and office work. “We have agreed with our employee representatives that most of the work should be done in the office or out with the client,” says Mauthe. She is not afraid of conflict. “This is fully accepted by most employees and is perceived as a generous arrangement.”