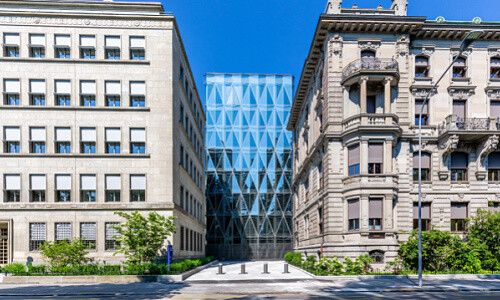 Zurich Insurance Group (Zurich) celebrates its 150th anniversary this week. Since the beginning of 2016, Zurich has risen from 10th to 7th place among the world’s largest insurers by market capitalization and is now number 2 in Europe. Altogether, the company covers 210 countries and areas.

Over that period, Zurich has generated a total shareholder return (TSR) of 145 percent, compared to 27 percent for the STOXX Europe 600 insurance index. This achievement was achieved against a backdrop of extreme weather events, global pandemics , war in Europe and inflation, as the chairman of the Zurich board of directors said. Michel M. Liès explained to the media on Thursday.

“Zurich can celebrate today because Zurich has shown the ability to navigate successfully in an uncertain world,” continued Liès. Since the company was founded in Zurich on October 22, 1872, originally as a marine reinsurer under the name Versicherungs-Verein, Zurich has supported the prosperity and growth of businesses, families and communities.

“In recent years, we have delivered record combined ratios, strong operating profits and continued top line growth. Thanks to our strong financial position, our balanced portfolio and our good reputation, we can celebrate this anniversary with confidence,” said the Zurich CEO. Mario Greco.

When will inflation come down again in Switzerland?