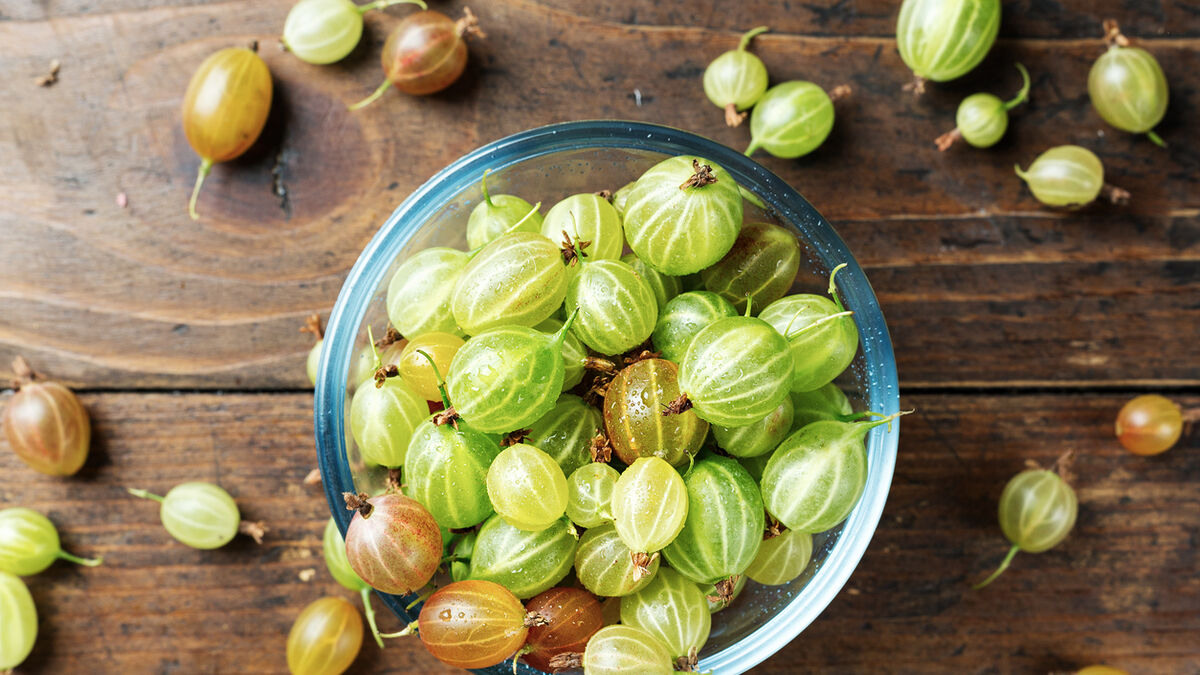 Currants are so healthy

Although gooseberries probably originally grew in Asia, the tough berries managed to take root in European soil many centuries ago. Gooseberry bushes and hedges have been native to northern Europe since the Middle Ages. As seasonal and regional berries, hairy gooseberries are simply a part of summer. Depending on the variety, currants, which belong to the gooseberry genus, ripen from June to August.

Anyone who has always slept through the gooseberry season should get ready now. Germany is the world’s largest producer of currants. Nearly 50 percent of the world’s gooseberry production is produced here. The first batches of the delicious berries are now available at the weekly markets and in supermarkets. Ripe berries are very sweet. They contain almost as much sugar as grapes. The different varieties can be recognized by their coloration. Red or green currants are typical. The hard, thick skin of the berries is translucent, allowing a glimpse of the marbled interior. And that’s full of valuable nutrients. On average, for every 100 grams of currants:

1. Fiber fills you up and regulates digestion

With just 150 grams of currants, you can get more than a quarter of your recommended daily fiber. Gooseberries fill you up quickly due to their high content of non-soluble vegetable fibers. The fibers swell in the stomach and other digestive tracts. Due to this increase in volume, the feeling of fullness sets in quickly. High-fiber foods like currants move more slowly through the digestive system, another reason for the long-lasting effect of satiety. Digestion is also stimulated. Because the increased volume of stool stimulates receptors and nerve cells on the inner walls of the intestine, which promotes a natural rhythm of digestion and emptying.

2. Regulate the increase in blood sugar

Gooseberries can have a positive effect on stable blood sugar levels. The fiber it contains, such as pectin, slows down the absorption of sugar into the bloodstream. This prevents the blood sugar spikes that inevitably lead to cravings when excess insulin remains in the blood. In one study, researchers were able to discover that gooseberry extract may have an inhibitory effect on alpha-glucoside. The enzyme transports sugar from digested food in the intestines into the bloodstream. If it is inhibited, less sugar reaches the blood. The blood sugar level remains stable.

Learn more: With these tips you can lower your blood sugar level > >

Gooseberries are rich in antioxidant botanicals like phenols, flavonoids, and anthocyanins. These can protect vessels and nerve cells from oxidative stress and prevent the development of age-related degenerative diseases. Healthy acids like citric, malic, and tartaric appear to be particularly important for brain health. They are all found in currants and, according to studies, they can prevent the accumulation of iron in the cells. Elevated levels of cellular iron can drive the release of free radicals in the body. These aggressive oxygen compounds are responsible for degenerative diseases such as Alzheimer’s and dementia.

Read on right away: With the MIND diet against dementia > >