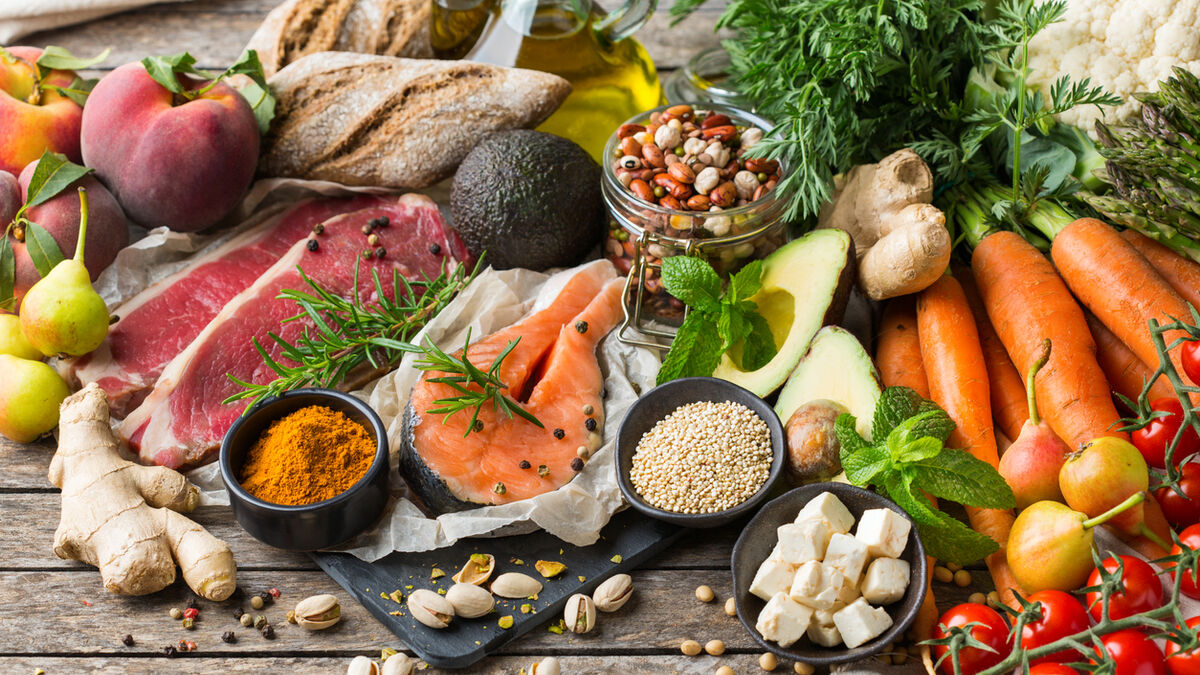 What is flexitarian eating?

Flexitarians eat mostly and primarily vegetarian food, but eat meat, fish and other animal products as the occasion arises and at their own discretion. The word is a reinvention of “flexibility” and “vegetarian”. These flexible vegetarians should not be understood as weak-willed vegetarians who indulge in meat once in a while when it suits them. Flexitarians make a conscious decision to significantly reduce their own meat consumption. This is accompanied by a greater focus on the quality of the meat consumed. The products of industrial agriculture in degrading and unhealthy conditions are taboo. Most flexitarians attach great importance to organic labels, sustainability and animal welfare. If meat is eaten, then it comes from particularly good sources and farming systems.

In Germany they see themselves as flexitarians more than ten percent of people. A growing awareness in society for good and sustainable production in agriculture and livestock in recent years, a greater general environmental awareness and climate-friendly lifestyles are the main reasons for the rapid growth of followers of flexitarians. The focus on individual health and insights into the sometimes catastrophic conditions of factory farming have made many people think about their own meat consumption.

Since the term “flexitarianism” is relatively new, it’s important to note that flexitarian eating is by no means a new phenomenon. Many people eat mostly vegetarian food for their own reasons and according to their own food preferences, without identifying as flexitarians or semi-vegetarians. It is also unclear to what extent meat-restricted diets such as the Mediterranean diet, the Nordic diet, or the DASH diets can be described as flexitarian diets. The group of low-meat eaters who eat a mostly plant-based diet is likely to be much larger than previously thought.

also exciting: The Nordic diet is so healthy > >

4 reasons for the healthy flexitarian diet

The German Nutrition Society (DGE) recommends a maximum of 300 to 600 grams of meat per week as part of a balanced diet. People in Germany eat twice as much meat on average. Flexitarians who only occasionally eat meat sometimes come very close to the DGE recommendation. You benefit from all the advantages of a vegetarian diet, you can also obtain important vitamins and nutrients from foods of animal origin through deliberately chosen small amounts of meat in your diet. Vitamin B12, so important for human metabolism, is only found in foods of animal origin. Flexitarians can get enough B12 from a balanced diet with occasional amounts of meat. However, since flexitarians are primarily vegetarians, there are many health benefits associated with eating a plant-based diet. Sufficient dietary fiber can help digestion. At the same time, soluble fiber is particularly good for normal blood sugar levels. Cardiovascular health also benefits from vegetarian diets thanks to stable and healthy blood pressure. The risk of developing type 2 diabetes is also lower.

go to article: These foods are particularly rich in dietary fiber > >

2. You live more sustainably and climate-consciously

The annual meat consumption per capita in Germany in 2020 was 57.33 kilograms. Although there is a clear downward trend in meat consumption – in 1991, for example, Germans still consumed almost 64 kilograms of meat per capita – we still eat too much meat and sausage. Animals and the environment suffer from our insatiable appetite for meat. Unworthy factory farms, sick animals receiving prophylactic treatment with antibiotics, and huge agricultural areas used for animal husbandry and feed production leave an environmentally harmful and climate-friendly footprint. The meat industry as it currently works is not sustainable and needs to change. For it to do that, it must first change consumer behavior. Because our demand determines the market and production methods. Flexitarians, who attach great importance to good meat quality, animal welfare and sustainable production, contribute through their purchase and consumption decisions to making meat production more humane and ecologically sustainable in the future.

Learn more: This is what happens when you eat organic food every day > >

One of the most compelling aspects of the flexitarian diet is how easy it is to follow the diet. There are no clearly defined bans or upper limits for foods of animal origin. The only thing that counts is the idea of ​​reducing meat consumption. How much meat you end up eating is completely up to you. Of course, the health benefits and the positive effects on animal welfare and environmental protection are increased if you reduce your meat consumption as much as possible. The suitability for daily use of the flexitarian diet gives it many adherents, because the scope for spontaneous dietary decisions is large. Flexitarians don’t have to worry about not being able to find suitable dishes for them in a restaurant. Even invitations to dinner with friends are not a stumbling block, whoever eats mainly vegetarian food and pays attention to a balanced diet can, as a flexitarian, eat fish and meat occasionally and depending on the occasion.

read on immediately: These dietary trends are actually very healthy >>

Most plant-based diets are healthier than diets rich in meat. A flexitarian diet will also pay off on the scale, because it is much easier to maintain the desired weight by filling the stomach with vegetable fiber. Unhealthy binge eating can be avoided during sudden cravings. Initial study results suggest that flexitarian diets may actually have a positive effect on weight loss and healthy weight management.

In the video: Meat consumption falls in Germany according to statistics