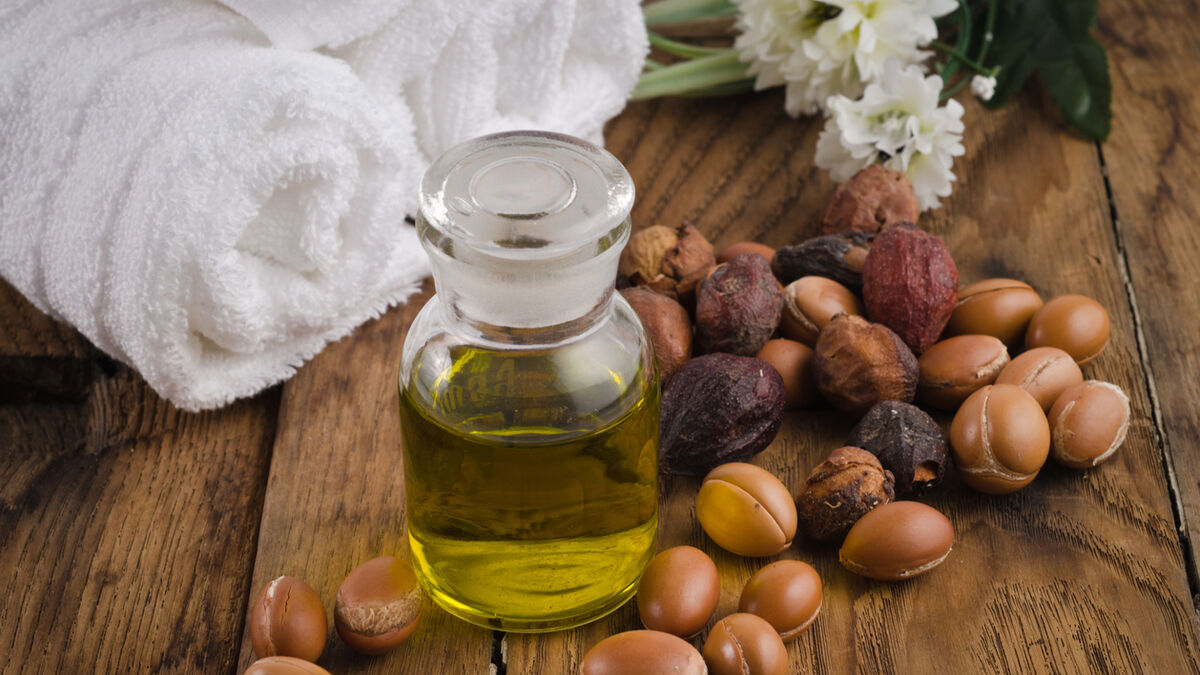 read on immediately: Avoid these foods if you have high cholesterol > >

It can guarantee healthy skin.

contains argan oil tocopherols. This botanical is also commonly used called vitamin E and has antioxidant effects. The vitamin thus protects cells from the harmful effects of free radical oxygen compounds, which damage the cell nucleus and thus cause skin aging, for example. Therefore, vitamin E is often used in the cosmetic industry for skin health and a youthful-looking complexion. The antioxidant is found in creams and ointments and contributes along with other active ingredients. skin health in. Compared to other edible oils, argan oil does not contain too many tocopherols. The value is in the middle and is comparable to that of rapeseed oil. However, argan oil is especially suitable for massages and skin treatments. The aromatic and ethereal scent has a calming effect.

also exciting: These are the healthiest cooking oils > >

It has an anti-inflammatory effect.

Argan oil has anti-inflammatory properties and can help to relieve inflammation. When used externally on the skin, positive effects can be achieved in treating acne or inflammatory skin irritations. Used internally as an edible oil, it can have a calming effect on the stomach and digestive tract. Regular intake of argan oil as part of a balanced diet can definitely have beneficial effects on health.

Argan oil is rich in plant-based omega-6 fatty acids. The first and most important is linoleic acid, from which basic components can be synthesized in our body. Omega-6 fatty acids such as linoleic acid can Supports brain performance and promotes nerve health.. This can counteract the development of degenerative diseases such as Alzheimer’s or Parkinson’s. The German pharmaceutical magazine called argan oil “physiologically valuable” due to the special composition of fatty acids. As part of a balanced diet, the unique oil from argan nuts is suitable for beneficial health effects.

In the video: How healthy argan oil is produced in Morocco