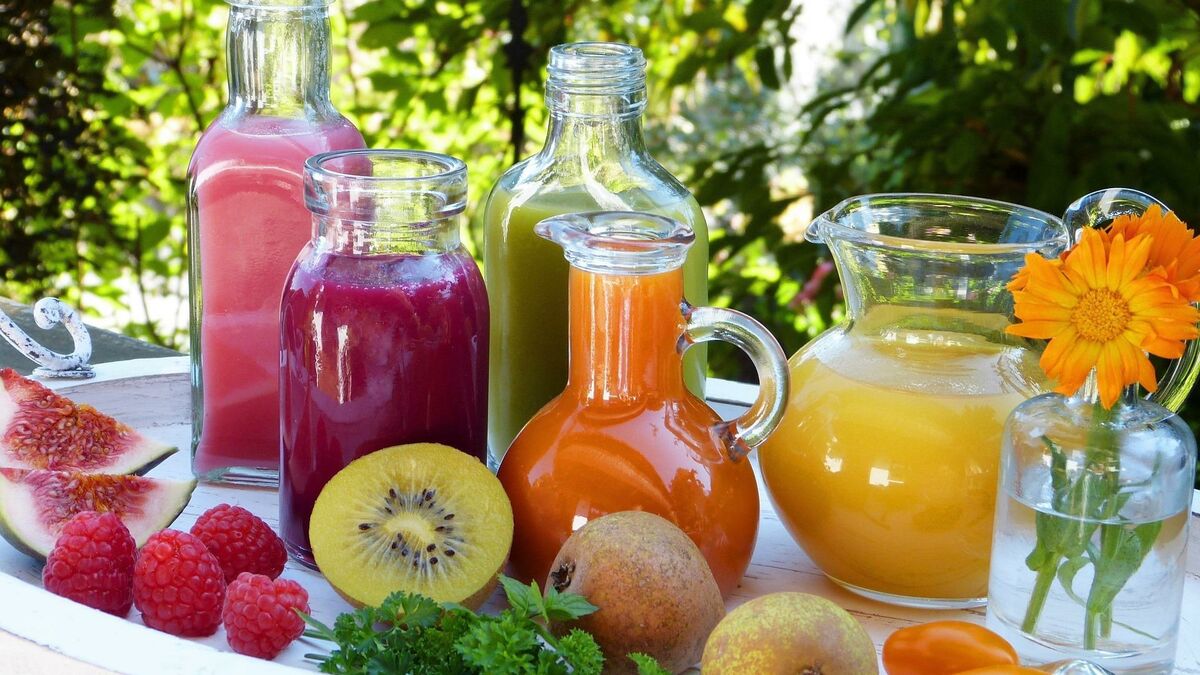 There are probably few health trends that have received as much attention in recent years as juice fasting. The so-called Juice Cleansing promises a relaxed and energized awakening from a busy day. You can find a wide variety of cold-pressed juices online and in local stores. There are usually instructions that explain how to do juice cleanses over a period of three or seven days, for example. According to the various manufacturers, these concentrated vitamin bombs can rid the body of harmful substances and also cleanse the intestines in a short period of time.

What’s behind a juice cleanse?

The principle behind a juice cleanse is simple. During a juice cleanse, you abstain from solid foods for a set period of time. During this time, people rely on cold-pressed fruit and vegetable juices, water, and unsweetened tea. This may sound monotonous and boring at first glance, but with the right recipes you can add a lot of variety to a 5-day juicing cleanse.

These modern fasting cures usually last between a day and a week. During this period they drink between five and seven juices a day, which can also be supplemented with small shots. Such a cleansing juice should soothe the entire body and thus ensure better health and more energy in general. Such a juice cure can be used up to four times a year and thus benefit from the positive effects.

It is important to note in this context that a modern juice cure is somewhat different from a therapeutic fasting cure used under medical aspects.

What are the benefits of a juice cleanse?

The myth persists that a modern cleansing juice can also be used for detoxification. This means that existing contaminants can be removed from the body. At this point, however, one must know that such an effect cannot be proven by a 5-day juice cure. Although that is not decisive either, because the human body itself has the appropriate organs for effective detoxification. The kidneys and the liver regularly filter the blood present and ensure the elimination of the detected toxins. On the other hand, the intestine is capable of absorbing nutrients that are important to the body.

On the basis of these facts, you can already come to the question of the point of juice fasting. In many cases, however, it is not known that the diet itself can cause apathy, tiredness and also digestive problems. For example, going without solid food for five days can be a welcome break for your digestive system. Various cold-pressed juices are used in a classic 5-day juice cure. These are easy to digest and still provide the body with important minerals and vitamins. Demonstrably unhealthy foods, often high in sugar and fat, are not consumed during the juicing period.

Is it possible to lose weight with a juice cleanse?

A balanced juice cleanse is not designed to lose as much weight as possible in a short period of time. However, a 5-day juicing cleanse ensures that you lose some body weight during the juicing period. This is mainly due to the fact that during a modern juice cleanse only liquid is consumed and the number of calories on these days is significantly lower compared to a usual diet.

Among other things, this leads to dehydration of the body, which leads to a significant reduction in body weight. But if you go back to solid food after such a modern juicing cleanse, you’ll quickly regain that water weight.

But even if such a juicing cleanse is not aimed at losing weight, such a 5-day juicing cleanse can be a starting point for an overall change in diet. Because after such a juice cleanse, many people want to eat much healthier and more balanced food in the long run. After a juice cleanse, it’s particularly important to start the day with a healthy breakfast that’s as nutritious as possible. You can use healthy muesli, for example, or make your own bowls made from oatmeal, fruit, and various types of cereals. Such a breakfast provides the fiber that is so important after waking up and plenty of energy for a busy day.