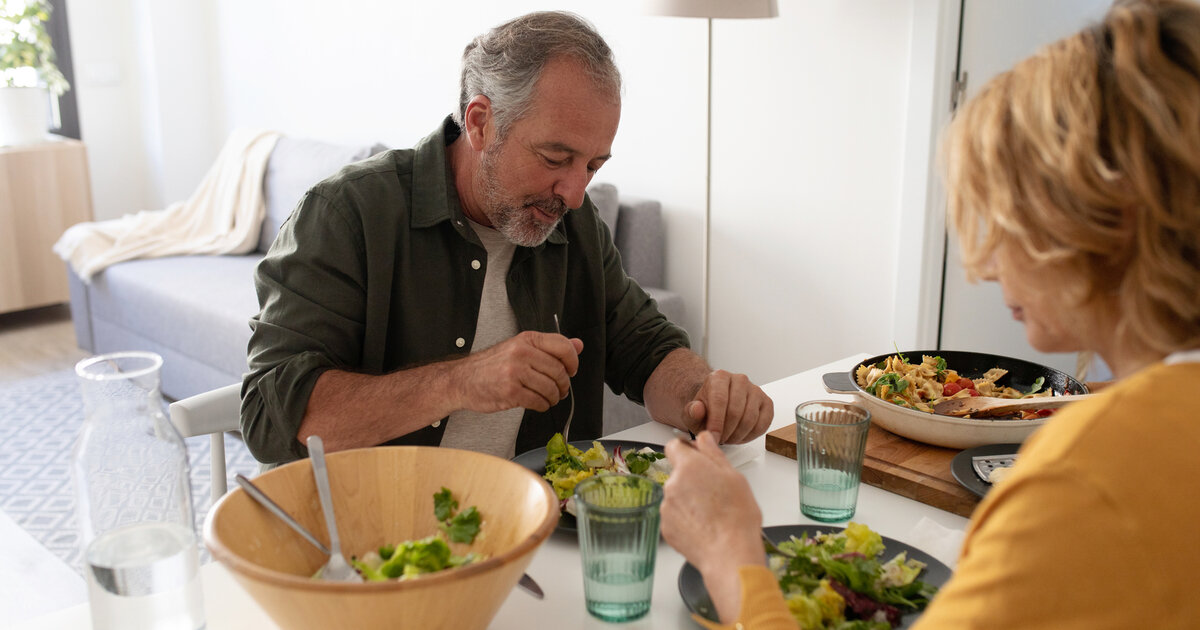 Grow old and be as healthy as possible – many people have this desire. Medical journalist Andreas Jopp is no exception. He is more concerned than most about how food affects the aging body.

“Very few people are aware of the importance of nutrition for the body’s repair mechanisms,” says Jopp, who has written a book on the subject (“Health ON/OFF: Creating a New Body Through Nutrition”). .

From his point of view, he is clear: if you approach your diet correctly -and therefore certain foods on the menu- you can eat younger. How is this supposed to work?

If you want to understand how the body ages, you have to get up close and personal with cells. The chromosomes in which the genetic material is stored are located in the cell nucleus. At their ends are telomeres. Scientists have been looking at these sections of chromosomes for several decades in regards to aging.

Andreas Jopp explains why: “Telomeres protect the genetic software of cells. Think of it like the plastic caps on the end of a shoelace that prevent it from unraveling.”

The problem: With each cell division, telomeres get a little shorter; Chromosomes become increasingly unstable over the years. “This increases the risk of them being read incorrectly,” says Jopp. It does not matter if it is in the intestines or on the skin: the cells no longer perform their tasks as well. Also, it is more difficult for the body to regenerate.

One of several mechanisms

Professor Kristina Norman confirms that telomeres play a role in ageing. She is head of the Department of Nutrition and Gerontology at the German Institute for Human Nutrition Potsdam-Rehbrücke.

But, Norman clarifies, that is not the only mechanism. “There are a total of seven mechanisms of aging, including DNA damage or stem cell depletion.” When it comes to aging, there is no set template. “This is because genetics, lifestyle and psyche are individual for each person,” explains the researcher.

Norman explains why the telomere shortening theory is so popular: Telomere length can be easily determined from a blood sample. That makes it attractive to look at them so strongly.

Even if telomeres are not the only ones responsible for aging processes in the body: there are indications that you can take care of your telomeres with a well-chosen diet.

The author of the book, Jopp, advises consuming less sugar and highly processed products. When these are metabolized, free radicals are formed. These reactive molecules are problematic for two reasons. “First, they can hit cells and damage parts of the genes there,” says Jopp. “Second, free radicals are thought to stimulate inflammation in the body and can also damage telomeres.”

If you don’t want to do without the sweet Danish pastry entirely, you can help yourself with a few raspberries. Like fruits and vegetables in general, berries contain antioxidants. These neutralize free radicals. Coffee and green tea, beverages that are part of everyday life for many, also contain antioxidants. 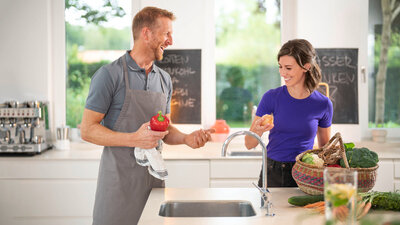 Eat better: Quick and simple dishes on the way to a more conscious and balanced diet

The strengths of Mediterranean cuisine

Mediterranean cuisine is also often looked at in the hope of slowing down aging through diet. Rightly so, as Jopp thinks: “However, this does not mean the deceptive Mediterranean package of pizza and tiramisu, but a diet with lots of vegetables and fruits, lots of legumes and little meat or fish.”

Nutrition researcher Norman also confirms: The fact that the Mediterranean diet has a positive effect on the aging process is self-evident, that is, well-documented. It looks a little different when it comes to studies on the connection between nutrition and telomere length.

The expert emphasizes that so far only a few studies have examined this prospectively. Prospective means: Data is collected specifically for the study, as opposed to a retrospective study, in which existing data from the past is evaluated.

An example of a prospective study comes from California scientist Dean Ornish in 2008. He measured the telomere length of prostate cancer patients after three months of lifestyle changes: low-fat, plant-based diet, exercise regulate and relax.

It turned out that the enzyme telomerase was particularly active in the participants and ensured that telomeres shortened more slowly. A follow-up study found that participants’ telomeres were even slightly longer five years later.

However, Norman points out a problem with this study: It’s not clear if nutrition was the central factor or if it was the combination of all the changes. According to the scientist, another type of study would have to be done to clarify this. Since these studies are much more complex, there are only a few of them.

Sums up Norman: “It is theoretically obvious that telomeres can be influenced by diet. However, there is no larger study showing the mechanism, the how behind it.”

Healthy nutrition as an important component

One thing is certain: A healthy diet pays off. It is an important component for healthy aging, but not the only one. Andreas Jopp and Kristina Norman point out that in addition to nutrition, the whole lifestyle counts.

Norman says: “A plant-based diet with little meat and fish, enough exercise, little alcohol, I can recommend it to everyone.” All this together helps to be as healthy as possible even in old age. “And that, after all, is what we want.”