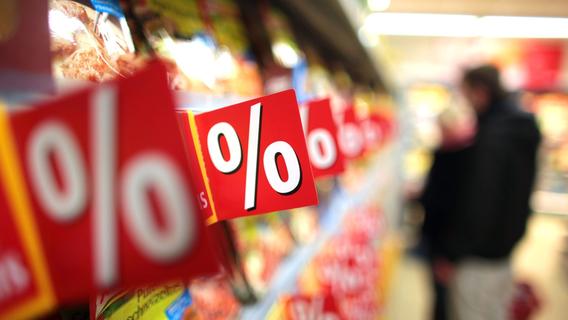 – Around 36 per cent off coffee, 40 per cent off colas and almost 50 per cent off ice cream: The big retail chains are trying to make the recent wave of price gouging a thing of the past with numerous promotional campaigns. prices on branded items before Easter.

Grocery prices are currently rising faster than they have in a long time. Therefore, many consumers have to restrict themselves. But ahead of Easter, big grocery stores are trying to get customers to want to shop with an avalanche of special offers.

“Discounts are supposed to save Easter,” was the headline in the specialist magazine “Lebensmittel Zeitung”. Price reduction of around 36 per cent for coffee, a 40 per cent discount for cola and almost 50 per cent for ice cream: if you leaf through the current brochures of Aldi, Lidl, Edeka, Rewe and Co., you will find many special offers. Aldi Nord sends “price heroes” into battle for customer favor. The sister company Aldi Süd promises “prices to make your eyes” and the competitor Lidl “Best prices for Easter”.

Food retail is under pressure

“It seems that retailers want to show what they can do before Easter to attract customers to the stores,” food expert Marco Sinn of the market research company IRI told “Lebensmittel Zeitung”. “That may distract some customers from the recent sharp price increase.”

In fact, the food trade is currently under more pressure than it has been in a long time. In the corona pandemic, the food trade was one of the winners of the crisis. Edeka, Rewe and Co. benefited from the fact that people could not go out for a long time and could hardly travel. Instead, consumers enjoyed themselves at home and were happy to dig a little deeper into their pockets to pamper themselves when they shopped. Grocery sales literally went through the roof.

But that’s yesterday’s news. In the first two months of this year, sales in the food trade were already four percent below the previous year’s level, according to figures from market researcher GfK. And there were also other signs that there could be a “change of era” in the purchase of everyday goods, said GfK expert Robert Kecskes.

In a GfK survey of 1,000 consumers in January, 77 percent of people were worried about rising food and drink prices. And almost half of them said price increases would affect their buying behavior. Keckes is convinced that shares would now be even higher in light of the Ukraine war.

In fact, there are now some signs that the buying behavior of people in Germany could fundamentally change. For the first time since the start of the pandemic, people used cheaper products more often in February, Kecskes reported. The market share of retail brands has increased markedly, at the expense of branded products. Also, for the first time in a long time, discount stores took a small share of the market from supermarkets in February.

Given these challenges, it’s a promising strategy for retail chains to focus on price campaigns for branded products, especially ahead of Easter, Kecskes said. After Christmas, Easter is the second central holiday where people especially like to buy branded products. “People are reluctant to switch to private labels. Retailers just have to offer a series of specials,” Kecskes said.

The current spate of special offers may make it easier for consumers to weather the spate of price increases, at least in the short term. But in the end, according to Kecskes, they still face a big challenge: “People are willing to pay a little more for their favorite products. But that has to be compensated for elsewhere. That has become much more difficult.”