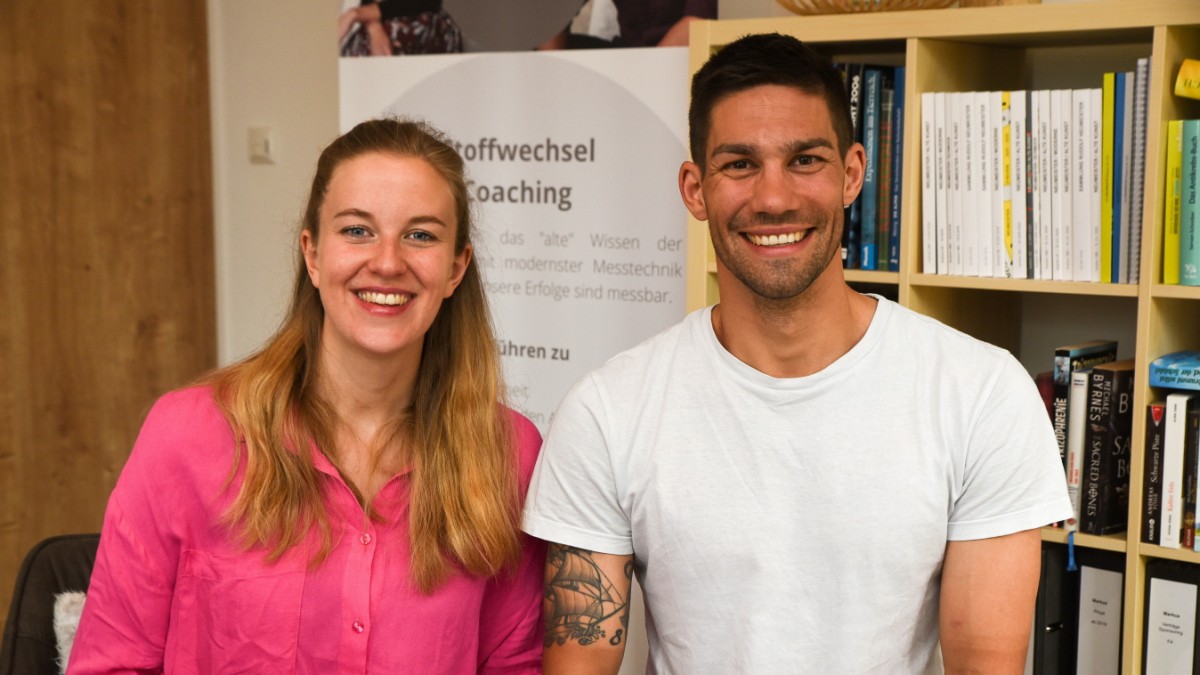 In Bad Tölz, many are in the midst of “Veg” these days: Until the end of May, everything in the spa town revolves around vegan nutrition. This year, the two “metabolism trainers” Marie and Markus Hörmann from Greiling are also part of the program. At the time of the interview, the two are in Texas because Markus Hörmann will compete in the Ironman as a professional triathlete. Just a week later, the two give weight loss tips to visitors to “Tölzer Vegs”. In an interview with SZ, they explained in advance what their concept is based on.

In the zoom conference, the image of a woman in her 20s with blonde hair appears: Marie Hörmann.

SZ: Mrs. Hörmann, how did you become a metabolism coach?

It all started for me when I met Markus, my current husband. He talked to me on the first date about the bioelectric potential of broccoli (laughs). At the time I had a hugely unpleasant problem, irritable bowel syndrome. Markus’ tips helped me tremendously. Markus had trained as a metabolism trainer five years earlier. But he can say that himself now, he just comes…

An athlete in his early 30s sits in front of the camera: Markus Hörmann.

Mr. Hörmann, how was your trip?

In my youth I was an alpine skier in the German team. Only later did I become a triathlete. In 2016, when I was 26, it turned out that a part of my hip must have been broken while skiing. I had to have surgery. It was said that my sports career was over. With my mentor, I completely changed my diet before the operation. I ate an alkaline diet, worked on my minimal set. I thought about how I could build a second source of income; That’s how I came up with the idea of ​​becoming a metabolism trainer. Coaching helped me tremendously. Ten months after the operation I was again among the top ten triathletes at the Challenge Roth in Middle Franconia.

In two days in Texas you will swim more than two miles, bike more than 180 kilometers and run more than 42 kilometers. What is your goal?

I want to get the best performance I have in my body. Anything in the top ten is a good story. Anything close to eight hours or less is also great.

How many calories will you burn doing this?

And how do you prepare yourself nutritionally?

Today with short chain carbs, lots of sugar, I wouldn’t recommend it to any of my clients. No vegetables that are difficult to digest. In triathlon it is important to have empty intestines (laughs).

Mrs. Hörmann, what is behind when you say that someone has a good metabolism?

Maria Hormann: (laughs) Metabolism is related to our physical activity, our thoughts, our drinking habits, and most importantly, our diet. If the diet is correct, it means that the metabolism is going well and the body is burning fat.

What exactly does metabolism mean?

Metabolism means that substances are converted into energy in cells. The way the body uses energy changes depending on what we eat. It can be compared to a wood stove: if we want to light the fire, we stick a lighter in at the beginning. When the fire is burning, we put fir, which is a type of wood that gives a lot of energy quickly, but also goes out quickly. Finally we put beech wood on top, it burns for a long time and gives off a lot of heat, and at the same time little CO2.

And how does that translate into metabolism?

Something very similar is happening in the smallest cells of our body, by the billions. Lighters, for example, are food supplements that help at first, but do not keep the fire burning permanently. The effect of the fir also wears off quickly. This corresponds to our burning of sugar. The beech, on the other hand, corresponds to our fat burner. We exhale little CO2. The goal is that we are permanently in a good fat burning.

How do you know what your body is burning?

There is respiratory gas diagnosis: our clients breathe into a tube for four minutes. By looking at the levels of oxygen and CO2 in your breath, we can see if your body is burning fat or sugar. In our six-week training session, we determine with our clients how they can burn fat in the long term.

No, burning sugar is good, it is essential for life. It is there to be able to flee quickly in emergency situations. We also need them in sports. It is faster to burn sugar from sugar stores, such as our muscles, than fat. If a saber-toothed tiger was chasing a Stone Age man, that was important. However, for someone who wants to lose weight, this is important to know.

When you go on a diet, initially you will not lose fat, only water. When all short-term carbohydrate stores are depleted, the body returns to its substance and draws energy from its muscles, for example. For now, you won’t go after your fat stores, because they’re emergency reserves: if you don’t eat for days, you should still be able to run away with them. Young women who play a lot of sports and hardly lose weight often come to us. The reason: you eat very little and the body does not allow to burn fat.

So how to lose weight?

That is very individual, there is no standard formula, but our mentality plays an important role. For example, many people experience constant stress. When you are stressed, the hormone cortisol is released. Prevents fat burning. Our body prepares for a dangerous situation and begins to burn sugar.

Is it also innate that one has a good or bad metabolism?

I would say not. We are responsible for our own health. We can control so much, so much through diet. In rare cases there are people with metabolic diseases, but even here you can at least lay a good foundation with the right diet.

Are there foods that help stimulate metabolism?

Yes of course! Everything that is very close to nature, that is, little processed. Seasonal, regional and high quality, organic, that’s the best.

Tuesday May 17 Marie and Markus Hormann from 18:30 answer questions about metabolism during a relaxed walk as part of the Tölzer Veg. Meeting point in the Parkblick room of the VitalZentrum, cost: 39 euros per person. Registration by phone 0 80 41/78 67 52, or by email [email protected]