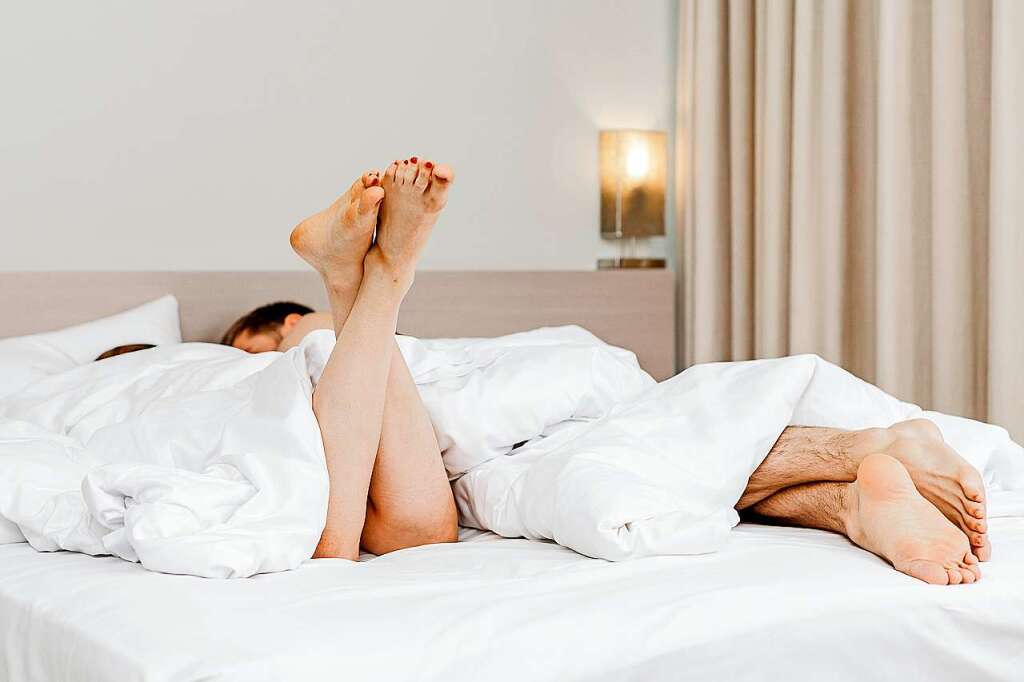 By Sandra Arens and dpa

Sterilization is the safest birth control method for both men and women. But she is not particularly popular. What happens on the operating table and how it changes sex.

Heiner Fischer is sterile. He speaks it openly, without melancholy, anger or shame. The 38-year-old from Krefeld made a conscious decision to do so. His vas deferens was cut to ensure that he would no longer be able to father children.

This medical procedure is called a vasectomy. “It’s not a big deal compared to giving birth,” says Heiner Fischer. He made the decision together with his wife. Because as a man, he feels just as responsible for contraception as she does.
Only about three percent of all men in Germany opt for a vasectomy like Heiner Fischer.
Cutting the vas deferens far outperforms other contraceptive methods in terms of safety. That says the so-called Pearl Index, which compares contraceptive methods.

A vasectomy is permanent.

The big difference with the pill, the condom and the coil: the vasectomy is a surgical procedure and should be considered as the final step.
Prof. Florian Roghmann, a specialist in urology and chief physician at the University Hospital of the Ruhr University in Bochum, says the same thing: “It is possible to go back by surgically restoring the vas deferens, but it does not necessarily have to work.” “
However, the purpose of the vasectomy was not a problem for Heiner Fischer and his wife. His family feels complete with his two children. The couple wanted to find a way to have sex with each other without any shame.

The operation takes about 30 minutes.

But what exactly happens on the operating table? “Vasectomy can be performed on an outpatient basis under general anesthesia or under local anesthesia,” explains urologist Florian Roghmann.

The doctor makes an incision about a centimeter long on the right and left in the scrotal area and removes a section of the vas deferens. Now cut a piece about one and a half to two centimeters long.

In rare cases, the severed vas deferens can be found back in the tissue and grow together. To avoid this, the urologist obliterates the ends of the vas deferens, ligates them, and turns them around. The wound is then sutured into different layers of tissue.
According to Florian Roghmann, complications are rare and do not usually go beyond the classic surgical risks.

However, for a while after the operation, Heiner Fischer had to give up unprotected sex. Urologist Florian Roghmann explains: “After vasectomy, sperm can still be found in the posterior sections of the genital tract. These can still be contained in the first ejaculations after the operation.”
Therefore, before unprotected intercourse, infertility should be proven by a seminogram about one to three months after the surgical procedure.

Heiner Fischer’s vasectomy was almost a year ago. He is happy with his decision. “The sexuality between my wife and I is much freer and more intense. We don’t have to think about her cycle and we can be intimate with each other more spontaneously.”
Heiner Fischer does not feel restrictions or physical changes either. His body continues to produce sperm. However, they no longer enter the semen. Instead, the body breaks them down.
Heiner Fischer paid around 500 euros for the vasectomy. Health insurance companies usually do not cover the costs.

Female sterilization: how the procedure works

What can be done with men can also be done with women. They can be sterilized by cutting their fallopian tubes. As with a vasectomy, the procedure can be performed on an outpatient or inpatient basis, explains Berlin-based gynecologist Martina Nagel.
Under general anesthesia, the fallopian tubes are cut to a length of one centimeter through a small incision near the navel, sclerosed and closed with a clip. The procedure costs between 600 and 1000 euros.

The operation is usually not risky, says Dr. Martina Nagel. In very rare cases, bleeding, infection at the wound site, or damage to the bowel or bladder may occur. After the operation, abdominal pain may occur; About a week of rest is recommended.
This intervention is also definitive. “It is possible to re-patent the ends of the fallopian tubes, but there is no guarantee,” says Nagel.
The advantage of this contraceptive method: the woman does not have to take hormones, as is the case with the pill, for example. However, demand is low, as Martina Nagel points out.

What happens a little more often is sterilization during a cesarean section, when family planning is complete. “Women are already under anesthesia and the abdomen is already open anyway,” says the gynecologist.