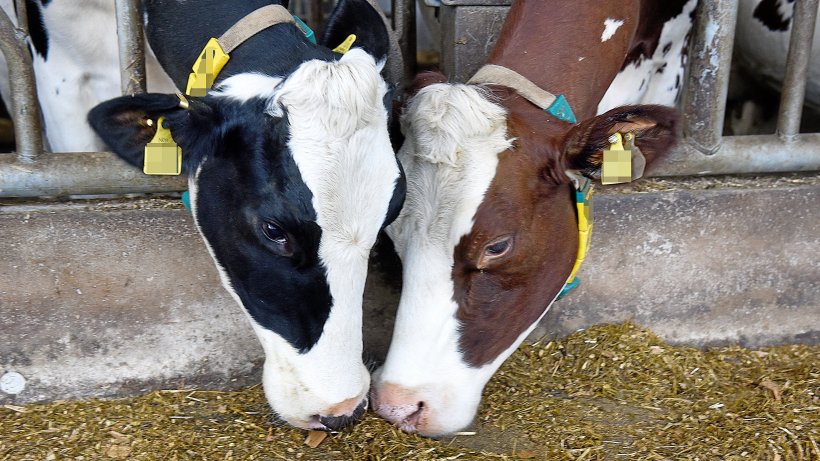 “What the future of nutrition could look like” was a topic that attracted a large number of local farmers to the Freischütz in Schwerte. Around 450 farmers and other guests gathered on Wednesday evening for the day of the district association, to which the agricultural associations of the Ruhr-Lippe district (Unna district, cities of Bochum, Dortmund, Hamm and Herne) had invited. ) and Ennepe-Ruhr/Hagen.

The speakers Prof. Dr. Wilhelm Windisch (Chair of Animal Nutrition at the Technical University of Munich) Dr. Malte Rubach (nutritionist) and Prof. Dr. Nick Lin-Hi, (Professor of Economics and Ethics at the University of Vechta) learned captivate the audience. The debate was moderated by Patrick Liste of Landwirtschaftliche Wochenblatt. In his welcome speech, Farmer President Dirk Kalthaus drew attention to the importance of food safety: “Nothing is as elementary as eating and drinking,” he said, continuing: “For a long time, food safety was hardly a problem in politics and society due to good food supply, but in times of pandemic and after the war, we have realized how important it is not to become too dependent.”

“We are facing a revolution. With lab-grown meat, a technology is in the building blocks that will change everything,” said Prof. Dr. Nick Lin-Hi beginning with a provocative thesis. Farmers are advised to consider that the last decade of ranching for food production has already begun. “In the future, real meat will no longer be grown on animals, but in the lab,” says Lin-Hi. Prof. Dr. Wilhelm Windish. “We need a balance between crop and livestock production in the future as well,” he said.

One kilogram of vegan biomass produces at least four kilograms of inedible biomass, according to Windisch. In the processing of many foods, there are by-products that can serve as food for animals but not for humans. He cited rapeseed oil as an example. When rapeseed is pressed, more than 50 percent of the rapeseed meal is produced, in addition to the oil fit for human consumption. This is not fit for human consumption, but it is good food for animals. There are also by-products such as straw. In addition to food, there are also crops in a healthy crop rotation that are forage plants. And the absolute grasslands that are not arable can only be used by ruminants such as cattle, sheep or goats. “We must not waste this valuable biomass,” he appealed.

Farming must be in balance and food production and biomass utilization must take place at the order plate, the feed trough, and then the tank. This means that you must first produce as much plant-based food as possible. We should be feeding livestock the inedible biomass that is produced automatically, he said. And what is left over goes to the biogas plant. “In this way, we produce the most food from one hectare of agricultural land, with minimum emissions and maximum sustainability,” says Professor Windisch.

dr Malte Rubach, who was digitally connected, drew particular attention to the climate impact of nutrition. Although other factors, such as the use of fossil fuels, have a significantly larger impact on the climate, nutrition can also contribute. “If we eat more vegetables and legumes and less meat and grains, it has a positive impact on the climate balance,” she said. However, absolute avoidance of animal products is not the solution. Instead, people should eat more regional and seasonal foods, drink more tap water and fewer bottled beverages, and cook more themselves. High land use in the region “Land use remains a constant problem in our region,” said the managing director of the district agricultural association, Heinz-Wilhelm Büscher.

In the EN district and in Hagen, every reasonably level piece of land is considered a potential commercial area. A large amount of space would also be required for expansion and new construction of roads or truck rest areas. “Does all this still fit the time?” he asked. Arable land is valuable land for food production and cannot be increased.

More articles from this category can be found here: Herdecke / Wetter