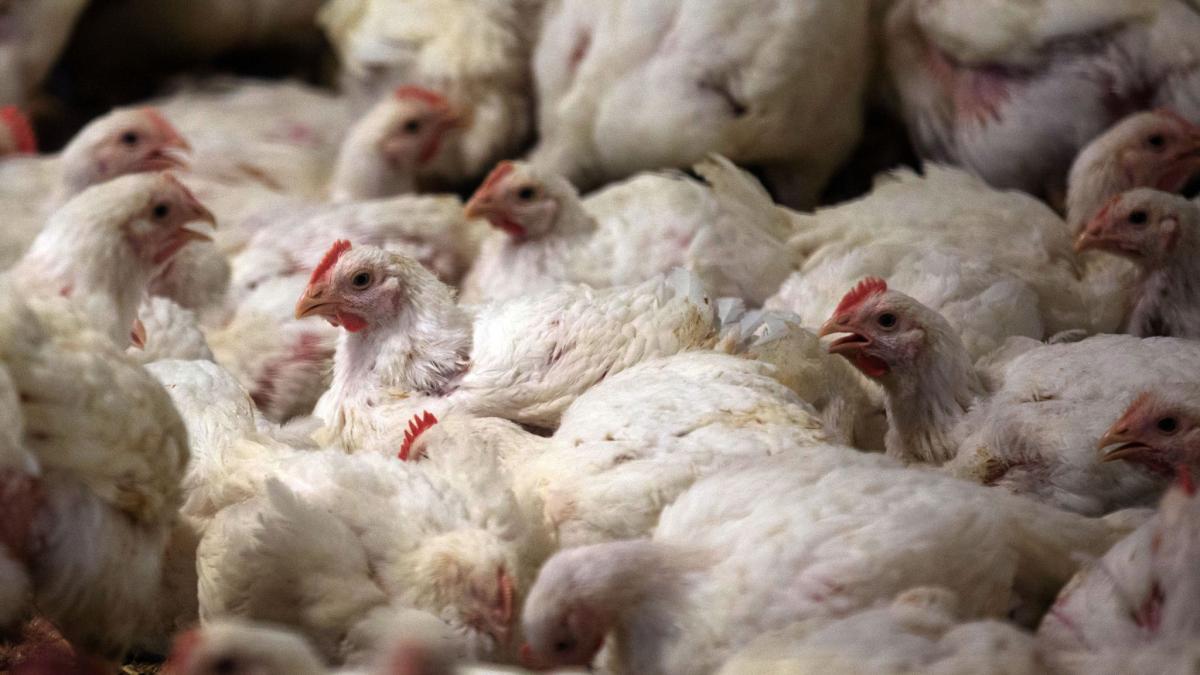 Pus, inflammation, parasites: Veterinarians repeatedly declare pigs and chickens inedible after slaughter. In the case of poultry, one factor in particular has deteriorated.

Chickens increasingly fail meat tests than pigs. According to the official meat inspection, 0.2 percent of the 50.4 million fattening pigs slaughtered in German companies in 2021 were classified as inedible.

Of the 634 million broilers slaughtered, 2.1 percent were unfit for consumption. This was reported by the Federal Statistical Office in Wiesbaden.

The main reason for declaring disability in pigs was abscesses, that is, accumulations of pus in the tissue (36.2 percent of cases). This was followed by deviations in odour, consistency or color (15 per cent) and unspecified general illnesses (12 per cent).

An examination of the organs showed that 5.4 percent of the fattening pigs slaughtered had pneumonia. The proportion fell slightly in 2021: in the previous two years, 5.7 and 6.6 percent, respectively, had an inflamed lung. The opposite trend was observed for livers: the livers of 10.4 percent of the fattening pigs examined were infested with parasites. In previous years, this proportion had been 9.8 and 9.3, respectively.

In broilers, so-called deep dermatitis – an inflammation of the skin in the area of ​​the lower abdomen and anus – was the main reason for illness (29.4 percent of cases). In 16.3 percent, the research staff reported ascites, which was the second most common finding.

In addition to such animal-related reasons for ineptness, the staff also documents so-called slaughter damage. According to the Federal Office, they can be caused, for example, by insufficient bleeding of the animals. For feeder pigs, this was the case for 0.03 percent of all animals slaughtered, up slightly from the previous year, when it was 0.02 percent. When broilers were slaughtered, 0.4 percent of the animals were declared unfit for slaughter due to injury. In the previous year, the proportion was still 0.3 percent.

“Farm animals are systematically getting sick in German stables, in all forms of farming, whether organic or conventional, whether in a small family business or a large animal factory,” said Foodwatch spokesman Andreas Winkler. . “Finally, we need independent checks on injuries and damage to animal health on each individual farm. Farms that fail to keep their animals healthy should be penalized; farms with healthy animals should be rewarded.”

In the so-called inspection of animals and slaughter meat, official personnel, such as veterinarians, examine all animals delivered and slaughtered in authorized slaughterhouses. The competent veterinary authority reports the test results to the Federal Statistical Office every six months. Figures have only been collected in this way since 2019; a long-term comparison is therefore only possible to a limited extent.