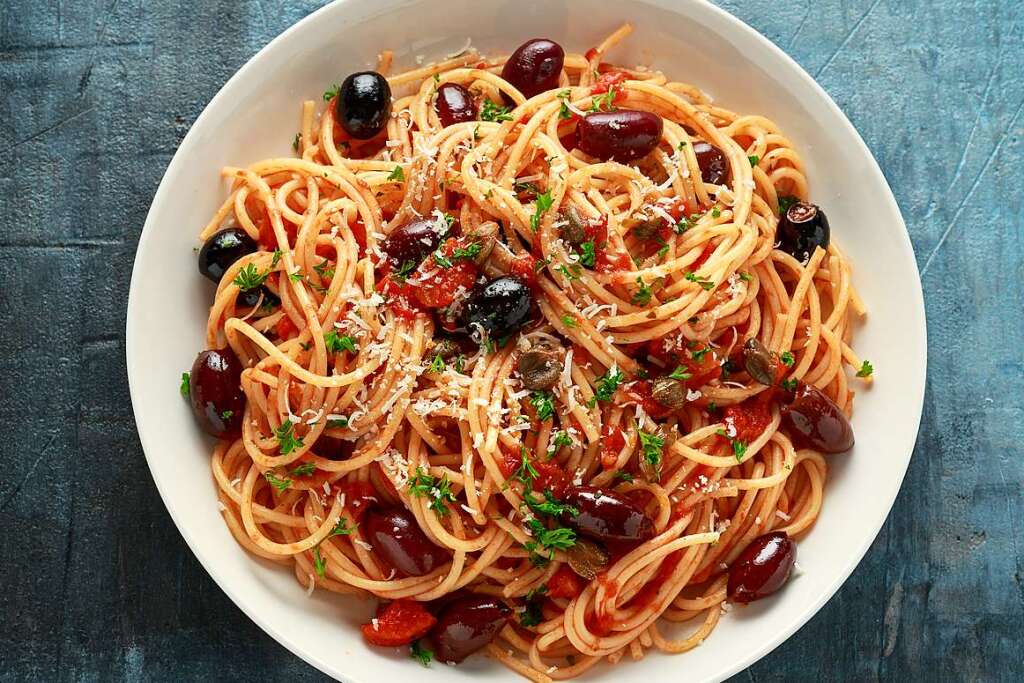 In England, many restaurants are required to list the calorie content of their food. The government wants to use this to counter rampant overweight. Berlin is also examining whether such information makes sense.

Anyone who has put on a few pounds often pays more attention to the calories they eat. Many chains in England have to print this information on their menus so that people can also be in control in the restaurant. Would that also make sense for us in the fight against obesity?

Anyone who goes to a restaurant wants to be pampered, or simply wants to be satiated quickly. But do guests want to think about caloric content when choosing fish, meat or pasta? Would you like to study the energy values ​​of the menu and decide on caloric bombs? In England, the government believes that the calorie information on the card will help in the fight against rampant obesity. Since April, the largest chains have had to display these numbers on the menu. In Germany there is no such obligation. But Berlin is checking if it makes sense. Opponents of restaurant calorie lists protest beforehand.

The Federal Ministry of Food is examining the usefulness

Pure calorie counting has been “dismissed as a hoax for decades” by scientists as a method of promoting healthy eating, warns Sarah Wiener, 59, who became known as a chef. “I have the feeling that with these proposals people continue to act as if they were gasoline engines: fuel in, energy out. But nutrition is much more complex,” says the businessman and member of the Austrian Greens in the European Parliament.

In other words: when choosing something from the menu, to whom and with what does it help to read that some salads have more calories than some pasta dishes?

“The Federal Ministry for Food and Agriculture (BMEL) is currently examining whether it is possible and sensible to make a mandatory calorie declaration for meals outside the home,” a ministry spokeswoman explains of the British model. For this, the legal feasibility and the practical aspects for consumers and companies would have to be examined. “Therefore, an assessment cannot be made at this time.”

Unlike restaurants, the requirements for retailers have already been introduced in Germany: prepackaged foods are marked with caloric information in stores. Whether it’s chips, cottage cheese or jam, nutritional information is often printed in fine print on products. This obligation is part of the European Union (EU) Food Information Regulation.

This should give consumers the opportunity to make informed decisions. This in turn should help reduce overweight, obesity (obesity) and other diseases such as diabetes in society. This argument also played a role in the new menu rule in England.

In Germany, experts classify about two-thirds of men and half of women as overweight. At the same time, calorie reporting in restaurants has so far been voluntary and rare. For example, some chains mention them on their websites. Consumers can use it to know before they visit: a McDonald’s “Big Mac” has about 500 kilocalories, as you can read there. In a block house restaurant, a “Mr. Rumpsteak” without fixings comes to about 350 kilocalories. Simply put, adults need about 2,000 kilocalories per day as a general rule of thumb.

“We have been making the allergens and nutritional values ​​of the Block House dishes available to our guests for ten years,” reports Markus Gutendorff, CEO of Block House Restaurantbetriebe AG, on the Internet information. “In fact, we rarely receive inquiries about the energy and nutritional values ​​of our dishes at Block House restaurants.” A spokeswoman explains that the websites of the Hamburg steakhouse chain are well used.

Voluntary network reporting is one thing: From the point of view of the German Hotel and Restaurant Association (Dehoga), a legal obligation to display energy values ​​on the cards would be the wrong way to go. “The Dehoga is clearly against the mandatory indication of calories on local restaurant menus,” says Ingrid Hartges, general manager of the federal association. “The new law is controversial in the UK, and not without reason.”

Critics: The concept is not an adequate tool in the fight against obesity

For them, the concept is not an adequate tool in the fight against excess weight. “Simply counting calories is not a substitute for a balanced, healthy diet and exercise,” says Hartges. She refers to experiences in retail: “It is well known that customers in the supermarket look for foods that are particularly high in calories, despite the information.”

The association also cites the extra work for restaurants: “Our industry is all about enjoyment. Imagine the bureaucratic effort for companies with daily changing offerings, calculating the calories of individual ingredients in the respective amounts for each dish would have to calculate.” Antje Gahl, spokeswoman for the German Nutrition Society in Bonn, argues similarly: “From our point of view, caloric information on menus is not the focus when it comes to healthy eating.” Counting energy values ​​may be important if severely overweight people have to specifically reduce calories as part of therapy. But in everyday life, a much broader understanding of eating something healthy counts: it’s about enjoyment, taste, quality, freshness, variety, balance, enjoying eating in a pleasant environment.

The chef’s creativity could suffer, says the nutritionist. “So he can’t refine his recipes by touch, say with cream or a dash of alcohol, because then the calorie content changes.”