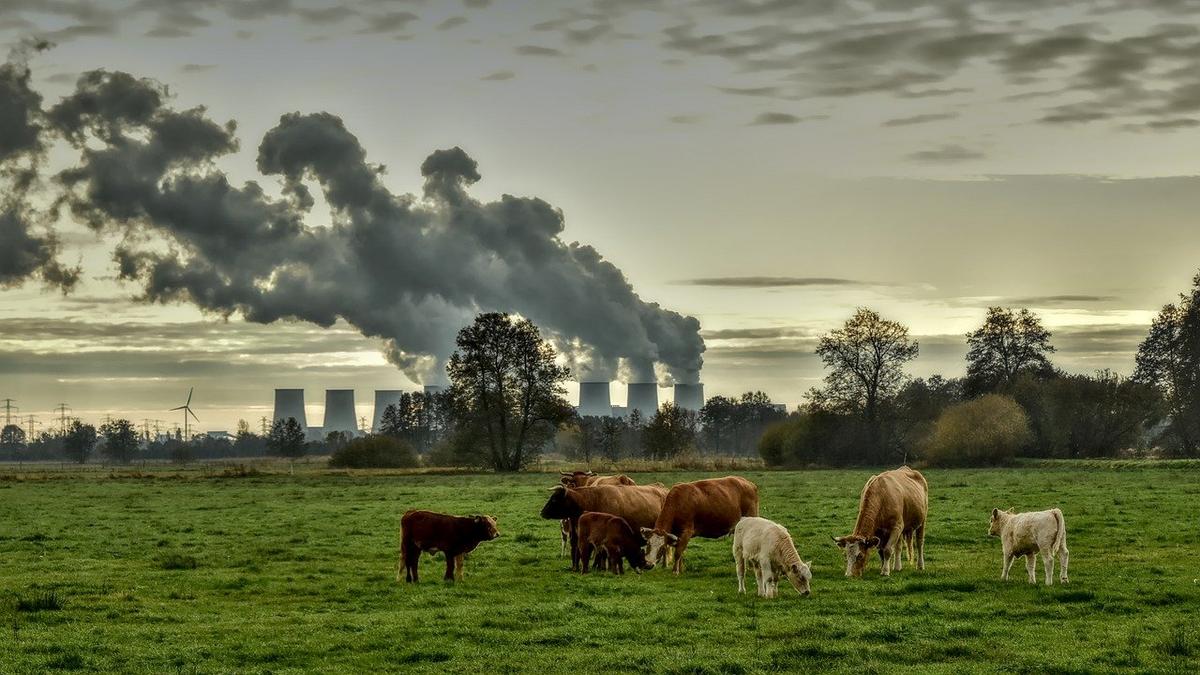 May 23, 2022 – In 2020, agriculture generated around 14.4 gigatonnes of CO₂ emissions. Around half of the grain produced worldwide is fed to animals. Meat production generates significantly more CO compared to vegetarian foodtwo and also consume more land area. Despite this, the sector has so far been dominated by a COtwo-Prices in the EU and Germany excluded. Studies show that meat and milk consumption must decrease to meet climate goals and create food security.

It has been clear for a long time that the diet of Western industrialized nations is not sustainable. “If all people ate as much meat as Europeans or North Americans, we would not meet climate targets and many ecosystems would collapse,” says Matin Qaim of the Center for Development Research (ZEF) at the University of Bonn, who recently published a study on the sustainability of meat consumption published on the planet.

The study shows that meat must be produced more sustainably, on the one hand, but consumption must also fall. This is particularly true for high-income countries, which are also associated with high average meat consumption. The study by the University of Bonn concludes that meat consumption in industrialized countries should decrease by 75 percent to guarantee global nutrition.

However, an exclusively vegetarian diet would not be ideal for people of all countries. In the poorest regions, plant-based foods are not always available at all times of the year or affordable for people. Cattle ranching remains an important source of income for many, and some pasture areas cannot be used otherwise. In any case, people in the poorest countries only consume a small proportion of the world’s meat production. The change of course must take place in the industrialized nations. For these, the authors of the study propose a tax on meat in order to discount, at least partially, the environmental and climatic costs. Meat substitutes could also help reduce consumption and its consequences in industrialized countries.

Big Meat and Dairy heats up the weather

A study by the Trade and Agricultural Policy Institute also shows that emissions from meat production are significant. It shows that the 35 largest meat and dairy companies were responsible for almost 7 percent of total EU emissions in 2018. The 20 largest meat and dairy companies alone produced almost a third more greenhouse gas emissions than the Netherlands, which is, after all, the sixth largest economy in Europe. And only 10 of them have submitted climate plans showing how they can reduce COtwo-can become neutral

In the EU, pricing emissions from the agricultural sector is being discussed as part of the European Green Deal, but there is a risk of loopholes. The meat and dairy industry is already trying to go green through volatile and unreliable compensation programs. There is a risk that climate protection measures will be further delayed and emissions covered. According to the study, no country in Europe currently holds companies responsible for all of their emissions. And this despite the fact that emissions from agriculture have increased in the last ten years.

Even a proportional reduction in meat consumption could have drastic effects. An analysis by the Potsdam Institute for Climate Impact Research (PIK) shows that global deforestation could be halved if just a fifth of beef consumption were replaced by existing meat alternatives made from microbial protein by 2050. .

This is also important because climate change and intensive land use, especially when large amounts of pesticides are used, are leading to reduced crop yields. More areas would have to be developed in order to continue feeding people as before.

However, the study authors point out that there are pitfalls here, too. Although the production of microbial meat alternatives uses less land, it uses significant amounts of electricity. This must come from renewable sources for the bill to add up.

Align agriculture with people and the environment

What measures could secure the world food situation in a more sustainable and socially just way remains controversial. Another PIK study looked at an alternative solution: It examined whether emissions from the agricultural sector would decline if food production was no longer geared towards growth and profit. The degrowth model contemplates a sustainable and socially just economy that focuses on ecological aspects and human well-being. The model is often presented as an alternative to the current economy, which makes maximum use of resources.

The study’s authors conclude that a change in farming methods would only marginally reduce emissions from agriculture. A global redistribution of income in favor of the poorest countries would instead lead to increased consumption of meat and milk there. According to the study authors, this would at least be the case were there not a fundamental global paradigm shift in food production.

Therefore, the study recommends structurally transforming the food system to achieve a sustainable, sufficient and healthy food economy. This should also conserve resources and redistribute income. But this study also concludes that global consumption of meat and cheese is falling and COtwo-It is necessary to value the emissions of the sector. jb