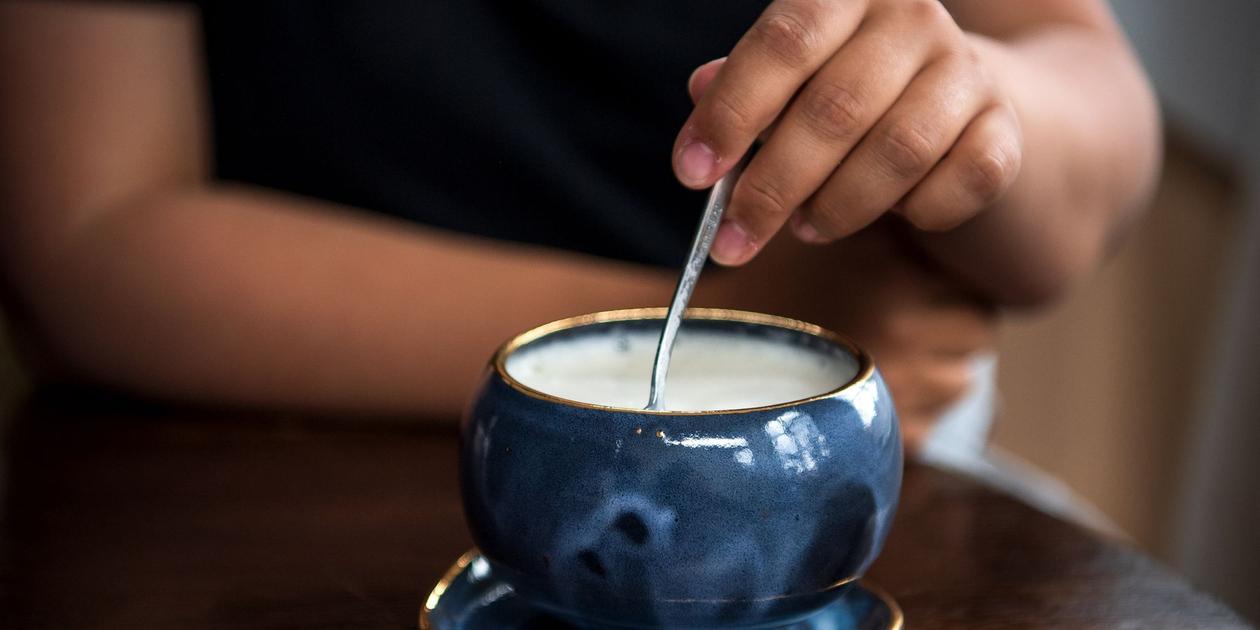 – According to the brilliant advertising, milk can do almost everything. And there are also many myths about the substance that has accompanied people for thousands of years. We put three of them to the test.

The industry association speaks of a “white miracle”. And, in fact, some milk stories are more in the realm of magic than reality. A fact check on Milk Day (June 1):

facts: Grandma Hilde recommended it to children, just like Grandma Emine: warm milk with honey before going to bed. However, Stiftung Warentest calls the old home recipe a “good dream” stemming from the fact that the milk contains tryptophan. This amino acid serves the body as a precursor to the hormone melatonin, which controls the sleep-wake cycle. However, the amount of tryptophan in milk is comparatively low and the sleep-promoting effect of even higher dose preparations is poorly documented.

In a 2020 meta-study, Japanese researchers evaluated several studies on the effects of milk and dairy products on sleep. Their result: a balanced diet that includes dairy products can improve sleep quality. However, the importance of some evaluated studies was low, according to the researchers. And the fact that night milk was an effective sleep aid could not generally be proven by any study.

However, that doesn’t mean the cup is definitely useless. The psychological effects are quite conceivable: milk and honey are reminiscent of safety and childhood. The ritual of a night milk itself can also have a calming effect.

facts:Economics uses the myth in many different ways and with success: Hotels offer milk and honey baths which, like that of the legendary queen of Egypt, are said to make the skin firm and radiantly beautiful. Cosmetics associate their ingredients with substances said to have been used since ancient times and are advertised accordingly with the name or likeness of Cleopatra. There is hardly any real evidence of her beauty, let alone her bathing habits.

One might think of the Hollywood image of Elizabeth Taylor as Cleopatra bathing in milky broth when it comes to the secret of her beauty. The Roman naturalist Pliny left a hint of royal extravagance when he related in the first century AD that the emperor’s wife, Poppaea, always carried 500 pregnant donkeys with her, in whose milk she bathed. The translations also speak of mare’s or sheep’s milk. But since beauty can hardly be objectively evaluated, the secret remains exactly that: a secret.

facts: It’s one of the popular Internet urban legends, which almost everyone has come across at some point: the breast milk of hippos with a supposedly unique color. Even the renowned magazine “National Geographic” spread the claim on Facebook in 2013 as “Friday Fact”. In fact, hippos do not eat strawberry milk.

The American fact-checking portal “Snopes” has examined the claim and comes to the verdict: not true. The rumor may be that hippos excrete a reddish sweat-like hyposudoric acid that protects their skin from the sun’s rays. If this mixes with the white of breast milk, a pink-colored substance can result.

However, British biologist David Wynick warns: “As the pigment is acidic, I would assume it would not bind well with milk.” He has not been able to find any evidence that it passes into breast milk, causing it to turn pink.

A video released by the Cincinnati Zoo showing nurses milking a hippo also shows no evidence of coloration of the breast milk.