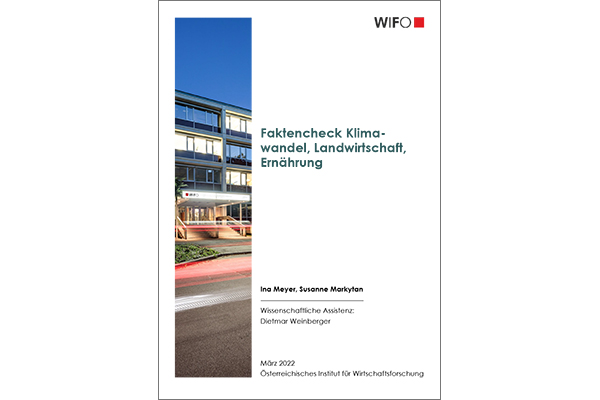 Part B: The agricultural sector is directly affected by the impacts of climate change and at the same time contributes to the release of greenhouse gases (GHG) and therefore to anthropogenic climate change. A growing body of research suggests that climate change is already affecting global agricultural productivity through many mechanisms, notably warmer mean and extreme temperatures, changing precipitation regimes, and increased CO2– Concentrations in the atmosphere.

This is already having a negative impact on food security. Agriculture is therefore of crucial importance in managing the major climate changes that we are currently facing and that are likely to intensify in the future. Both the Paris Climate Agreement and the UN Sustainable Development Goals (SDGs) emphasize the importance of ensuring food security in the face of climate change.

A sustainable climate change mitigation strategy in agriculture requires anticipation, planning and long-term thinking in terms of both climate change adaptation and greenhouse gas mitigation, from the farm level to the transnational level.

According to the Intergovernmental Panel on Climate Change (IPCC), about a quarter of all anthropogenic greenhouse gas emissions worldwide are caused by agriculture, forestry, and land use changes. As a result, most countries recognize an important role for agriculture in mitigating and adapting to climate change. Nearly 80% of Nationally Determined Contributions (NDCs) to help meet Paris Agreement commitments include action plans to mitigate climate change in agriculture, while 90% of NDCs that focus on adaptation include agriculture as a priority area for climate action identification.

In addition, a variety of economic, political and social factors intervene, including world trade and its spatial separation from agricultural production and consumption on the one hand, and its economic and environmental gains. respectively. losses, on the other hand, and affect food security.