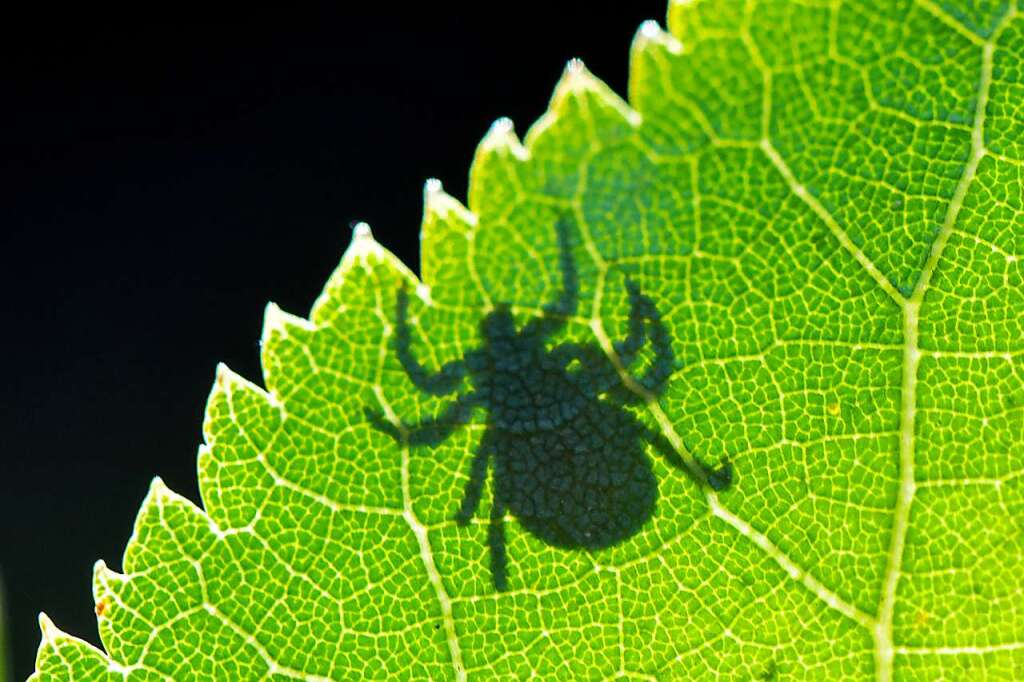 As much as one would like to avoid tick encounters, it doesn’t always work. How to protect yourself on a field trip and what to do when a tick has bitten you.

Take a walk in nature in the summer without thinking about ticks, that would be good. Unfortunately, animal encounters cannot be avoided in many places during the warmer months.

Ticks transmit diseases such as Lyme disease or tick-borne encephalitis (TBE). What is the best way to protect yourself from animals and what to do after a bite? Two experts give advice.

Tip 1: Know where to find ticks

“Our native ticks like to stay in tall grass, bushes, loose leaves and woods that are not too dry,” says GP and ER doctor Michaela Geiger from Neckarsulm. Most of the time you ignore them in passing. “In this regard, the rules of protection are: wear sturdy shoes, tuck long pants into socks, and thoroughly check your entire body after spending time in nature.”

Boys should also wear a hat. Because ticks can climb to a certain height in bushes, for example. It is also advisable to find out if you are traveling in a TBE risk area. According to the Robert Koch Institute, there are currently 175 districts, most of them in Bavaria and Baden-Württemberg.

Mosquito or tick sprays are of limited use, says tropical medicine specialist Kristina Huber of the LMU Klinikum in Munich. “They’re good against mosquitoes, but they haven’t been shown to be as effective against ticks.” A combination of different measures ensures the best possible protection: TBE vaccination, long clothing, a tick spray with the active ingredient permethrin, sprayed on skin and fabric.

As important as the preparation is the follow-up, that is, the complete examination of the body. Important: “Because you can’t see the back and knee hollows as well, it’s helpful to support each other during the search,” says Geiger, an ER doctor. The folds of the body in the genital area, as well as the areas behind the ears and under the armpits, should also not be forgotten.

“Ticks, which are usually dark, are easier to spot on light colored clothing,” says GP Geiger. By the way, if you dress in bright colors in nature, you can also keep mosquitoes that are active during the day at bay. According to Huber, a specialist in tropical medicine, they respond more to dark colors.

What if a tick bites you? ER doctor Michaela Geiger’s advice: stay calm. “Usually you have plenty of time to remove the tick.”

In the case of Lyme disease, the tick has to suck on the skin for a certain time before releasing Borrelia into the human body. “If you remove the tick in less than twelve hours, you generally have nothing to worry about,” says Geiger. TBE is a bit different. The disease is transmitted much faster by a tick bite. But it is also much rarer: According to the RKI, only 0.1 to 5 percent of ticks in risk areas carry TBE viruses.

However, as a general rule, there is time to go to the pharmacy to buy tools to remove the tick. Advantage of tick hooks, cardboards or tweezers: Thanks to them, the tick can be removed in a slow and controlled way. It is best to disinfect the wound afterwards.

Tip 5: Better not to use oil or butter

Kristina Huber gives an example: “It used to be said that you had to rub the tick with oil or butter so that it couldn’t breathe anymore and had to come loose.” According to the infectologist, this is true, but there is a risk that the tick, if it carries TBE or Borrelia viruses, will spit out the pathogens through friction. “Therefore, this method is strongly discouraged,” says Huber.

Tip 6: Do not squeeze

In an emergency, the tick can also be removed with your fingers. “It is important not to squeeze or twist the tick, otherwise it is more likely to transmit pathogens to the human body,” says Geiger, who is also president of the Central German Association of Homopathic Physicians (DZVh).

“Many are afraid that the tick’s body has been removed, but its head or biter is still in the skin,” says the doctor. The same applies here: there is no reason to panic. Because Borrelia transmission does not work only through the head, they are found in the intestine of the tick. If you’re not sure you’ve removed the entire tick, you can see your family doctor to make sure.

Tip 7: Observe the place of the tick bite

“If you’ve been bitten by a tick, it’s important to observe the site for four to six weeks,” says Michaela Geiger. You can write down the date of the bite and mark the puncture site. In this way, the local movement of the inflammation can be well followed. “Sometimes you get itchy and the skin gets a little red at the site, which is completely normal,” says Geiger. The redness usually goes away after a few days without an infection.

By the way: Lyme disease and TBE symptoms can be easily distinguished from each other. The first sign of Lyme disease is what is known as the migratory range. “The puncture point in the middle is fading away. A growing red area is created around it,” Geiger describes. The circle emphasized on the border can increase to a diameter of 10 to 20 centimeters. Borreliosis can be treated well with antibiotics.

According to Huber, a TBE infection usually begins with nonspecific symptoms, such as headaches and body aches or a fever. There is often a symptom-free interval of almost a week before meningitis, an inflammation of the brain or nerves, appears.

Many may have already read about her – the Hyalomma tick. But is it really on the rise and is it also a danger in Germany?

The Hyalomma tick is mainly found in tropical countries. In Europe, it is mostly reported from southern locations in particularly hot summers. “They migrate by joining migratory birds, that’s how they get to Europe,” says tropical medicine specialist Huber. The Hyalomma tick is significantly larger than native ticks and has striped legs. “They are extremely rare in Germany,” says Huber. So there is no need to worry. In this country you are still very likely to be bitten by one of “our” ticks, says Huber.