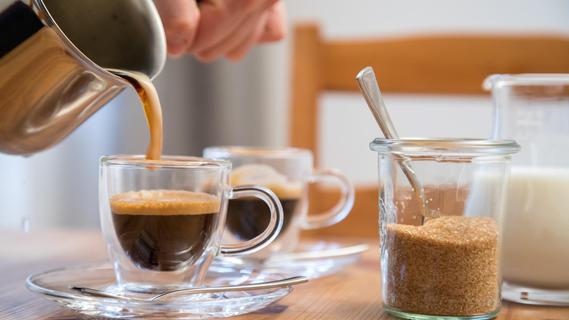 – For many Germans, coffee is the pure elixir of life. To wake up in the morning, to chat in the afternoon or between stressful phases. But what happens in the body when people drink too much coffee? And when does it become dangerous? We have the answer.

According to the German Institute for Human Nutrition, adults should not exceed the limit of 400 milliliters of coffee per day (equivalent to four large cups). 5.7 milligrams of caffeine per kilogram of body weight is harmless. In general, the concoction does not have the same effect on everyone. The caffeine it contains makes many coffee drinkers more alert, focused, and alert. However, the amount of coffee that a person tolerates is individual and depends, among other things, on the genes. the According to experts, the lethal dose of coffee per day is 100 cups.

Anyone who drinks a whole pot in the morning should watch out for certain symptoms.

– insomnia: Anyone who has drunk too much coffee during the day or night usually has trouble falling asleep.

– states of anxiety: The caffeine in coffee affects the central nervous system. It causes higher blood pressure and pulse, as well as increased levels of adrenaline and cortisol. This can quickly cause anxiety and nervousness in sensitive people.

– In addition, long-time coffee drinkers get withdrawal symptomswhen caffeine is broken down in the body. Among other things, these are headache voiced.

– Strong coffee also causes stomach acid to move and, with a pH value of 4.85 to 5.1, it is one of the acidic foods. If you drink too much, you can stomach ache or a upset feeling in the stomach receive. The acid it contains can also enter your esophagus when you burp and cause heartburn.

If these symptoms occur more often or in combination, you should at least stop drinking coffee that day. because in the long run it takes Excessive caffeine consumption leads to cardiovascular problems and reduced fetal growth in pregnant women. This was found by the European Food Safety Authority (EFSA) in a study in 2015.

However, there is also good news for coffee drinkers: if you drink brown gold in moderation, you reduce your risk of developing Alzheimer’s, cancer, and depression. This is confirmed by a study of British medical journal.