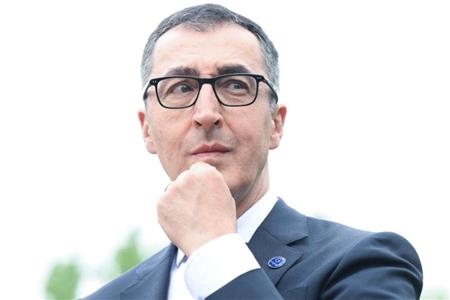 “Clear shortcomings” were found and improvements are needed in terms of coherence and comprehensiveness, according to an assessment by the Commission, among other things. The Özdemir ministry has posted them on the ministry’s website. The target values ​​of the plan would also have to be reviewed and specified.

The strategic plan is part of a reform of the EU’s common agricultural policy, which aims to make food production more environmentally friendly. How individual EU countries implement this should be set out in their national strategic plans. When Germany presented its plan several weeks in late February, Özdemir was still confident it would be approved.

The “constructive comments” from the EU Commission encouraged the Ministry of Agriculture to continue down the path of making German agriculture more crisis-resistant and more sustainable, a spokesman said on Saturday at the request of the German Press Agency. . The questions raised by the commission will probably be clarified with the federal states next week. Talks with associations and organizations are also planned in May. According to the ministry, the goal is for the modified plan to be approved by Brussels by the autumn.

The German Association for the Environment and Nature Conservation (BUND) and the German Union for Nature Conservation (Nabu) announced at the time that the plans did not meet “the objectives of climate protection, restoration of the biodiversity, the expansion of organic agriculture and the conversion of livestock”.

The fears of environmentalists have now also been confirmed to the extent that the Commission assumes that the German plan will only partially contribute to strengthening environmental protection, biodiversity and climate protection, for example in the framework of the Paris climate agreement. . In the deal, Germany also commits to limiting permanent warming to well below 2 and, if possible, below 1.5 degrees Celsius. They agree with the Commission, “that there is further development potential in the CAP strategic plan, especially with regard to environmental and climate-related objectives,” says the Ministry of Agriculture.

The EU’s agricultural policy has a volume of almost €390 billion for the years 2021 to 2027. It is repeatedly criticized for contributing to agriculture’s over-reliance on environmentally harmful methods. Therefore, almost a year ago, the EU states and the EU Parliament agreed on the reform of agricultural policy. On the part of the Ministry of Agriculture, it also says about its importance: “The range of financing affects the lives of around 40 million people in rural areas and is relevant in the agricultural sector for around 300,000 applicant companies.”