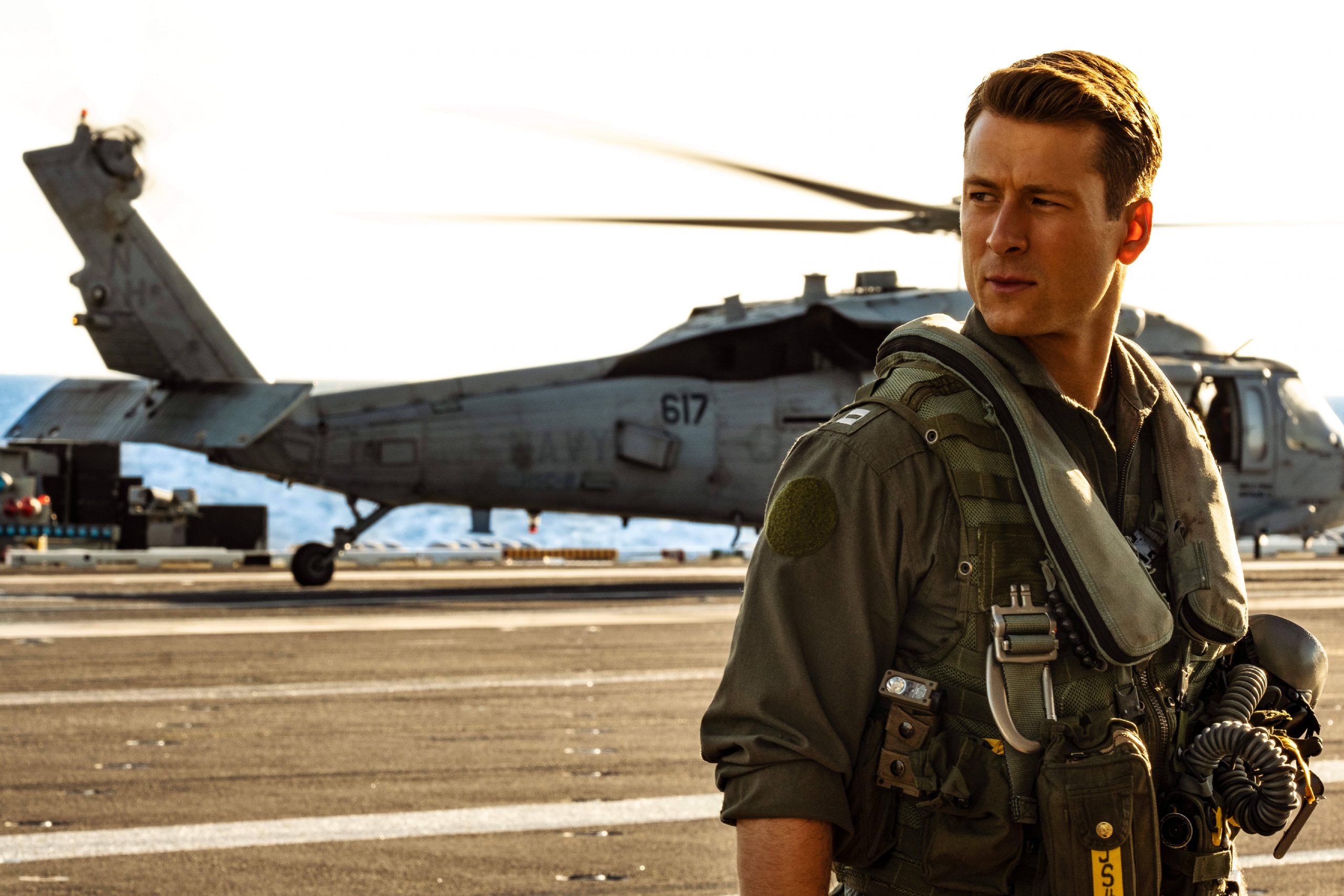 Glen Powell is part of the cast of the new Hollywood blockbuster Top Gun: Maverick. For the sequel to the cult ’80s movie, he got fit on a very special diet.

When the first part of Top Gun came out in 1986, Glen Powell wasn’t even born yet. But now the actor can be a part of the ’80s cult movie. Powell plays fighter pilot Jake “Hangman” Seresin in the sequel Top Gun: Maverick. To give the testosterone-charged character more credibility, he had to inflate his body a bit. Not only hard strength training helped him, but also a special type of diet.

Glen Powell as “The Executioner”

The 1980s blockbuster Top Gun is not only considered an action movie classic, it also celebrates old-fashioned masculine attributes. Of course, this also includes a well-trained body with which you can impress and intimidate. While young men (like musician Harry Styles) play up old gender roles in wry and tongue-in-cheek ways today, there’s still a pretty gritty atmosphere among the fighter pilots in the “Top Gun: Maverick” sequel. That shows Glen Powell in the role of Lieutenant Jake Seresin. The nickname of him: Hangman-in English “the executioner”.

To authentically embody the role of the short-tempered fighter pilot, Glen Powell also got himself into good optical shape. As most of you should know by now, strength training alone is not enough to shape your body. The right diet plays at least as important a role. As the men’s magazine “Men’s Health” reports, Powell relied on tailor-made personal training, including individual dietary changes.

The 33-year-old actor was only allowed to eat “what the earth gives.” Or put another way: only natural and unprocessed foods were allowed on the table. Only foods that can be “killed, harvested and harvested” are allowed on this type of diet. Actually, a very simple principle. There are now a number of studies showing that highly processed foods such as ready meals and sweets can not only lead to obesity, but also other diseases and even damage our bones.1

As part of his eating plan, Glen Powell should eat a total of 2,800 calories per day, divided into three or four meals. When it comes to nutrients, the focus is on protein. The goal: 200 grams of protein per day. Quite a large amount. Typically, strength athletes are recommended 1.6-2.2 grams per kilogram of body weight. Powell with 86 kilograms of him would max out at 190 grams per day. He was definitely not short on protein.two To achieve this, there was also a vegan protein shake with creatine and glutamine in the middle. Does that still count as unprocessed food? Probably not.

Interestingly, he was also not allowed to consume dairy products. Milk is considered controversial and is suspected of causing inflammation in the body of adults. However, based on studies, fermented milk products such as cheese and yogurt are considered safe and are classified as healthy.

Low carb and low calorie once a week

Glen Powell was not allowed to eat more than 2,000 calories on a weekday. This left you in a calorie deficit, which helps you lose some weight. In order not to lose muscle mass, the proportion of protein in the diet remained the same. Only carbohydrates were reduced to less than 100 grams that day. So, one day a week, the focus was on reducing body fat percentage for better muscle definition.

Glen Powell Diet: This is what a typical daily meal plan looked like

The 2,800 calories breaks down into 200 grams of protein, 300 grams of carbohydrates, and 88 grams of high-quality fat. Moviegoers can see the result of healthy diet and hard training in the cinema.