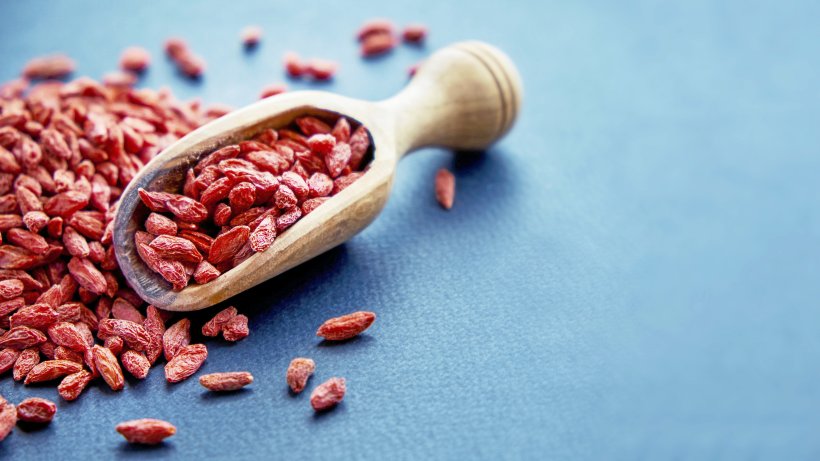 Sedan.
Goji, acerola, moringa: the list of promoted fruits is getting longer. Although the products have many vitamins, they are also criticized.

It is red and wrinkled, narrow and barely longer than a fingernail. His skin is soft, his consistency sticky. When chewing, you should use your tongue to help loosen the pulp from your teeth, while developing a pleasantly sweet and sour taste in your mouth, somewhere between dried fruit and dried apricots. And it is rich in vitamin C and calcium: the goji berry.

You can eat them pure or sprinkle them on your muesli in the morning. It is even said that the little fruit Cardiovascular system support and ensure better sleep.

We always keep you updated on the latest developments.

Native to China, the goji berry has been promoted as a “superfruit” in Europe and North America for some time. This makes it very trendy with fruits like açai, acerola, haskap and moringa. These foods are famous for their high content of valuable ingredients such as antioxidants, minerals or secondary plant substances.

Above all they will be with miracles properties advertised: It is said that they act against the aging of the skin, drive away numerous diseases and, in general, increase well-being. This marketing obviously has an impact on consumers. Goji berries and the like have long had a permanent place on supermarket shelves. A great stir has arisen about the supposed miracle cure. Is it justified?

The term superfruit is not legally protected, it is a marketing ploy that started in the US In theory, every fruit and every vegetable can be made into a new superfruit be picked up. This is where the criticisms of the experts come in.

Many of the supposedly positive effects have not been scientifically proven, says Jana Fischer, food and nutrition consultant at the Hamburg Consumer Advice Center. If health-promoting effects are promised, this must be through Health Claims Regulations be covered, which ensures that information on special product properties is not given arbitrarily.

Fischer explains the clever approach of the superfruit dealers: “Fruits that don’t grow in Germany and weren’t very common a few years ago are advertised with anecdotes and stories about rarities or traditional use.”

The goji berry, for example, has been used in classical medicine for thousands of years. Chinese medicine used. “The stories spark hope for products that ‘can do more’ than the region’s well-known fruit and vegetable varieties,” adds Fischer. Also interesting: How Food Manufacturers Mislead Products

The fruits are sold as a dietary supplement.

Nutritionist Katrin Kleinesper draws a somewhat different picture here. For them, these are not just pure marketing promises. Many superfruits are high in vitamin C, which doesn’t just do that immune system, but the connective tissue is also strengthened. “Above a certain amount, there is actually a certain anti-aging effect,” says Kleinesper. Also read: How useful is an extra serving of protein?

In Germany, the advertised fruits are mainly available as dietary supplements. They are offered in capsules and powder, processed into jams and juices. “However, some micronutrients, such as sensitive vitamins, are lost when they come into contact with oxygen, heat and light,” notes Kleinesper. “If someone barely eats fruit or vegetables or has a very unbalanced diet, dietary supplements can help make up for the nutrient deficit.”

However, the point of the matter is not to swallow a row of capsules, which are highly concentrated nutritious would contain, “but also a lot of additives, like fillers, antioxidants, release agents.”

At this point, Jana Fischer, from the consumer advice center, warns: “An overdose of some substances can be harmful to health.” Dried fruits and juices, some of which have more than 50 percent sugar content, are anything but healthy. for a nutritious food raw fruit continued to be the best.

These vitamins are important for our body

In addition to dubious promises and additives, superfruits are also criticized for their lack of sustainability. On the one hand, the long transport routes, for example from Brazil and the Andes, create a bad situation. carbon footprint. Those who consume maqui powder and acerola in tablets increase their carbon footprint.

On the other hand, the desire to do something good for your body with exotic products leaves its mark on the growing areas. Demand there is driving up prices. The result: For locals, fruits once grown for regional consumption are unaffordable.

Local fruits as a healthy alternative

Do we even need superfruits for a healthy lifestyle? The clear answer from consumer advocate Fischer: “No.” A balanced diet is always based on plenty of fresh fruits and vegetables, “special super fruits are not necessary”. In addition, regional products are in no way inferior to their exotic partners.

As an alternative to açai berries, Fischer recommends blueberries, some of which are even higher in anthocyanins. Black currants have less sugar and more vitamin C than the same amount of dried goji berries. And if you like to eat avocado, you can also use nuts, which contain a significantly higher content of polyunsaturated fatty acids than the green fruit.

Katrin Kleinesper sees it that way. “We can feed ourselves wonderfully with our local fruits and vegetables. And when it’s not in season, she says, we can also open without hesitation. frozen fruit evade.