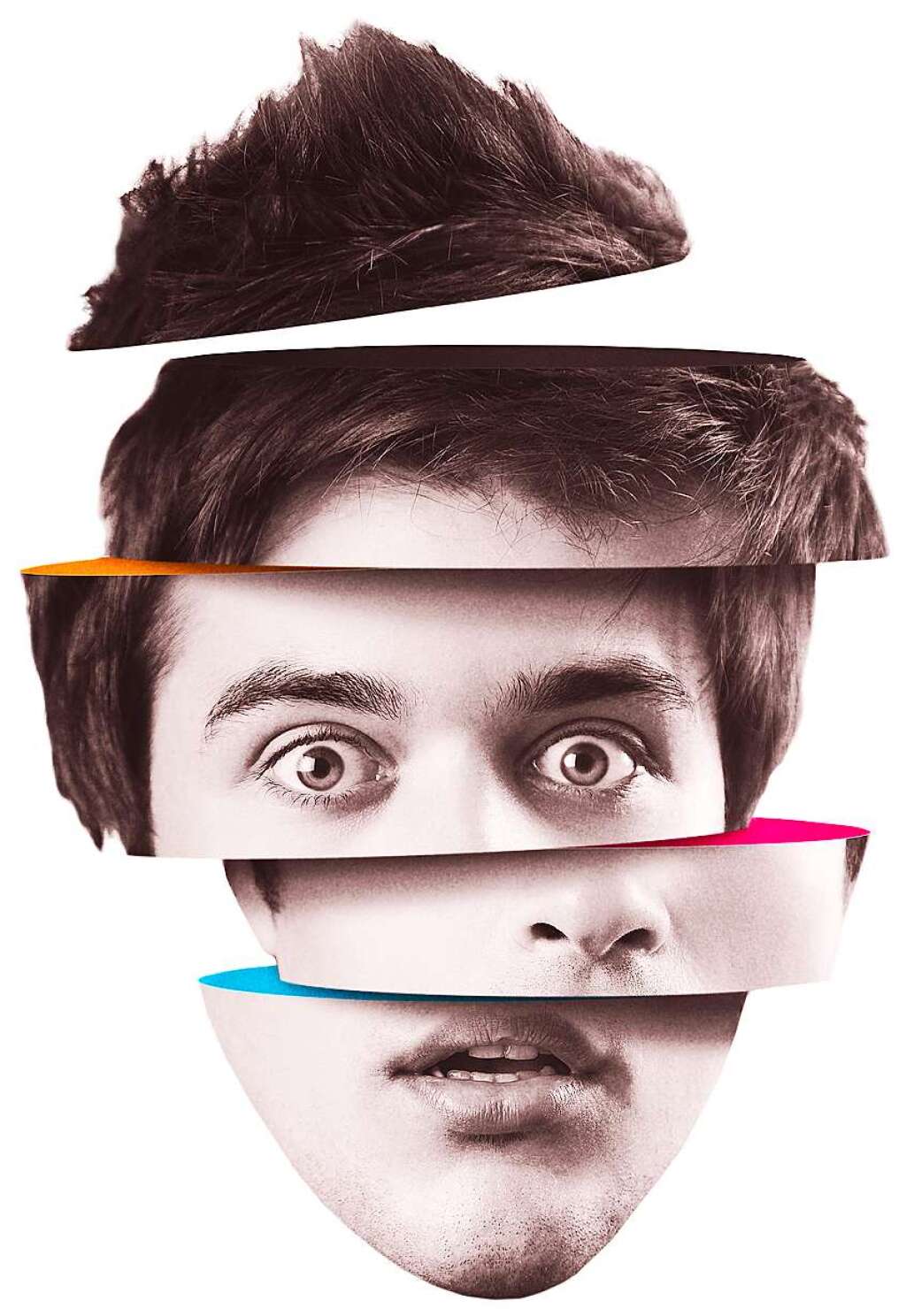 When Lina was still in school, she gave her teachers riddles. Once she completed a math test without errors, a little later she was good enough for a five. One day she was writing with her right hand, the next she was holding the fountain pen with her left hand. Sometimes her letters and numbers were provided with elaborate flourishes, then the embellishments in her handwriting would disappear again.

“Once I got up really early to prepare a presentation, the finished text was already on the printer.” lina

Later, after she had started her studies, she often wondered about herself: “Once I got up very early to prepare a presentation, the finished text was already on the printer,” she says. Lina didn’t realize then that other people didn’t waste hours, days, or weeks like she did. May they not wake up in unknown places without knowing how they got there. That they never find CDs of bands they really hate in their apartment, or that the restaurant waiters don’t bring them dishes they never would have ordered.

It was not until she was 20 years old that she discovered that she was not alone in her body. Her psychotherapist at the time became suspicious after the patient apparently had no recollection of the last session. Lina, now in her mid-40s and going by a different name, has “dissociative identity disorder.”

Under the old common name of “multiple personality”, the phenomenon has become an integral part of pop culture. Characters such as the murderer of women Norman Bates from Alfred Hitchcock’s “Psycho” or the doctor with the face of Janus Dr. Jekyll and his alter ego Mr. Hyde give shape to the idea of ​​the disease.

The disorder is not rare: it is estimated that about one in 100 develops it, women more often than men. The split personality develops in early childhood. According to the current version of the Diagnostic Manual of Mental Illnesses (DSM-5), those affected have at least two, but often many more identities, between which they mostly switch involuntarily back and forth. This leads to typical memory gaps, because an inner person, as a partial personality is also called, cannot remember what the other has done. Many of those affected don’t even know they are sharing their bodies with others until they are diagnosed.

The different parts of the personality are not just different facets of a person, but each character is complex and multi-layered. Each inner person has their own age and gender, as well as special preferences and views. A change is usually easily recognizable to outsiders: it appears as if another being is taking control of the body. Posture and facial expressions often change, a firm, sonorous voice can suddenly turn into soft breathing. There are also clear physical effects: people who live indoors can have their own allergies, for example. Some are blind or paralyzed while the rest have no disabilities.

In 2012, researchers led by neuroscientist Simone Reinders of King’s College London disproved that patients play different roles and compared the brain activity of 11 people with this diagnosis with that of 18 unaffected people, who were supposed to mimic a change in personality. . Some of the healthy subjects had a particularly strong fantasy. However, even the most imaginative among them were unable to produce the characteristic pattern of activation that the patients experienced. Not even professional actors can play different roles so believably that brain scans can’t tell them apart from those with the disorder. The change does not affect only superficial behavior. Different neural networks are activated, the brain suddenly processes stimuli differently, heart rate, blood pressure and even visual acuity change by leaps and bounds.

A dissociative identity structure arises from the emotional distress inflicted on children before the age of five. Experiences in which caregivers intentionally hurt children are particularly important. According to neuropsychologist Yolanda Schlumpf, this type of early childhood abuse is extremely destructive. “It’s poison to the psyche,” she emphasizes. Typically, people with multiple personalities have experienced sexual abuse by family members, many have been victims of ritual violence, torture, rape, or child prostitution; organized crime is often behind this.

“When I had memories of the violence that had been done to me, they were vague and unreal.” lina

“It was the same for me,” reports Lina. She does not want to reveal details to protect her identity. “I continued to have strange scars and unexplained injuries. When I had memories of the violence done to me, they were vague and unreal.” The fact that her experiences were real only came to light when a social worker took Lina’s explanations seriously and evidence of her statements was found in a wooded area: blank cartridges from a simulated shooting. According to Lina, the perpetrators had intimidated a victim who wanted to contact the police.

The internal turmoil of the child forces an internal division

What those affected have experienced is so bad that the reports are sometimes hard to bear, even for experienced therapists, says Michaela Huber. He specializes in the treatment of dissociative identity disorder. When someone experiences abuse early in life, it often comes from parents or other loved ones. The inner turmoil of the child, who on the one hand loves the caregiver and on the other wants to get away from her with all her might, forces an inner split. “But the fact that the personality collapses is a wrong metaphor,” clarifies the trauma therapist. “They can’t even grow together.”

In fact, young children do not yet have a stable self. Like many things, the ability to recognize oneself as an independent being is already built into us before birth. However, to develop them, we need people who take care of us with love, say developmental psychologists. Anyone who has never experienced a protected environment, who endures one atrocity after another and still has to go to school the next day, remains stuck in individual states, so to speak. Because none of this fits.

In fact, the division often follows a certain pattern. There are different types of inner personas: traumatized or carefree children, protective teenagers, and naive, everyday personalities. Another insider is particularly irritating: the perpetrators seem to speak directly about her. She says things like “Being hurt serves you well. You don’t deserve any better.”

Problems stemming from a split personality can be alleviated with the right therapy. “But we therapists first have to help those affected to build bridges between the individual inner persons. Only then can they gradually begin to communicate and cooperate,” explains Michaela Huber.

“More well-trained therapists and more psychiatric institutions that are familiar with the subject are needed.” Yolanda Smurf

The goal is not a fusion of the parts, in which one personality ultimately remains. Inside it will continue to be a us, but hopefully its parts will exchange better and better. At the end of several years of therapy, some of those affected manage to lead a normal and self-determined life. However, many patients have so far been denied such treatment. “We need more well-trained therapists and more psychiatric institutions that are familiar with the subject,” demands Yolanda Schlumpf.

Who is Lina today after successful psychotherapy? “Hard to say,” she says. “We’ve gotten close.” The walls separating her actions had become more permeable. After leaving the violent milieu, she had to officially adopt a new identity. Her internal team decided together how she should be called herself from now on. Today she is doing her doctorate in education at a German university and also lectures at trauma centers. No one around her knows the details of her past. The changes between the internal characters are so subtle that the outsiders do not notice a thing. Her inner team supports her. If someone is not that good at something, someone else will step in. Lina can now not only do everything that the many parts of her can do. She today she also knows what her inner protectors tried so hard to hide from her.