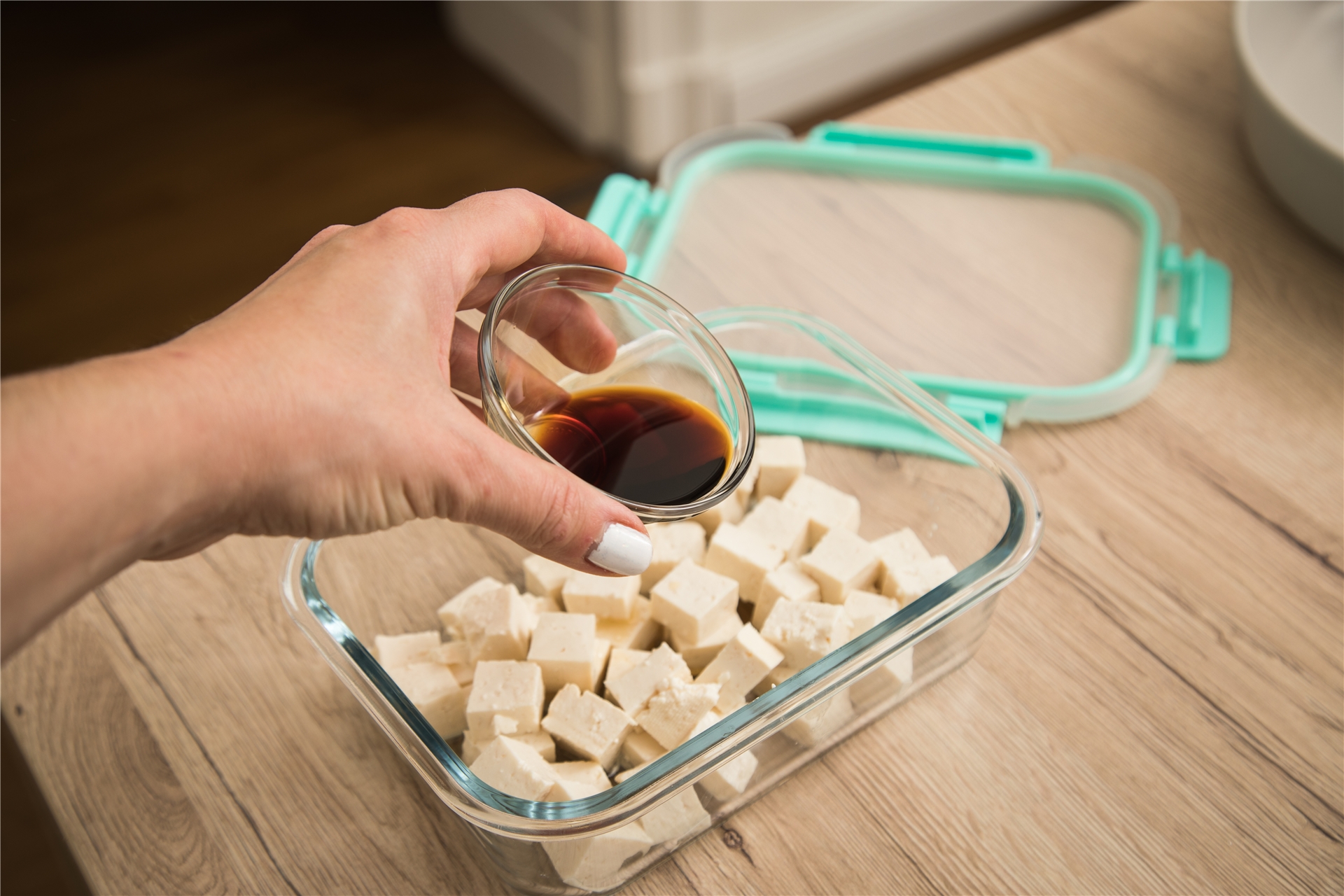 Soybeans have long been an integral part of vegetarian and vegan cooking. Although the bean provides a lot of protein, there is a rumor that its high consumption affects the thyroid gland. Is that correct?

Whether in its original form or transformed into tofu and soy milk, soy has become an integral part of vegetarian and vegan cooking. For years, there have been more and more soy-based milk and meat alternatives in supermarkets.

The bean is known for its high protein content. According to the Federal Nutrition Center, this is about 40 percent in dried beans. Ready-to-eat soy products contain about 11 percent protein.

For a balanced diet, legumes are a very good way to replace the animal protein that is so important, says Stefan Kabisch, study doctor at the Berlin Charité Medical Clinic for Endocrinology and Metabolic Medicine.

What are the positive effects of soy?

However, the bean also contains substances that nutritionists consider in a more differentiated way. This includes isoflavones, which are similar to the female sex hormone estrogen.

For this reason, they are suspected of having a “hormonal activating effect”, as doctor Stefan Kabisch puts it. This means that they can bind to the same estrogen receptors in the body and trigger the same processes as estrogen.

Is soy not as healthy as you think?

Healthy people don’t have to worry about normal consumption, says Kabisch. Due to their regulatory form, isoflavones are “most likely harmless, perhaps even helpful.”

This was also shown by long-term studies from Asia, where soy has been on the menu for much longer. By the way, isoflavones are also found in smaller amounts in other legumes like chickpeas, lentils, and beans.

Does soy affect the thyroid?

And yet, soy is suspected of affecting the thyroid. According to the Kabisch doctors, isoflavones can block a specific enzyme in the thyroid gland. This enzyme is responsible for building active hormones from inactive precursors.

According to Kabisch, if this enzyme becomes inactive, hypothyroidism can develop. Because this effect is so small and not yet clinically relevant, he doesn’t see any health risk to healthy people with normal soy consumption.

Also, the amount of isoflavones in soy is reduced by about a fifth when it is made into tofu.

Who is soy not suitable for?

However, the legume is not suitable for everyone. People with hormonal diseases such as breast cancer and metabolic disorders should have their diet reviewed by a doctor, says Nicole Schlaeger, team leader for healthy eating and nutrition education at the consumer center in North Rhine-Westphalia.

Basically, it advises against substituting dairy and meat exclusively for soy products. It is important to make sure there is a change, and also drink oat or almond milk, ideally fortified with calcium.

In other cases as well, most nutrition experts recommend caution when it comes to soy. Soy milk is not suitable for infants and young children because it has less calcium than cow’s milk and interactions with other hormones are not yet clear. The same applies to pregnant and lactating women.

On the other hand, allergy sufferers should be careful with soy, which also applies to other legumes. According to the consumer advocate, for example, people with birch allergies may overreact to soy.

Are hormones in soy products a concern?

By the way, soy not only plays a role in food. The hormonal effect of isoflavones is also used in dietary supplements intended to help with menopausal symptoms.

Because the artificial dose of 40 to 5,000 mg is many times higher than the natural form (in Western Europe 1-3 mg), according to Dr. Stefan Kabisch, the risk of hormonal side effects could also increase. In his opinion, women in particular who are prone to thyroid disorders should consult their doctor before taking it.