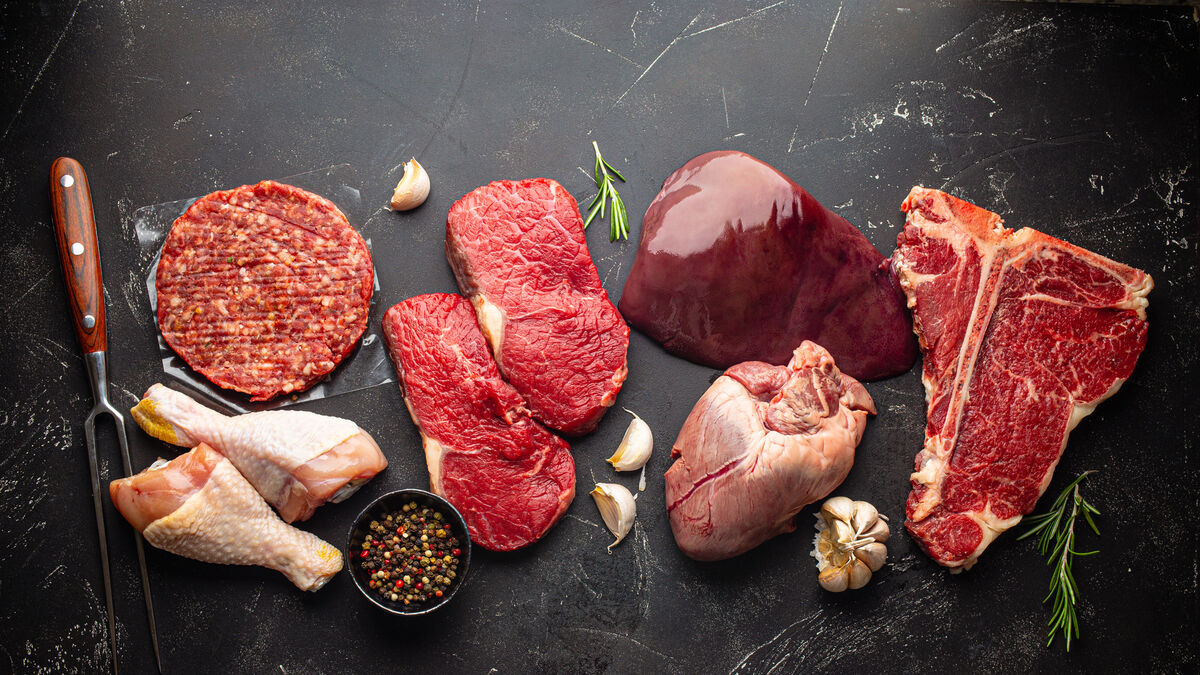 What is a meat diet?

With carnivorous diet, also carnivorous diet, carnivorous diet or simply “meat diet”. only animal products on the table and in the stomach. The word “carnivore” comes from Latin and can be translated as “carnivore”. In other words: mainly standing on this diet meat, water and salt on the menu. In addition to high-protein meat, the diet also allows for fish and eggs. Some purists, however, go without dairy products altogether and eat only dairy products, according to the Stone Age diet. meat and offal the animals. Dieters rely primarily on intake of protein, zinc, iron, calcium and vitamin D. Carbohydrates, fiber and vegetables are not part of the diet.

The Carnivore Diet is geared toward the elite American athlete, physician, and author. dr shawn baker attributed. In 2019, Baker published her book, The Carnivore Diet, which is considered an exposition and rule book for the diet. Everything 900 grams of meat according to Baker, it should be consumed daily as part of a carnivorous diet. Hardly anyone gets that amount of meat naturally. In general, meat consumption in Germany is trending downward, according to the Federal Agency for Food and Agriculture (BLE): in 2021, Germans ate around 55 kilograms of meat per capita. That’s the equivalent of about 150 grams a day. Ergo: People who want to go through a meat diet should make their own Increase your meat consumption six times and do without fruits and vegetables. The diet is set for the most part. Red meat together, for example beef steak or lamb chops. Carbohydrates and fiber are taboo.

What happens if you only eat meat?

First of all: the carnivorous diet divides minds. Opinions differ as to whether a meat-only diet is healthy, unhealthy, or even dangerous. Scientific studies dealing with the Carnivore Diet are still pending.

Benefits of the meat diet

Proponents of the meat diet swear by the positive effects a meat diet is said to bring. The fact is: Meat provides the body with many important nutrients. In addition to protein and iron, beef liver, for example, also provides 23.6 mg of vitamin C. Ergo: If you plan your meat-only plan well, you can only get so many important nutrients through meat. According to Die Fleischfresser, the carnivorous diet can also reduce the risk of diet-related diseases, for example high blood pressure or diabetes, Prevent food intolerance (for example, gluten, fructose or lactose) and preventively allergies plays. In addition, as a consequence of the increase in meat consumption testosterone levels Y muscle development it is strengthened and blood sugar fluctuations are prevented. And also mood and focus should get better, promise supporters of the carnivore diet.

Disadvantages of the carnivore diet

Every one-sided diet sooner or later leads to a deficiency of nutrients in the body. Like the cabbage soup, pineapple, and watermelon diets, the same principle applies to the meat diet. can become one Nutrient and vitamin deficiencies. coming soon, nutritionists warn. In addition, experts criticize the lack of studies on possible long-term effects a meat diet. Anyone who has possible “weak spots” in his body should take a close look at them and weigh them up: if he suffers from cardiovascular disease, for example, he should avoid a meat diet. The type of diet can make your symptoms worse. Other than that, the carnivore diet is nothing special environmental friendly, among other things due to the increase in greenhouse gas values. Y: that too ethical aspect of a meat diet is highly questionable.

In the video: Meat diet: can it really be healthy?