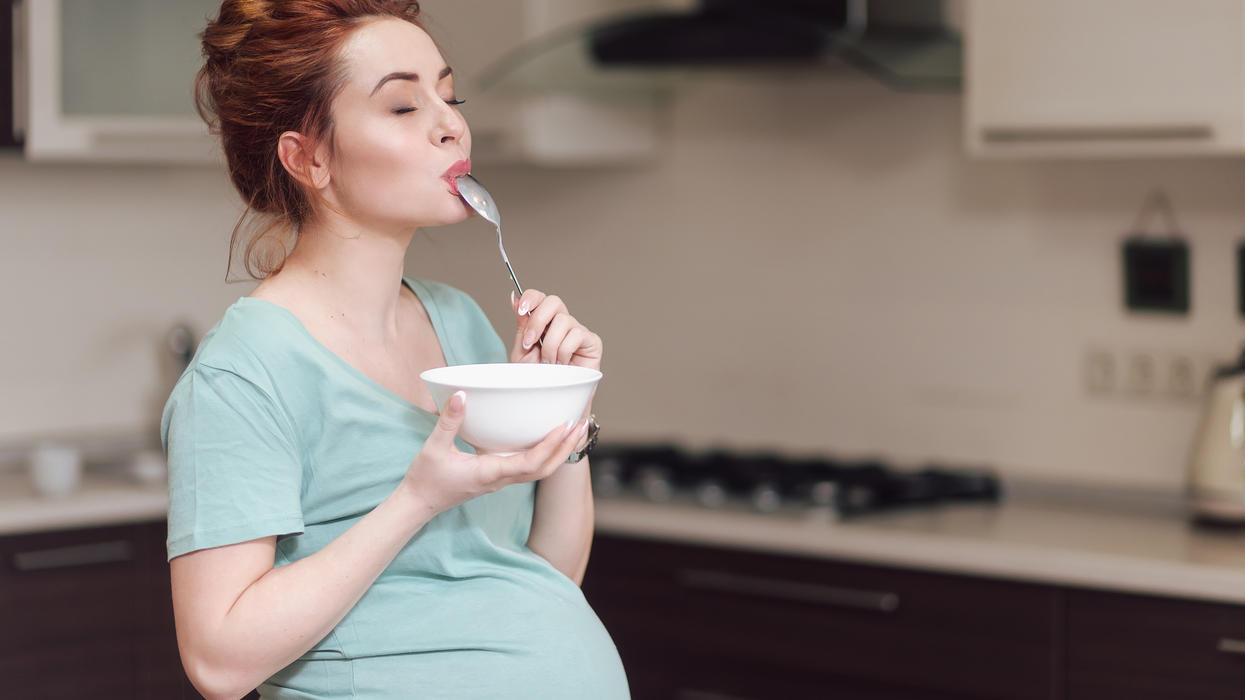 Pregnancy is a very special moment. Most mothers-to-be want to do everything they can to give their baby a healthy start in life. Diet plays an important role in this. Certain foods can affect not only the health but also the intelligence of the baby, both positively and negatively. It is best to avoid these foods during pregnancy.

Diet in the first 1,000 days has a significant impact on life

The fact is that the diet in the first 1000 days of life sets the course for later life. Eating a balanced diet during pregnancy and lactation not only minimizes the risk of obesity in the baby, but also prevents the development of high blood pressure, diabetes, cardiovascular disease and asthma.

The 1,000 days count not only from the moment of birth, but already during pregnancy. Because even in the womb, the embryo develops preferences: everything that the mother eats receives and shapes the baby. This explains why a healthy and balanced diet is so important during pregnancy.

The following applies: Eat as healthy and varied as possible, but don’t go crazy. A chocolate bar or the occasional potato chip, cake, or ice cream is also perfectly fine, as long as you eat mostly fresh, unprocessed foods. Vegetables, fruits, legumes and whole grain products in particular should be on the daily menu, as well as plenty of water. However, animal products such as meat, eggs and fish and healthy fats should only be eaten in moderation.

However, there are also foods that not only harm the health of the child, but also slow down his mental development.

Reading tip: What are developmental delays in babies and when are they noticed?

Licorice can affect the mental development of the fetus

For some it’s pickles, others develop a craving for potato chips during pregnancy, others for buttermilk – the notorious cravings manifest differently for every pregnant woman. However, if you have an appetite for licorice, you should be careful and only give it to yourself in moderation.

Licorice contains licorice root juice, which in turn contains the sweetener glycyrrhizin. A long-term Finnish study in 2017 showed that this can have a negative impact on the development of the fetus. Consequently, children of mothers who had consumed more than 500 mg of glycyrrhizin per week during pregnancy subsequently had behavioral and concentration problems.

This is because glycyrrhizin makes the placenta more permeable to stress hormones from the mother. Consequently, the concentration of cortisol in the body of the fetus also increases, which in turn can impair the physical and cognitive development of the baby. Researchers at the University of Helsinki were able to verify that both the memory and intelligence performance of children and adolescents of mothers who had consumed a lot of licorice during pregnancy were on average up to seven IQ points worse on intelligence tests. There is also evidence that glycyrrhizin may also increase the risk of preterm birth.

So when it comes to licorice, less is definitely more. According to scientists, it becomes risky from an amount of about 500 mg of glycyrrhizin. per week. This corresponds to about 250 grams of licorice.

Reading tip: Early intervention yes or no? This is how you can properly support babies.

Fruits and vegetables are rightly considered healthy: they not only provide many vitamins, but also provide the body with important minerals and secondary plant substances. These have a variety of functions in the body and protect, for example, from free radicals that are produced during stress, sports or UV radiation.

With the five recommended daily servings, you prevent cardiovascular diseases and obesity. Because the more healthy foods fill our stomach, the less room there is for unhealthy foods. In addition, the abundant fiber it contains contributes to a longer satiety and incidentally prevents cravings.

However, pregnant women should always wash fruits and vegetables. Cause: Certain pesticides (plant protection products) can affect a child’s IQ. American researchers from UC Berkeley, Columbia University and the Mt. Sinai Medical Center in New York were able to show in a study that so-called organic phosphates can disrupt the developing brain of the fetus during critical phases of development.

This, in turn, also has a negative impact on IQ: Their son’s IQ at age seven was on average 5.5 points lower than that of typically developing children in the same group of age if the mother consumed ten times the amount of organic phosphates. IQ dropped even more when the mother was exposed to more pesticides.

Reading tip: Dirty Dozen: These 12 Fruits and Vegetables Are Particularly High in Pesticides

Alcohol is taboo during pregnancy

Drinking is important. Especially during pregnancy, our body has a lot to do with transporting nutrients and caring for mother and child alike. Pregnant women should consume mostly calorie-free beverages, such as water and unsweetened fruit teas. Coffee is also allowed in moderation: however, doctors recommend no more than 300 mg of caffeine per day, which corresponds to about two cups of coffee per day.

Alcohol, on the other hand, is strictly taboo. Because alcohol enters the fetus’s bloodstream directly through the placenta. Consequently, the child drinks and is as drunk as the mother. This disrupts organ development, especially the brain and nervous system. The so-called Fetal Alcohol Syndrome (FAS) is manifested through memory and learning difficulties and limited impulse control. Additionally, children with FAS are often hyperactive and have difficulty planning actions or learning from mistakes.

Since even the smallest amounts of alcohol during pregnancy can lead to fetal alcohol syndrome in the fetus, mothers-to-be should also avoid cooking with alcohol or chocolates containing alcohol, for example.

Pregnant women should also avoid energy drinks. They not only contain high amounts of caffeine, but also taurine and inositol, which can have a negative effect on the child’s brain metabolism.

Reading tip: Reducing the risk of allergies in babies: why nutrition is so important during pregnancy

Be careful with meat, sausages and fish. At least when it comes to raw sausages or raw fish. For example, while bologna is one of the boiled sausages and is heated accordingly, salami is one of the raw sausages. This does not heat up, so germs and parasites can be transmitted through it. Therefore, pregnant women should not eat these products.

In addition to salami, the ban also applies to Teewurst, Black Forest ham, salmon, and Parma and Mett ham. Undercooked meats and raw cured meat products should also be taboo during pregnancy. Raw meat and sausage products can trigger toxoplasmosis. If the infection occurs during pregnancy, it can cause severe brain damage to the fetus.

Reading tip: Stupid instead of full: These foods damage our brains!

Only consume soft drinks in moderation

The fact that sugar promotes obesity and the development of cavities is not new. A study from the Harvard TH Chan School of Public Health in Boston has now also shown the connection between high sugar intake – both during pregnancy and in the first years of life – and the cognitive development of the child. To do this, the feeding of the children was documented. They then examined how the mental abilities of children between the ages of three and seven had developed.

The study published in the American Journal of Preventive Medicine showed that the more sugar pregnant women drank in the form of soft drinks, the worse their children’s cognitive abilities developed. They showed poorer memory and also less developed non-verbal intelligence. And the fine motor skills of these children were also less developed.

Therefore, the following applies: Avoid foods high in sugar, such as soft drinks, prepared cakes and the like, as they contain a lot of calories and fat, but do not provide any nutrients. Ideally, it should be the other way around, especially during pregnancy.

The brain grows fastest in the first three years of life

By the way, the fact that nutrition influences intelligence also applies later. The long-term study “Avon Longitudinal Study of Parents and Children” examines the long-term health of 14,000 children. British researchers at the University of Nottingham found that nutrition has a significant impact on children’s intelligence. The scientists summarized their results in the “Journal of Epidemiology and Community Health” in November 2021 as follows: The healthier the diet, especially in the first three years of life, the higher the children’s score on the intelligence test.

A diet high in sugar, unhealthy fats, and high in processed foods results in a lower IQ. Meanwhile, a diet rich in nutrients and vitamins can boost intellectual development throughout childhood. For example, a three-year-old’s current diet may affect the IQ she will have when she is eight and a half years old.