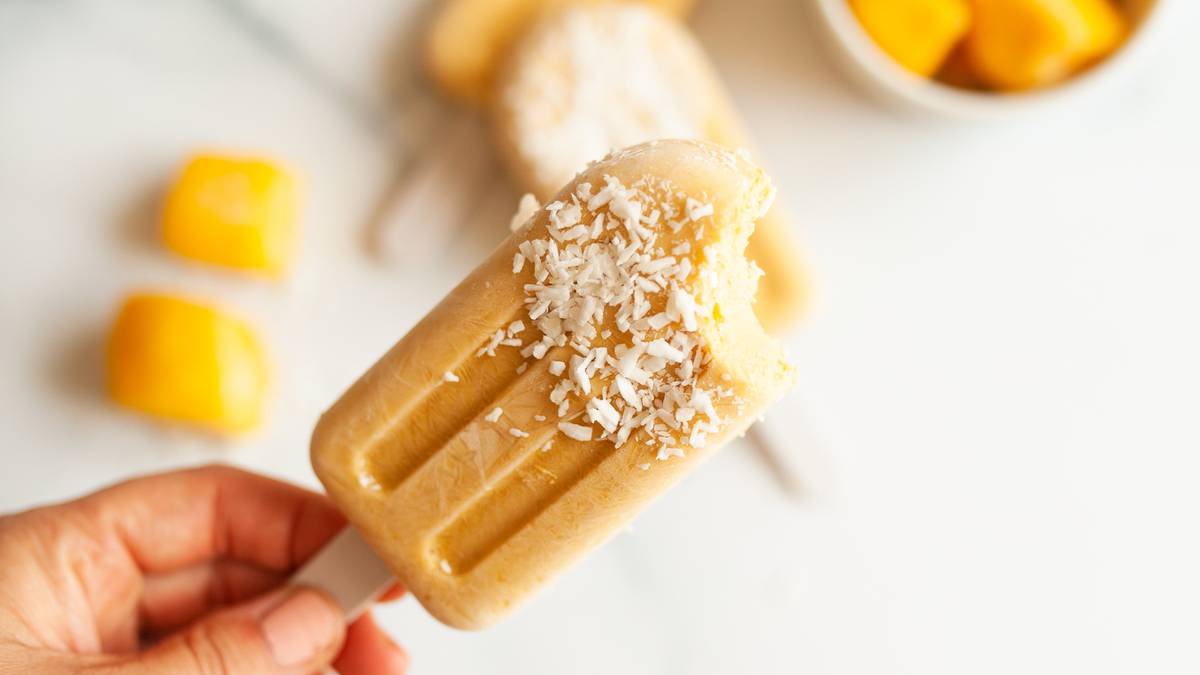 Blueberry Coconut on a Stick or Vegan Melon Ice Cream? A look in the freezers of supermarkets, gas stations or kiosks makes the nostalgia despair: where have only the frozen water full of artificial colors or the emulsifier-rich nut mixture in the waffle cone gone? ? Apparently, they were victims of the spirit of the times. Because industrial ice cream manufacturers are also committed to healthy enjoyment and more sustainability. Aid?

Per capita consumption has fallen significantly

After all, the industry had to deal with quite a few ice crashes: while an average of 124 tablespoons per capita were consumed in 2018, in 2021 it was just 113 tablespoons, corresponding to 7.9 liters of ice. This is reported by the Federal Association of the German Confectionery Industry (BDSI).

Apparently, the weather also played a decisive role. The ice season usually starts in April. But last year was particularly cold with an average of six degrees and sometimes frost and snow. And although ice cream advertising always likes to suggest summer sensations for each season, very few seemed to believe that they could warm up with an ice cream lollipop at home. To make matters worse, the summer of 2021 brought extreme rain and also decreased the desire for ice cream.

In addition, potential ice cream outlets such as restaurants, cafes, and beer gardens, as well as swimming pools and amusement parks, were closed due to the coronavirus.

However, there is no cause for concern among ice cream makers: after all, ice cream parlor, soft serve and branded ice cream makers did not have to accept a big drop in sales despite lower consumption. Although the amount of ice cream sold fell nearly 7 percent between 2020 and 2021, sales only fell 2.4 percent. According to industry insiders, the ice cream was often sold at a higher price.

The BDSI is optimistic about the ice cream business this year: “The ice cream category is and will continue to be attractive,” says the branded ice cream section. Manufacturers have expanded their range. There is more high-quality “premium ice cream stick”, more “ice cream bars to snack on” and above all lots of vegan ice cream. Variants with “cookie pieces” and salted caramel dominate the varieties. One tries to get kids to lick ice cream again, especially with references to Disney movies and “Star Wars.” In addition, milk-free sorbets or protein-rich “fitness ice creams” are advertised. Among other things, pea protein is used for the latter. It is sweetened with maple syrup or sweeteners such as erythritol.

Will that promote the sale of ice cream if milk and sugar are replaced as basic ingredients? After all, they are crucial to the creamy consistency. Milk is definitely not necessary. Even the chocolate ice cream is sherbet based and therefore vegan. Sherbet, on the other hand, is not a new invention. The semi-frozen dessert based on sugar and fruit juices or fruit purees was already known in Italy in the 16th century. The Arabs probably invented it. Ice cream connoisseurs appreciate the fact that neither the fruit flavor nor the cocoa is masked by the milky flavor of the sorbet.

And the vegan ice cream variant sorbet has another advantage: it is much easier to make at home than milk ice cream. This again could spell disadvantage for industrial ice cream manufacturers. On the other hand, summer is just beginning.