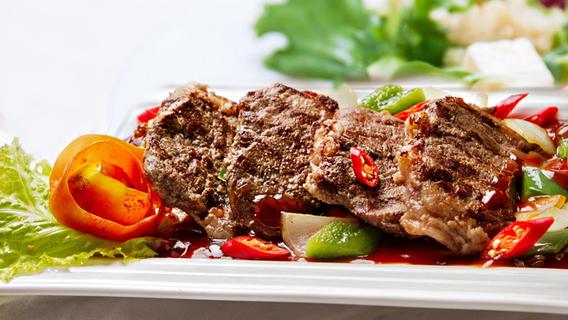 – Excessive consumption of red meat is bad for health. This is now well known. But the wrong vegetarian diet can also increase the risk of death, according to a new study. What’s behind?

Excessive consumption of meat is bad for health. People who eat red meat regularly are more likely to develop diabetes, cardiovascular disorders, or colon cancer. This was the conclusion reached by researchers at the Harvard School of Public Health in Boston.

A primarily plant-based diet, on the other hand, is considered very healthy. However, only under certain conditions, because an incorrect vegetarian diet can not only be extremely unhealthy, but also cause a significantly increased risk of death. That’s what researchers at Loma Linda University in California found.

Study with more than 77,000 participants

What fitbook.de reported, the researchers had 77,437 people complete a questionnaire. The participants were asked to mark among more than 200 foods which of them are part of their daily diet. In addition, the subjects provided additional information on weight, lifestyle, medical history, alcohol consumption, exercise, sleep, etc.

After seven and a half years, 9,293 of those surveyed had died. The researchers developed a static model to find out what caused their death, what diseases they suffered from, and what they ate. This helped them see each variable independently. They specifically examined the intake of ultra-processed foods. The results were published in the specialized magazine American journal of clinical nutrition.

This is how ultra-processed foods make you sick

“Our study addresses the question of what makes a vegetarian diet healthy or not,” explains study leader Professor Gary Fraser in a university statement. “It appears that the proportion of ultra-processed vegetarian foods in the diet is actually more important than the proportion of animal-based foods in terms of risk of death.” Above all, sweets, soft drinks and certain meat substitutes are among ultra-processed foods.

A high consumption of these foods is associated with the development of various diseases. These include respiratory and kidney diseases, as well as neurological deficiencies, Alzheimer’s and Parkinson’s. However, eating a lot of red meat also has a negative effect on health and can increase the risk of cancer and cardiovascular disease.

Anyone who eats around 40 grams of red meat a day increases their risk of death by eight percent, provided they avoid ultra-processed foods as much as possible.

Fraser emphasized that a vegetarian or vegan diet consisting of the wrong foods can be extremely harmful to the body and increase the risk of death. “If you’re interested in living longer, you should avoid a diet rich in processed ingredients,” Fraser said. “Also, make red meat an exception. It’s that simple.”